Why would a testrix leave a gift of no value to a prominent person in her life?

The case of Beasant v Royal Commonwealth Society for the Blind and others [2022] EWHC 1319 highlights that the law is something of an ass. This case is an appeal from two decisions of the Master in 2021 about the wording of Audrey Arkell’s Will.

The provisions of Ms Arkell’s Will

Clause 4 of Ms Arkell’s Will provided:

4.1 In this clause the ‘Nil Rate Sum’ means the largest sum of cash which could be given on the trusts of this clause without any inheritance tax becoming due in respect of the transfer of the value of my estate which I am deemed to make immediately before my death.”

Clause 5 gave Mr Beasant the deceased main residence at her death free of tax and free of mortgage. Clause 6 gives Mr Beasant free of tax all her shares in Imperial Brands plc and clause 7 gave him all her personal chattels free of tax.

Clause 8 gave various pecuniary legacies totalling £45,000 to 6 different people, each of them free of tax. Clause 9 gave the residuary estate subject to payment of her debts, funeral and testamentary expenses and IHT to the trustees to divide it between 21 organisations all of which were thought to be charities – in the event 20 were and one was not.

Clearly, from this Mr Beasant was a significant person in Ms Arkell’s life and this was confirmed in the lawyer’s witness statement.

What is the problem here?

The value of the non-charitable gifts in clauses 5 – 8 significantly exceeded the nil rate band (NRB) for Inheritance Tax (IHT). This means on the face of it that the gift in clause 4 of such of the NRB which has not been used up to Mr Beasant, results in him getting zero from this gift. Is that what Ms Arkell intended?

This case was run on the basis of the construction of the Will. There was no claim for rectification, which is a pity as usually the court would interpret the drafting of the Will first and if the Will fails to carry out those intentions, consideration would be given to whether it could be rectified. Perhaps those advising did not feel there would have been grounds for rectification since there would have to have been a clerical error or a failure to understand the instructions given by the testatrix rather than a failure to understand the way IHT works.

As far as construction is concerned, the intention of the testatrix as expressed in the words of the whole Will is found and the meaning of the Will and every part of it is determined according to that intention. The focus of the case was on whether or not there was any ambiguity in the wording of the Will. This is not surprising given s.21 Administration of Justice Act 1982 which says:

“Interpretation of Wills – general rules as to evidence

However, why focus on ambiguity when clearly it is meaningless to make a gift of the NRB to a person if on the face of the Will they will not receive a penny from the gift? Instead, counsel for Mr Beasant focused on whether there was ambiguity within clause 4 itself. The arguments for this were dismissed by the Master in the 2021 hearings and were dismissed again now in the judgement of Sir Anthony Mann.

The Master rejected the submission that it cannot have been the intention of the deceased to pass nothing to Mr Beasant under clause 4 because otherwise why include the clause in her Will. Why did the Master and now Sir Anthony decide that is exactly what the testatrix intended? It would seem that given the words of clause 4 make sense as a matter of English and have only one meaning in themselves and in a fiscal context they are not ambiguous. When placed in the context of the rest of the Will they still have only one meaning. So, if the words are not ambiguous you cannot bring in extrinsic evidence of the testatrix’s intention to help with its interpretation.

The outcome of this case feels wrong. The law is not upholding the desire of Ms Arkell to provide for a prominent person in her life as fully as she clearly thought she was doing. This may well be as a result of the negligence of her Will drafter, and this may yet be what Mr Beasant has to prove next to secure a remedy. 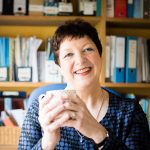 Whither the IHT 205Gill's Blog
This website uses cookies for functionality and to help us to improve the experience of the website. By continuing to use this website, you accept their use or you can also change your personal settings.