The Ancillary Dwelling and Main Residence Relief for CGT

Much has appeared in the tax press about the lack of multiple dwelling relief for Stamp Duty Land Tax (SDLT) and ancillary dwellings. It is quite ironic therefore that a recent main residence relief case for Capital Gains Tax (CGT) has allowed relief on an annexe/bothy.

The facts are that Roger Crippin owned a substantial residence in Peebles, Scotland. Adjacent to the house was a ‘bothy’ which was converted into a three-bedroom flat. The bothy had a separate entrance but was connected by a first-floor balcony. The two properties were close enough so that somebody could see into one of them from the other. The Crippin family kept some of their belongings in the bothy and had free access to it but for most of the time it was occupied informally by friends, who made contributions to running expenses. The owner’s parents occasionally stayed at the bothy overnight.

Roger Crippin purchased a family home in his sole name. The property comprised a dwelling house (Loaningdale) and the bothy. He then occupied the property with his partner (Ms McKean) and subsequently they had four children between 2007 and 2011. Mr Crippin later applied for planning permission to turn the bothy into a three-bedroom flat (it was called ‘Benko’). Benko was sold to Ms McKean for £200,000 to raise funds for Mr Crippin to repay a business loan.

HMRC assessed the disposal of the second property to CGT. Mr Crippin appealed, on the basis that it formed part of his principal private residence. The First-tier Tribunal (FTT) considered the evidence presented. The FTT were of the view that, following Lewis v Rook [1992], SC 171, it was possible for a physically separate entity to be part of a person’s main residence provided that certain conditions were achieved.

The FTT also considered (although unnecessary in the light of the conclusion on main residence relief) Mr Crippin’s alternative argument that Ms McKean already had 50% beneficial ownership of Benko. However, as Scots law does not distinguish between legal and beneficial ownership and the property was in Roger Crippin’s sole name (and situated in Scotland), this argument was rejected.

On balance the FTT found as a fact that the Crippin family kept ‘stuff’ in the bothy and that family members used the property enough to say that it was occupied as part of the family’s main residence, at least up to the point at which it was marketed as being for holiday lets. As the period from then to the sale fell within the final 36 months of ownership the whole of the gain on the disposal was eligible for only or main residence relief.

The Crippin appeal was upheld by the FTT and there is a lot to learn from this case. The tax position of the partner (in this case Ms McKean) should be reviewed. The change to furnished holiday accommodation does mean the main residence relief will be lost but then a whole new wave of CGT reliefs will apply to that operation. Where any residence is purchased with an annexe/bothy/additional property in the grounds it is key to understand the SDLT on purchase and the CGT impact of use of the additional property. For anyone in such a position, plan ahead! 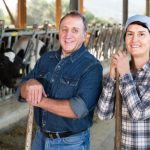 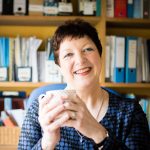 The Inheritance Tax (Delivery of Accounts) (Excepted Estates) (Amendment) Regulations 2021Gill's Blog, Tax
This website uses cookies for functionality and to help us to improve the experience of the website. By continuing to use this website, you accept their use or you can also change your personal settings.