A few months ago, we reviewed the main types of Wills admissible under French law and their required formalities.

More specifically, the most common type of French Will, the testament olographe – handwritten French Will- is subject to rules of formal validity that are much simpler than that of an English Will. Article 970 of a French Civil Code provides that: “To be valid, a French handwritten Will must be entirely handwritten, dated and signed by the testator. It is subject to no other formal requirement”.

The language in which a French Will is written is not a condition of validity of the Will. A testament olographe can be written in any language, not necessarily in French.

And yet, the language in which a French Will is written is also fundamental. The French Civil Supreme Court, in a recent decision (Cour de Cassation, 1ère Chambre Civile, 9 June 2021, 19-21.770), reminds us that the Will must be in a language understood by the testator.

In this case, a German national, Mr G., who lived permanently in France, had written a testament olographe in French, in which he bequeathed his estate to his sister, Mrs P., subject to any reserved rights of his three children under French succession law. In the presence of three children of the Deceased, French succession law provides that their reserved portion of the estate is three-quarters, hence leaving Mr G. free to leave the remaining one-quarter – the freely disposable portion of his estate – to his sister Mrs P. Alongside his French handwritten Will was a typed translation in German, albeit with some translation discrepancies. Mr G. passed away in France a few years later.

It was admitted by all parties that Mr G. only spoke German and did not speak nor understand French. It was assumed that Mr G. would have relied on the German translation that accompanied his Will to understand his handwritten French Will.

After unsuccessful attempts to resolve the matter amicably, Mrs P. took legal action against her nephews to force them to deliver her legacy as provided under Mr G.’s French handwritten Will.

The Court of Appeal admitted the validity of Mr G.’s French Will on the ground that the Will met all conditions of formal validity required in article 970 of the Civil Code: it had been handwritten, dated and signed by Mr G.

However, the Civil Supreme Court overturned the Court of Appeal’s decision on the ground that a French Will, albeit entirely handwritten by the testator, but in a language that he did not understand, could not be regarded as a valid expression of the testator’s last testamentary wishes. The Will was deemed invalid.

The fact that the French Will was accompanied by a translation in the testator’s mother tongue was not deemed sufficient evidence that Mr G. understood his French Will while writing it.

Otherwise stated, the French law requirement that a French testament olographe shall be written by the testator’s own hand, is to ensure that the testamentary wishes as expressed in the Will are those of the testator himself.

Handwriting a French Will also means understanding it. In this decision, the French Civil High Court reminds us that this condition necessarily implies that the Will is handwritten in a language that is fully understood by the testator, failing which it cannot be regarded as the faithful expression of his last testamentary wishes.

If Mr G. had written his French Will in German, an official translation in French would have been requested after his death by the Notaire in charge of the administration of his estate. However, none of his heirs or beneficiaries would have been able to argue that the Will was not valid.

Alternatively, Mr G. could have chosen an authenticated French Will otherwise, known as testament authentique, which is a Will received by two Notaires or by one Notaire and two independent witnesses. Again, an authenticated Will does not necessarily have to be written in French to be valid. Article 972 of the Civil Code provides that if the two Notaires – or the Notaire and the two witnesses – understand the language of the testator, the authenticated Will can be written is this language. If the Notaire(s) and/or witnesses do not understand the testator’s language, then a sworn translator must be appointed.

To conclude, non-fluent French speaking testators must write their French Will in their mother tongue or in any other language that they fully understand, failing which any of their heirs and beneficiaries could challenge the validity of their Will.

Florence Richards
Florence Richards is a French Property and Tax adviser at Furley Page Solicitors, previously working as an avocat in France. She advises clients in respect of French tax and French property and estate matters. She is also a member of the Association of Taxation Technicians (ATT). T | 01227 763939 W | Furley Page Solicitors E | france@furleypage.co.uk
Recent Posts 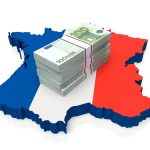 A New Twist On French Forced Heirship RulesWills
This website uses cookies for functionality and to help us to improve the experience of the website. By continuing to use this website, you accept their use or you can also change your personal settings.