With interest rates having been at an historic low for a few years now, you might ask why the payment of interest on legacies has any relevance. Whilst, looking back, we’ve not even been paid peanuts, even on substantial sums, the economic climate is changing. Recently, both the Federal Reserve Board (US) and the Governor of the Bank of England have indicated that inflation is rising and interest rates will also rise. If interest rates generally increase, the rate of interest on legacies will likely also increase, although perhaps not immediately.

Interest is payable on general legacies. It is not payable on specific legacies – they carry the right only to the income generated by the subject matter of the legacy.

The interest on general legacies is normally payable if the legacy has not been fully satisfied before the first anniversary of the testator’s death (i.e. by the end of the “executor’s year”), unless there is a counter-indication in the will – note counter-indication, not contra intention. The will might direct that a legacy carries a right to interest from the date of death, or the legacy is within one of the exceptions discussed below.

A direction that a legacy is to be paid “as soon as possible”, or is not to be paid within 6 months of the death does not affect the date from which interest on the unpaid legacy runs.

Interest is payable on the amount of the legacy unpaid at the end of the executor’s year, or such other date from which interest runs, until the legacy is satisfied in full. Any payment on account of the legacy is applied first in satisfaction of the interest accrued to that date, with the excess reducing the balance of the legacy outstanding (re Morley’s Estate, Hollenden v. Morley [1937] 3 All E R 204). Should the legacy abate, it will be necessary to identify if any payment received could represent interest, and for the monies received to be allocated appropriately.

Unless the will specifies otherwise, interest on a general legacy is payable at the basic rate for the time being on funds in court (Paragraph 15, Practice Direction 40A, CPR Part 40) – the Court Rate – currently 0.05%.

Interest is not compounded, so that any calculation will be for the period during which the interest has accrued. The rate of interest, whilst fixed by reference to the Court Rate, will vary with that rate in relation to any element of unpaid legacy (but such variation will apply only from the date of the rate change).

There are three categories of “legacies” that I consider below:

Where the intestacy rules apply, and the surviving spouse/civil partner is entitled to the statutory legacy, interest is payable on the legacy from the date of death at the Bank of England rate (the Rate) in accordance with s.46(1A) Administration of Estates Act 1925 (as amended by s.1(3) Inheritance and Trustee Powers Act 2014). The rate of interest for any particular estate is fixed as at the date of death.

There are a number of circumstances in which the rights of a beneficiary of a general legacy to interest on that legacy do not follow the position set out under “General Points”, above. The following is not an exhaustive list of all such legacies, it comprises only those that practitioners may more often have to consider.

Where there is a counter-indication in the will: the terms of the will override the “default” position set out above, and the beneficiary will be entitled to interest in accordance with the scheme set out in the will. If the will merely sets the rate at which interest is to be paid, this will not affect the date from which interest becomes payable, nor the principle that any distribution will first be applied in satisfaction of interest accrued to that date.

Legacies to an executor: where there is a legacy to an executor, in that capacity, there is a rebuttable presumption that it is to compensate them for their trouble in administering the estate. If, say, X is appointed executor and there is a legacy to “my friend X” the presumption is rebutted. Interest on the legacy to an executor is payable from the time the legacy becomes due (Angermann v. Ford (1861) 9 WR 512). That raises a question, which is not wholly resolved, as to when the legacy becomes due. The general view appears to be it becomes due when the executor takes up their duties, which will often be shortly after the death. However, if they do not prove the will at the outset they may save their right to the legacy by obtaining a grant of double probate later on, with interest then accruing only from the date of that grant.

If an executor is a minor, they will not be entitled to the legacy, or any interest thereon, unless they prove the will once they have attained their majority. This could cause administrative difficulties if the estate has been fully distributed by then.

Legacies to spouses or civil partners: the general rule applies unless the will directs that the legacy is to be paid immediately on the testator’s death, in which case interest runs from the date of death.

Vested legacies payable at a future date: carry interest only from that date, and not before (Re Scadding (1902) 4 OLR 632). Any interest earned on the legacy before that date will generally form part of the residuary estate. If the legacy is payable, say, on the termination of an interest in possession, interest will run from the date of the termination. However, if the event giving rise to payment of the legacy happens during the testator’s lifetime, the legacy will carry interest from the end of the executor’s year.

It must be noted, though, that if the legacy is severed from the corpus of the estate (e.g. it is given to trustees on trust for the legatee) interest will run from the end of the executor’s year (Morpeth v. Williamson (1926) NZLR 39). However, if the severance is for administrative convenience only, interest will run only from the date fixed for payment (Festing v. Allen (1844) 5 Hare 573).

Contingent legacies: A contingent legacy does not carry any right to interest until the contingency is satisfied. For example a legacy of £1,000 to Y on attaining the age of 21 years – Y will be entitled to be paid £1,000 on their 21st birthday, with interest accruing only from the day after that birthday (provided that the event occurs after expiry of the executor’s year).

Legacies to persons in whom the testator stands in loco parentis: This naturally includes a child of the testator. Provided that the gift is to the minor (and not to trustees for the minor) it carries interest from the date of death, and is payable upon the beneficiary attaining their majority, or marrying under that age. This rule is based upon the natural obligation to maintain the child during minority and may be displaced if vesting of the legacy is deferred until after the minor attains their majority, or if there is another gift in the will specifically to maintain the minor. If the rule is displaced, the legacy is treated the same as a legacy to an unrelated person.

“Legacies” given by an instrument of variation

The variation of the dispositions of an estate by an instrument of variation (IoV) effective for the purposes of s.142 Inheritance Tax Act 1984 is a gift by the original beneficiary entitled, regardless of how it might be dressed-up within the documentation.

Where a variation purports to create a “legacy” of, say, £10,000 it is the original beneficiary making a personal gift of that sum. It would unusual for the recipient of a personal gift of that nature to expect their benefactor to add interest to the principal sum if, say, payment is made a while after it was promised. On that understanding, irrespective of how the gift might be defined within the variation, unless the variation specifically includes provision for the payment of interest on any particular gift, the recipient has no right to interest on the sum given to them under the variation.

It may be argued that by describing a gift within a variation as a “legacy” the rules relating to legacies generally (including interest) will apply. However, mindful that a variation is often completed after the end of the executor’s year, what would be the starting date for calculating any interest entitlement? In any event, is the beneficiary making the variation informed of the rules applicable to legacies, thus enabling them to make an informed decision? Many might even take umbrage at the thought that, in addition to the gift intended, the recipient would be entitled to interest!

Helpfully, some variations include a provision that a beneficiary of a fixed sum under a variation has no entitlement to interest or income until payment of the fixed sum is made, thus resolving the question before it can be raised.

Paul Saunders FCIB TEP
Paul Saunders accepts no responsibility or liability for the application of the views expressed in this contribution to any specific scenario and readers should take their own legal advice on the appropriateness of any comments to their specific situation. © Paul Saunders - Independent Trust Consultant Tel: 07712 664127 E: paul@paulsaunders.net Paul is an Independent Trust Consultant, advising and supporting professionals within the trust and estate industry. He formerly worked for the Barclays Trusts providing advice and support to both the UK and the Global Trust businesses at all levels. He represented Barclays on The Association of Corporate Trustees (TACT) for 20 years, during which time he was closely involved in consultation issues and liaison with HMRC (as it now is).
Recent Posts 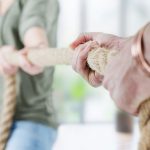 Products To Suit Partner And Customer NeedsProbate
This website uses cookies for functionality and to help us to improve the experience of the website. By continuing to use this website, you accept their use or you can also change your personal settings.