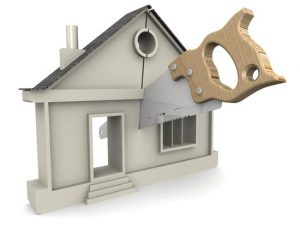 Introduced by s.10 Finance Act 2008, and effective from 9 October 2007, the transferable nil rate band (TNRB) was expected to sound the “death knoll” for the use of nil rate band (NRB) legacies in Wills.  However, the inclusion of NRB legacies in Wills (and codicils) continues to be popular, albeit with the complication of whether or not any TNRB to which an estate might be entitled should be reflected in the value of the NRB gift.

This article looks at the question of what is payable under an NRB legacy, on the basis that the estate is sufficient to satisfy that legacy in full.

What’s not covered by this article

In some Wills, the terms of the legacy will ensure that any assets within the estate benefitting from agricultural property relief (APR) or business property relief (BPR) are specifically included in the legacy, thus maximising the value passing under the gift.  The enhancement of NRB legacies in this manner is outside of the scope of this article, as is the use of the residence nil rate band in general NRB legacies.

Some Wills which create an NRB discretionary trust, provide for the value of the gift to be transferred to the surviving spouse, or civil partner, in exchange for an IOU or other form of promise or debt.  If activated, the NRB trust is then constituted by the IOU, etc.  Again, this aspect is outside of the scope of this article.

There are many precedents for NRB legacies.  They range from the “straightforward”, in which the value of the legacy is a fixed amount defined by reference to the upper limit for the “nil” rate as set out in Schedule 1 Inheritance Tax Act 1984 (IHTA 1984); to the “complicated”, in which the value is adjusted to allow for differing elements that need to be taken into account if no inheritance tax (IHT) is to be payable from the estate.

The complications generally arise in an attempt to ensure that the value given by the legacy is reduced to take into account:

Many Will writers who seek to overcome this level of complexity, for example, define the amount given under the legacy as: “the amount which at my death equals the maximum that I can give by this my Will without Inheritance Tax being payable in respect of this gift”.  Whilst generally effective (and there is further discussion of this form of gift, below), it must be noted that this will also capture the value of any TNRB to which the deceased’s estate may entitled.

Before the TNRB came into being, another form of wording intended to gift only sufficient under an NRB legacy to avoid the payment of IHT was to define the sum given by reference to the testator’s “unused nil rate band for Inheritance Tax”.  However, notwithstanding the testator’s intention and lack of expectation of the creation of the TNRB, in The Woodland Trust v. Loring and others [2014] EWCA Civ. 1314 the Court of Appeal held that such words included any TNRB uplift to which the estate might be entitled (despite the Will being executed in 2001 i.e. before the TNRB came into existence, and the testatrix having died in 2011).

In The Woodland Trust case, as the testatrix made her Will in 2001, well before the TNRB was conceived, it could not have been her expectation that the NRB gift would exceed the amount of an individual’s nil rate band, enlarging the family’s entitlement at the expense of the charity.  Although counsel for the charity compared the situation to one where the surviving spouse was the residuary beneficiary, and not a charity, the court considered “the correct interpretation … should not depend on the identity of the residuary beneficiary” – the decision turned on the interaction of the wording of the Will and the IHTA 1984.

The decision in The Woodland Trust applies only to the actual form of words used in the Will in question, although it might be considered “persuasive” when seeking to construe the meaning of similarly worded gifts.  However, it is not necessarily “written in stone”.  Whilst, in The Woodland Trust, it appears there was no satisfactory evidence of the instructions for the Will, where there is clear evidence of a testator’s intention there may be scope for the terms of an NRB gift to be rectified under s.20 Administration of Justice Act 1982, so as to limit the amount payable thereunder to no more than a single nil rate band.

Is the NRB gift to be paid on first death or both deaths of a couple?

In general, NRB legacies are included in Wills where residue passes to an IHT exempt beneficiary – the testator’s spouse/civil partner, or charity.  Occasionally, a Will includes a legacy of a fixed amount defined by reference to the nil rate band (the “straightforward” legacy referred to above), which may be payable regardless of the identity of the residuary beneficiary.

However, there is a significant number ofWills, generally mirror wills, in which an NRB legacy is potentially to be paid on both deaths.  In many, for example, the value of the NRB legacy is defined as: “the amount which at my death equals the maximum that I can give by this my will without Inheritance Tax being payable in respect of this gift”.

On the first death, this works as expected and includes the value of any TNRB (which might not be expected).  However, on the second death the situation is not so straightforward.

If the estate exceeds the available nil rate band, though, and IHT is payable, what is the value of the legacy?  Although IHT may be payable out of the residuary estate (s.211 IHTA 1984), it is payable in respect of the whole estate, including the non-residuary gifts.  Accordingly, if the estate is liable to IHT then tax is “payable in respect of” the NRB gift, the value of which reduces to “Nil”.

This can produce particular difficulties for the executor, especially when the taxable value of the estate is close to the available nil rate band (including the TNRB), as a relatively small change in the value of assets and/or liabilities of the estate could reduce the NRB legacy to Nil, or restore it.  In one particular case, as further assets were discovered, and more debts crept out of the woodwork, the NRB legacy disappeared and re-appeared a number of times (causing the executors frustration and great distress to all of the beneficiaries).

Whilst, with mirror Wills, on the second death the NRB legacy is usually excluded, it is important not to just assume this to be the case.  For example, say, the Will gives an NRB legacy and “the remainder of my estate” to the widow; there is a gift over on the widow predeceasing also of “the remainder of my estate”.  It would appear the NRB legacy is still payable, subject only to ascertaining the value thereof (which could be “nil” in the example in the last paragraph).

And where to from here?

When drafting a Will containing an NRB legacy, it is important that the Will writer gives careful consideration to:

It is equally important for executors, and others administering a Will, to read the document in full before forming the definitive view as to the beneficial interests in the estate.  It is not unknown for clauses having a profound impact upon the various entitlements being included within the administrative provisions at the tail end of the Will.  Merely “skim reading” such provisions could result in the estate being wrongly administered.

HMRC has “helpfully” published specimen clauses for NRB legacies which, in its opinion, are “effective” to include, or exclude, the TNRB from such gifts.  However, HMRC consistently insists that it does not provide legal advice and, accordingly, notwithstanding that HMRC might be satisfied with the effect of such provisions they should not be adopted without whoever is drafting the Will being fully satisfied as to their effect. 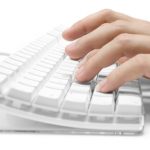 Apps, software and the Will drafterGill's Blog, Wills 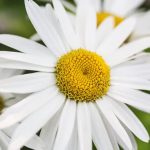 Natural Capital – which path does the tax adviser travel?Tax
This website uses cookies for functionality and to help us to improve the experience of the website. By continuing to use this website, you accept their use or you can also change your personal settings.