Selling a French property: what happens after Brexit? 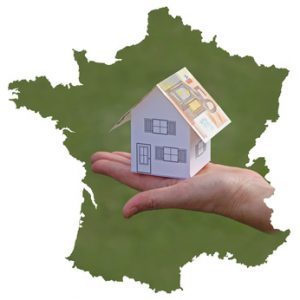 The end of the calendar year is traditionally known for being the rush season for French property transactions. Sellers usually want to complete before the end of the French tax year and avoid being responsible for paying the property’s local taxes (taxe d’habitation) for the following year.

For British nationals currently selling French property, the deadline of 31st December 2020 is all the more important as it marks the end of the Brexit transitional period, hence the end of application of EU-based legislation that UK residents and/or nationals have so far been able to benefit from.

This article aims at reviewing the most important and immediate tax consequences that will affect British nationals selling French properties after the end of the Brexit transitional period.

Currently, when a UK resident sells a French property, s/he has no obligation to appoint a French tax representative  (représentant fiscal) . All formalities in relation to French capital gains tax and social contributions payable on the sale, such as the computation of the taxable gain, the filing of the related French tax return 2048-IMM and the payment of the tax liability, are all dealt with directly by the Notaire in charge of the transaction. The Notaire sends the draft French CGT form to the seller for approval and signature, and then files the return and pays the tax liability on behalf of the seller directly from the sale proceeds. The seller remains personally liable for the tax liability due on the sale and subject to any challenge or enquiry from the tax authorities.

This rather straightforward process is however reserved to sellers who are domiciled in the European Union or the EEA. Sellers who are a resident of a non-EU country are required to appoint a French tax representative based in France, who is directly and personally responsible for the computation of the net taxable gain, completing and filing the French  CGT return and payment of the tax.

In so far as the sale completes no later than 31st December 2020, UK residents will not face this additional formality. For sales taking place on or after 1st January 2021, a French tax representative will have to be appointed, and his fee paid.

The tax representative can be a French bank or even a French resident individual who has been formally accredited as tax representative by the French tax authorities, including the buyer if s/he is domiciled in France. However, in practice, French banks and individuals rarely agree to take on such representation duties as in doing so they engage potential personal liability over their own assets if the French tax authorities were to challenge the tax liability declared and paid on the sale. The accreditation of an individual as a tax representative is also a long process with no guarantee of approval if the candidate is not deemed suitable for endorsing such a role.

Therefore, it is more likely than not that the Notaire will refer the client to a professional representation company that has received permanent accreditation from the tax authorities. These companies charge a fee in return for their services and responsibilities, which is payable by the seller directly from the sale proceeds. The fees vary significantly from one transaction to another, and also between companies. They are usually fixed as a percentage of the sale price. Based on our recent experience, these fees can be as low as 0.4% and as high as nearly 3% of the sale price.

However, if the property is held by a French property holding company (SCI), then the threshold of €150,000 is determined as being the addition of all shareholdings of non-EU resident shareholders. For example, if Mr and Mrs Smith and their two children are all resident in the UK and are each 25% shareholders of a French SCI which owns a French property sold for €400,000, the French company will be required to appoint a tax representative, as the addition of the 4 non-EU residents shareholders’ shares in the gross sale proceeds (€100,000 x 4 = €400,000) is in excess of €150,000. If Mr and Mrs Smith and their children had owned the property directly each for 25%, then no tax representative would have had to be appointed as their respective ¼ share of the sale proceeds would have been below the €150,000 threshold.

The tax authorities also do not require the seller to appoint a tax representative if the gain benefits from a full exemption under French law, such as the gain made on the sale of the seller’s former principal private residence or the gain is made on the sale of a property owned for more than 30 years as being fully exempt after deduction of taper relief.

Subject to all the above conditions being met, the gain made on the sale of the French property will be exempt up to €150,000 per seller.

This partial exemption is, however, restricted by law to sellers who are nationals of another EU country or an EEA-State, independently from the country where s/he is now a tax resident. Hence the exemption would benefit a French national who moved to a non-EU/EEA country but not to an Australian moving to an EU country.

It would therefore seem that, past the 31st December 2020 deadline, a UK national selling a French property will not be able to benefit from the exemption any longer even if s/he has been a French tax resident for at least 2 consecutive tax years in the past.

It is however worth noting that, in their manuals (BOI-RFPI-PVINR-10-20-270), the French tax authorities have extended the exemption to non-EU/non-EEA nationals if the seller can claim the application of a double tax treaty clause of non-discrimination, and meets all the other conditions above. As the double tax treaty France/UK  dated 19/08/2008 includes a clause of non-discrimination, it would therefore seem that British nationals selling a French property after 31st December 2020, would be able to claim the partial exemption of the gain. This is based on relying on the French tax authorities’ extra-statutory concession, although there has not yet been any official confirmation from the French tax authorities that the exemption would remain applicable to British nationals after the end of Brexit. It is our understanding that, in such circumstances, the French tax representative may require the corresponding tax liability to be kept on escrow until the tax authorities’ enquiry period has elapsed and the application of the exemption is no longer able to be challenged.

(ii) UK nationals repatriating to the UK after 31st December 2020 will still be able to claim the exemption of the gain made on the sale of their former French main home. This is because the exemption applies to sellers who transfer their residence either in another EU country or in a country that has signed with France an agreement of tax recovery mutual assistance and fight against tax fraud. The French tax authorities have officially confirmed that UK nationals will still be able to claim the exemption after the end of the Brexit transitional period subject to all other conditions being met, namely: –

Hence for a British national who currently is resident in France and owner of his main home in France,  moving back to the UK in January 2021, will have until 31st December 2022 to complete on a sale of his French property, to be able to claim the main residence exemption.

All taxable gains made on the sale of a French property are subject not only to French capital gains tax but also to the French social surcharges called “prélèvements sociaux”. These social surcharges are currently applicable at a global rate of 17.2% and are composed of: –

In a previous article written on these pages (refer https://www.lawskills.co.uk/articles/2019/02/french-social-surcharges-french-prelevements-sociaux-refunds/), we had explained that, following its condemnation by the European Court of Justice, France changed its internal legislation in 2019, restricting the application of both CSG and CRDS to gains made by sellers who not are affiliated to the Social Security and Health care system of another EU country.

Therefore,  a UK resident currently selling a French property who can provide evidence that s/he is affiliated to the UK social security and health services will therefore benefit from a reduced rate of French social contributions on the gain, as only the prélèvement de Solidarité at 7.5% remains applicable.

This partial exemption from CSG and CRDS will however come to end on 31st December 2020.

The French tax authorities have confirmed that from 1st January 2021, UK residents selling French properties will be subject to the French social contribution at the full rate of 17.2% with no possibility of exemption, unless they can provide evidence that they are registered with, and affiliated to, the social security and health care system of another EU or EEA country.

What actions should your clients consider?

If you have clients about to sell a French property and for whom an offer has been made and agreed, it will be fundamental to discuss the timing of the signature of the final sale deed with their French Notaire and to calculate any additional costs and taxes that might arise on a sale after 31 December 2020.

The deadline between the date of signature of the preliminary sale contract (Compromis de Vente) and the signature of the final sale deed is usually to 2 to 3 months depending on conditions precedent negotiated and pre-completion formalities. Some of these pre-completion formalities can be shortened on payment of an additional fee (e.g. expediting the local authority’s pre-emption right). Paying a small additional fee to accelerate the pre-completion process may however prove worthwhile if it allows the seller to secure a completion before the end of Brexit transitional period, hence potentially avoiding the obligation to appoint a French tax representative, and any additional delays and costs associated,  and the application of a higher social contributions on the gain.

Florence Richards
Florence Richards is a French Property and Tax adviser at Furley Page Solicitors, previously working as an avocat in France. She advises clients in respect of French tax and French property and estate matters. She is also a member of the Association of Taxation Technicians (ATT). T | 01227 763939 W | Furley Page Solicitors E | france@furleypage.co.uk
Recommended Posts 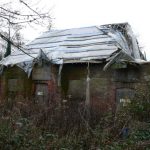 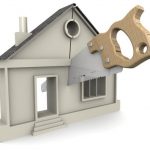