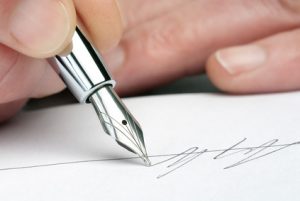 In these strange times, many practitioners have seen the stampede by members of the public to have Wills drafted. Practitioners were then faced with the problem of whether Wills witnessed remotely would be valid (a problem since ‘cured’ by new legislation – although this author foresees much scope in challenging these Wills) and this state of events may have prompted many to write their own Wills thereby ushering further potential problems. Of course, this is not to say that Wills drafted by advisors cannot suffer the same fate and so this Article will look at the construction of Wills.

When a Will is challenged on the basis of construction it can be argued that the words used are unclear or ambiguous. The Court then steps in to try and ascertain what the words mean. The leading case is Marley v Rawlings [2014] UKSC 2. Lord Neuberger said:

“23. In my view, at least subject to any statutory provision to the contrary, the approach to the interpretation of contracts as set out in the cases discussed in para 19 [see below] is therefore just as appropriate for wills as it is for other unilateral documents.

Section 21(1) of the Administration of Justice Act 1982 also applies. It says:

“Interpretation of wills—general rules as to evidence.

(1)This section applies to a will—

(a)in so far as any part of it is meaningless;

(b)in so far as the language used in any part of it is ambiguous on the face of it;

(c)in so far as evidence, other than evidence of the testator’s intention, shows that the language used in any part of it is ambiguous in the light of surrounding circumstances.

(2)In so far as this section applies to a will extrinsic evidence, including evidence of the testator’s intention, may be admitted to assist in its interpretation.”

In other words, the section allows extrinsic evidence (i.e. direct and circumstantial evidence) to be used to ascertain the testator’s intention and, following Marley it will be seen that the Will must be interpreted as a contract would be interpreted.

The case of Reading v Reading [2015] EWHC 946 (Ch) illustrates the use of the above. The Will used the word ‘issue’. The question for the court was whether the testator meant to include his stepchildren. Asplin J considered the word ‘issue’ and held that by itself the word did not include stepchildren. However, when the circumstances surrounding the Will and other provisions in the Will (such as the use of the words ‘such of my issue’) were considered the court held while the word ‘issue’ by itself would not include stepchildren,  when the provisions of the Will and its overall purpose were looked at the word did include the testator’s children, stepchildren and their children. (For the sake of completeness, it should be noted that section 20(1) of the Administration of Justice Act 1982 gives the court power to rectify the Will.)

In conclusion, while the section 21(1) of the 1982 Act will greatly help in the construction of a Will it cannot work alone and it cannot be stressed often enough how important the making and keeping of attendance notes etc is in this area of law.

Alana Graham
© Alana Graham BA (Combined Hons) LLB (Hons) | Alana Graham Chambers | Alana Graham is a barrister and Head of her own Chambers in the West Midlands. She advises on tax planning and drafts all necessary documents. She also advises on Wills and Trusts law and represents clients in the courts and tribunals. Alana worked for one of the big 4 accountancy firms and a magic circle firm of solicitors prior to her return to the Bar. She undertakes both professional access and direct access work. E: alana.graham@alanagraham.co.uk Web: Alana Graham Chambers
Recommended Posts
Categories 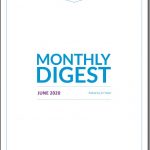 Book Review: Parker’s Will Precedents – 10th EditionWills
This website uses cookies for functionality and to help us to improve the experience of the website. By continuing to use this website, you accept their use or you can also change your personal settings.