This year will mark the 5th anniversary of the EU Succession Regulation 650/2012, also known as Brussels IV. We have a lot of experience in assisting client beneficiaries with estate administrations in France where the Regulation has to be considered.  A few short case studies are covered below to show how the most common scenarios are likely to be dealt with by a Notaire in France.

Back to Basics – The Succession Regulation

Prior to the Regulation, a schismatic approach was taken in both France and England:

This is why French succession law was applied to a French property, and why with a legal reserve applying over part of the estate, careful consideration had to be given to the property ownership structure from the point of purchase. Couples would buy a property in the form of tontine  (similar to joint tenants in respect of land in England), or make a change of matrimonial property regime under French law, or perhaps set up a French property holding company (a Société Civile Immobilière). These options were often taken with the purpose of avoiding the forced heirship rules in favour of children bydelaying their inheritance until the surviving parent’s death.

The aim of the Regulation was to allow for harmonisation, with the application of one country’s succession laws to an estate comprising assets in more than one EU Member State.

However, the Regulation also gives the option to make an express declaration in a Will to have the succession laws of the country of your nationality to apply. So, for a British national with their closest links to England or Wales, an express declaration would lead to testamentary freedom even over the French property in the estate, and regardless of whether they are resident in France or the UK on their death.

Practical Application of the Regulation

How does this play out in practical terms? What if a Will hasn’t been updated to include reference to the Succession Regulation? Here are a few examples we come across regularly. In each case we presume a married couple (British, closest connection with England and Wales) with children, either of their marriage or children of a previous relationship, and the first spouse’s death has occurred on or after 17 August 2015 (the date of application of the Regulation). They could be resident in the UK or France.

English Will made before 17 August 2015, no reference to the Regulation

If the Will is executed under English law, then we find that Notaires will apply the transitional provision in article 83(4) which states:

And thus, French Notaires should apply English law to the devolution of the French property.

But if the geographical scope of the Will excludes the French estate, Notaires could disapply the transitional provisions and conclude that French law applies to the property. Where the children are in agreement to the surviving parent inheriting, we have been successful in achieving this result if the children all agree to be parties to the French estate administration deeds to acknowledge their consent to the interpretation of succession laws and confirm they will not claim a legal reserve in order to allow the property share to pass to the surviving spouse. It is nonetheless premature to consider this position as being commonly adopted by all French notaires.

English Will made on or after 17 August 2015, no reference to the Regulation

It’s possible that the Notaire will apply English succession law to the French property, in the absence of an express declaration of applicable law, if a deemed declaration can be “demonstrated by the terms of [the testamentary] disposition” (article 22(2)).  A possible example would be an English Will that makes reference to English legislation (eg reference to the Administration of Estates Act 1925).

Again, note that this might not be the case if the English Will excludes the French property from its geographical scope.

For certainty, a review of the Will should be made and, where suitable, a declaration under the Regulation made.

English Will made on or after 17 August 2015, declaration of applicable law made

The Notaire will apply the Regulation and recognise a validly made declaration of English law. So, if the Will declares the surviving spouse as sole beneficiary, the survivor will inherit the French property share, thus disapplying French forced heirship rules in favour of the children.

On an intestacy, the general rule of the Regulation will apply. Whilst a habitual residence in England or Wales would lead to English succession law being applied, private international law applies the concept of renvoi to pass the issue of the devolution of the immovable property in France, to France, who accepts the renvoi and applies French succession law. Thus, in the presence of children, the surviving spouse’s inheritance rights will be reduced in favour of the children, as they were before August 2015.

Notaires may seek the advice of the CRIDON (Centre de Recherche, d’Information et de Documentation Notariales) – the High Council of the French notariat providing guidance and advice to Notaires – to ensure that they interpret the Will correctly.

We have found that if English succession law is applied in favour of a surviving spouse, the Notaire may require the children to still be a party to the estate administration deeds, and/or they sign a statement to confirm that they are not in a position of financial hardship. It is generally considered that the application of English succession law which in turn overrides the fixed inheritance entitlements of children under French law, is not contrary to public policy in France. However, in some French Court cases since 2015, it was noted by the court that the position may be different if the lack of inheritance would place a child in a precarious financial position. It seems to be for this reason that some Notaires are asking for such a statement from children.

The devolution of a French property will also depend upon the ownership structure of the property (where there are two or more owners) and which French matrimonial property regime applies. For example, if a couple have declared a community of assets regime (this was commonly the case before 2015), then if the children are all born of their marriage the surviving spouse will inherit the property share under the terms of the marriage regime – the regime is dissolved and applied before considering the application of succession laws.

In addition to the usual identification documents and information that beneficiaries have to provide, French notaires commonly require a declaration  (certificat de coutume or attestation de dévolution) to be sworn to confirm the validity of the Will, that there are no other children of the deceased person other than those disclosed, and the application of succession laws.

Wills should be reviewed

The best way to avoid possible uncertainty, or the application of succession laws in a way that isn’t expected, or wanted, by a client, is to make a review of the Will. It should be highlighted that it won’t always be advisable for a British national to make a declaration of applicable law because it might lead to a more onerous French inheritance tax position (especially where there are stepchildren within the family or the taxable assets in France are of significant value). As with most work we do for our clients, each client’s case must be considered individually, and certainly the tax position in all relevant countries mustn’t be ignored. 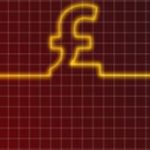 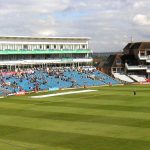 When Leeds Cricket took on HMRCTax
This website uses cookies for functionality and to help us to improve the experience of the website. By continuing to use this website, you accept their use or you can also change your personal settings.