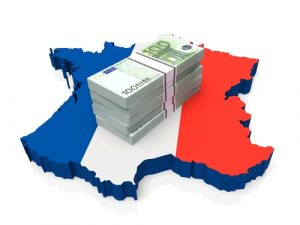 The 2019 French Income Tax Act introduced some further changes to the way non-French tax residents are taxed on their French income and gains. These changes will affect UK tax residents who own and/or sell French property.

French income tax is traditionally applied at progressive rates. In 2019 (i.e. on income received in2018) these rates are as follows, for a single person:

As an exception, non-French resident taxpayers are not subject to the progressive rates of French income tax on their French income, but instead are liable to a minimum flat tax rate, which, until last year, was 20%.

For example, a UK tax resident in receipt of net annual French rental income of €30,000 is automatically subject to French income tax at 20%, hence a tax liability of €6,000. To compare, if the same taxpayer had been French tax resident earning the same amount of net taxable income, his tax liability would have been €3,202, applying the progressive rates of French income tax.

With retrospective effect from 1st January 2018, the French Finance Act 2019 increases the minimum rate of French income tax applicable to non-French resident taxpayers to 30% for the portion of the net taxable income in excess of €27,519.

In the example above, our UK resident now faces a French income tax liability of €6,248 since the portion of his taxable income in excess of €27,519 is taxed at 30%.

At first sight, this tax increase does not seem to be problematic as the UK taxpayer will be able to claim, in the UK, via his self-assessment, a foreign tax credit to offset the French tax liability against his UK income tax applicable on the same rental income, hence avoiding double taxation. Nonetheless, if the UK tax liability is lower than the French tax liability, this increase of French income tax will not be recoverable via foreign tax credit claim.

The claim must be made at the time of filing the French income tax return or no later than 31st December in the second year following that of recovery of tax (e.g. claim submitted by 31st December 2021 for income tax paid in 2019 referable to income earned in 2018). The taxpayer must retain all documents necessary to provide evidence of his worldwide income and gains and produce this evidence to the French tax authorities upon enquiry.

To determine which option is the most favourable for UK taxpayers earning French income and whose marginal rate of UK income tax is at, or near to 20%, a comparison will now have to be made, between the application of the 20%/30% flat rates and the application of the marginal rate on French income tax on worldwide. Note that for a married couple, the comparison will take into consideration the worldwide income of both spouses.

The sale of a French property which has been the seller’s main residence benefits from a full capital gains tax exemption under French law. To benefit from this exemption the property must:-

– either be the seller’s main residence at the time of sale, or,

This exemption has been denied to taxpayers who move abroad before the sale of their French main residence, since they were not domiciled in France at the date of the sale.

Acknowledging that French law was discriminating between sellers depending on whether they moved to France or abroad, as against EU legislation, the French Finance Act 2019 extends the application of the main residence exemption to sellers who move to another EU country or in a country which has signed with France an agreement of mutual assistance for the recovery of tax and against tax fraud and tax evasion. In so far as France and the UK have signed such agreements of mutual assistance, it therefore seems that the exemption will carry on applying to all individuals moving to the UK after Brexit.

It is certainly good news for individuals who are currently returning to the UK after long-term residence in France and selling their former French home. French law now provides that, so long as the property was their main residence at the time of moving abroad, it has not been occupied or let out before the sale and the sale takes place by 31st December of the year following that of their change of residence, the gain will be fully exempt from French CGT. Hence, a French tax resident leaving France for the UK on 20th October 2019 without having yet sold his former French home, will now have until 31st December 2020 to formalise the sale and benefit from French CGT exemption.

If the sale could not take place by 31st December 2020, not all exemptions are lost.

French law provides that a non-resident who sells a French property and can demonstrate that he has been a French tax resident for at least 2 consecutive tax years, either in the past 10 years if the property was let out, or at any time in the past if the property has not been occupied or let out since at least 1st January of the year preceding the year of sale, the gain made on the sale of the property is exempt from French CGT up to €150,000. In the example above of a former main home sold after 31st December 2020, if the taxpayer is able to provide evidence of his French tax residence status for at least two consecutive tax years, he would still have the gain exempt up to €150,000.

This partial exemption is however restricted to taxpayers who live in or move to another EU country or EEA member State. Once the UK has left the EU, and unless it becomes a member of the EEA, UK residents will not be able to benefit from this partial exemption any longer.

Tax representatives are responsible for computing the net taxable gain, claiming any applicable CGT exemptions, submit French CGT returns and pay the tax liability from the sale proceeds on behalf of the taxpayer.  They are personally liable for any tax and penalties due directly on their own assets. The tax representative can be a French taxpayer individual who has been accredited as such by the French tax authorities. However, in practice, the appointed tax representative is generally a company that has received general accreditation for French tax representation. Their fees are directly proportional to the sale price and depend on whether the sale generates a taxable gain or not. If UK sellers want to avoid these additional formalities and costs, they will want to ensure that the sale has completed before the UK leaves the EU. 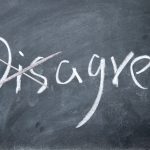 Book review: Tax Planning for Family & Owner-Managed Companies 2019/20Book Reviews for Private Client practitioners, Tax
This website uses cookies for functionality and to help us to improve the experience of the website. By continuing to use this website, you accept their use or you can also change your personal settings.