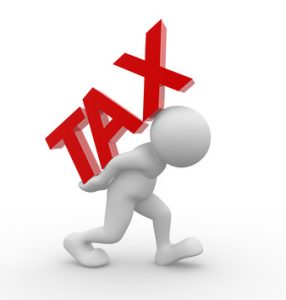 It is trite law that personal representatives (PRs), whether executor, executry or administrator, are liable for the inheritance tax (IHT) assessable on the estate in which they are acting.  Where the deceased is domiciled within the UK for IHT purposes this will extend to IHT on their world-wide estate, not just that within the UK.

Generally, PRs distribute the estate once they have paid all the IHT due, or set aside sufficient assets to satisfy any such liability.  If values have not been agreed, the PRs should be generous in assessing the amount to set aside, to make sure they have reserved sufficient for a “worst case” scenario.

However there are a number of “glitches” which can result in PRs becoming personally liable to pay the IHT.  Whilst they may have a right to recover the amount paid from third parties, until (or unless) such recovery can be effected, PRs may be forced to pay the IHT from their own resources.

PRs may transfer assets to the beneficiaries before all the IHT is settled, in order to reduce the administrative burden such assets might impose.  These may include land subject to the IHT instalment option or shareholdings with significant voting rights (and to which 100% business property relief does not apply).  Where the asset(s) in question represents the bulk of the estate, there may be insufficient remaining under the PRs control to satisfy any outstanding IHT liability.

Where land forms part of an estate, the IHT may be paid by 10 annual instalments.  Rather than retain ownership of the land within the estate for what may amount to nearly 11 years, PRs may often assent it to the beneficiaries entitled, subject to a charge, with the intention that the beneficiaries will fund the annual instalments of IHT and interest as they fall due.  On occasion, HMRC may be persuaded to send the IHT assessments direct to the beneficiaries.  Whilst this may give added comfort to the PRs, it does not remove from them the ultimate liability to pay the IHT.

Similarly, with shareholdings conferring significant voting rights, retention by the PRs could result in them becoming embroiled in corporate activities of which they have little experience.  In such cases the PRs may transfer the shares and take an indemnity from the beneficiary(s) or, preferably, secure a (first) charge over land owned by the beneficiary(s) for the unpaid IHT.  If the beneficiary(s) have negligible resources outside of the shareholding, a third party guarantee might also be obtained.

Even honourable persons may suffer financial difficulties and if the beneficiaries fail to provide funds to pay any annual instalment, HMRC will expect the PRs to satisfy the liability.  This has been challenged in the courts of both England & Wales and Scotland and, in each jurisdiction, HMRC’s position prevailed.  In the recent case of Harris v. HMRC [2018] UKFTT 204 (TC), the Tribunal Judge stated:

Accordingly, unless the PRs retain under their own control sufficient estate assets to satisfy any IHT liability that might become due, there will be a continuing risk that they will have to personally fund the IHT and interest as and when it falls due.  This may have a significant impact on their resources even if the monies are subsequently recovered from the beneficiary(s).

The Inheritance Tax Act 1984 (IHTA 1984) provides that upon the death of an individual, any additional IHT on immediately chargeable gifts made within 7 years before death, and IHT on failed potentially exempt transfers (PETs), is normally payable by the donee recipient.  However, if the tax remains unpaid 12 months after the end of the month in which the donor dies, their PR(s) may be assessed for that unpaid tax and interest (s.200(1)(a) IHTA 1984).  The extent of the PRs potential liability is discussed below.

There is no obligation on HMRC to raise an assessment on the donee of any gift – it is sufficient that the tax remains unpaid after the end of the 12 month period.

Technically, the PRs have a right of reimbursement from the donee(s) for the IHT paid.  However, depending upon the circumstances, such right may have little value in itself, especially if, say, the donee is outside of the UK (the costs of recovery could exceed the amount in question) or the donee is impecunious.

Gifts with reservation of interest

Where an asset is subject to IHT on the death of an individual as a result of the gift with reservation rules (GWR), the responsibility to pay IHT is the same as with a failed PET, with the PRs of the individual’s estate having a secondary liability for the IHT on that GWR if unpaid after 12 months from the end of the month in which the individual died.

As with lifetime gifts, the PRs will have a right of reimbursement by the donee(s) and, where the GWR still existed as at the date of death of the individual, the donee(s) would normally still hold the asset in question, which might improve the chances of recovery by the PRs of the IHT assessed on them.  Having said that, there have been instances where a GWR persisted notwithstanding that the original donee(s) had further gifted the asset to third parties, so that they had insufficient assets to reimburse the PRs!

The extent of the PRs potential liability is discussed below.

As identified at the outset, the PRs are liable for IHT on the world-wide estate of an individual who dies with a UK domicile.  The majority of UK domiciled individuals hold the whole, or a substantial proportion, of their estate within the UK.  Accordingly, once they have obtained a grant, the PRs will normally have access to sufficient assets to satisfy the IHT liability of the estate (leaving aside any potential liability in relation to lifetime gifts, failed PETs and GWRs).

However, where the deceased held a significant proportion of their estate outside of the UK (Overseas Assets), it may be that the UK estate is insufficient to satisfy the UK IHT liability (on both instalment and non-instalment option property) even taking into account any credits that might be allowed in respect of non-UK tax or duty payable on the Overseas Assets.

When applying for a grant, or letters of confirmation, the PRs are required to pay the full amount of IHT due on the non-instalment option property within the world-wide estate.  At this point in time, provided they have a realistic appreciation of the extent of both the UK and the non-UK estate, they should be aware of whether, after taking into account any credits for non-UK tax or duty that might be allowed, the assets under the grant will be sufficient to satisfy the UK IHT liability.

If there is, or may be a shortfall in the extent of the UK estate to satisfy the potential UK IHT bill (including any interest that might be assessed), the PRs liability is limited in the same way as for both lifetime gifts and GWRs.

What is the extent of a PRs liability?

The good news is that, other than in relation to any retained liability after a distribution, the PRs liability is limited to the value of the assets that come into their hands, or over which they have control (s.204(1) IHTA 1984).  However, this is not without its downside as HMRC’s entitlement is to the full value of those assets without deduction (other than in respect of the IHT due on the estate itself, in respect of which the PRs have primary liability).

If the PRs have:

a shortfall may arise, being the difference between the amount claimed by HMRC and the value remaining in the estate.

To the extent that a shortfall is attributable to distributions made to beneficiaries, HMRC might only consider reducing the PRs liability only in exceptional circumstances.

However, if the shortfall arises in whole or in part as a result of the PRs having paid expenses and other costs normally payable out of an estate (such as in the last 3 categories above), there is scope to negotiate with HMRC to see if it would accept a lesser sum than it would be entitled to if such payments had not been made.  It would certainly seem unreasonable for HMRC to refuse to allow reasonable funeral expenses to be paid ahead of any IHT charge. 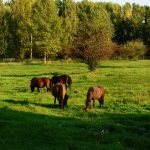 Private use and liveries – pay the market rate and save IHTTax 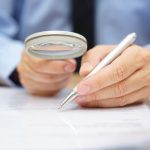 3 elements that are imperative when researching a family treeProbate
This website uses cookies for functionality and to help us to improve the experience of the website. By continuing to use this website, you accept their use or you can also change your personal settings.