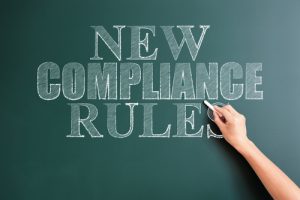 It has finally been announced that the new SRA Accounts Rules are being adopted from 25 November this year (2019). This has come after months of speculation as to the exact adoption date which was first meant to be last year and then April of this one. There has been no official explanation as to the delay, but I suspect that tying in the implementation of changes with software companies may have been a contributing factor.

In any event are the changes that dramatic? Will solicitors, especially those involved in the finance aspect of the firm such as COFAs be spending the next nearly 8 months preparing for a radical transformation in how they account for client monies? Well the answer seems to be both yes and no.

The current offering has 53 rules in total which have been culled to only 13. At the moment we are faced with detailed prescriptive obligations where nearly every potential accounts issue is made reference to. The new rules are far less dictatorial with for example the 14-day rule, where earmarked monies which are sitting in client account being required to be transferred to office account within that time period, disappearing altogether. However, within the 13 new rules every sentence illustrates the matters which the SRA consider the most important in the protection of client monies.

How did we get to this position and what does it mean?

The new account rules are the third stage of a three-phase review process of the current account rules and the protection of client funds in general. The first phase came into effect in October 2014. This changed the format of the Accountants Report and brought in exemptions to certain firms requiring an Accountants Report. It also controversially removed the requirement for no qualified reports to be submitted to the SRA.

Phase two was introduced in November 2015, and this was really the precursor to the implementation of the new Accounts Rules.  Under an amendment to the existing rules, the exemption of those firms requiring a report was extended. Rule 32A.1A states (subject to exceptions) that purely legally aided firms, and those who within the accounting period, have reconciled balances that do not exceed an average of £10,000 and a maximum of £250,000 are not required to prepare a report. More importantly it advised accountants to use an “outcome-based” approach to their work along with a greater focus on risk as to deciding if there is a threat to the protection of client monies.

The third phase has been a change to the rules themselves which has moved away from their “prescriptive and restrictive” nature to focussing on key principles and requirements for keeping client money safe. This is said to make it easier for new firms to enter the market as well as a focus on the higher risk areas as opposed to more “technical breaches” of the rules.

These include separating client and “firms” money, ensuring residual balances are repaid to the client at the end of a matter and firms not acting as bankers, by only using client monies for its “intended purpose”.  The preparation of client account reconciliations at least once every five weeks (which now need to be signed by a COFA or manager) remain a cornerstone for compliance.

There are some specific changes such as defining client monies (under 2.1 [d]) as being “in respect of your fees and any unpaid disbursements if held or received prior to the delivery of a bill for the same”. There is no mention of work actually having to be done, and this will impact as well on fixed and agreed fees. The complexities surrounding treatment of “normal” and professional disbursements also disappear. Additionally, there are circumstances under Rule 2.2 where if the only client monies held are in respect of fees and disbursements, a client account does not need to be maintained.  How many firms will this actually apply to however is unclear, but what do these changes actually mean in reality?

A framework – not prescriptive

The new approach puts each individual firm in the position of deciding for themselves how they protect client monies going forward using the key principles in the new rules as a framework. So, for example, a firm may have a policy for transferring earmarked monies which is slightly longer or shorter than the current 14-day requirement, as well as their own policy for accounting for interest. The new rules give the option in certain circumstances of agreeing arrangements with clients such as to having some flexibility to the prompt payment of client monies into a client account and funds being available on demand.

In reality, the likelihood is, certainly in the early stages of implementation, firms will continue to follow the prescriptive nature of the current rules instead of deciding alternative arrangements. There will be times of confusion as well. The new rules for example place no distinction in the treatment of payment of residual balances to charity dependent on whether they are under or over £500. I suspect there will be a cautious approach to self-governance with no immediate radical change, whilst having the correct systems and controls in place remaining key as ever to the protection of client money.

Robert specialises in regulatory and accounts work within the legal sector and lectures on the Solicitor Accounts Rules, and providing law firms with business and financial advice. Robert has a law degree and is a qualified accountant with both the ICAEW and ACCA. E: robert.blech@mhllp.co.uk Web: Macintyre Hudson T: +44(0)20 7429 4100
Recommended Posts
Categories 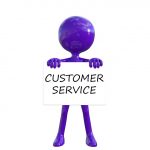 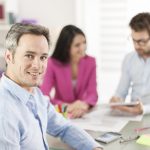 Are we measuring the right things in our firm?Practice Management
This website uses cookies for functionality and to help us to improve the experience of the website. By continuing to use this website, you accept their use or you can also change your personal settings.