A corpse: who has the right to decide after death? 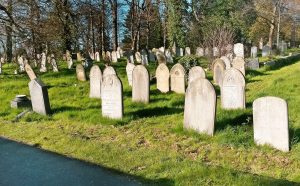 The fraught difficulty of who has the right to choose how the corpse is to be disposed of; where it is to be buried and/or whether it should be cremated and then who owns the ashes only rarely issues for the Courts to decide because either the family are happy to agree, or the deceased left a Will and made directions for his Executors to carry out and the family are content it.

Who owns the corpse?

There is no property in a corpse and as a consequence any direction in a will as to the disposal of the corpse is not binding[1]. A corpse is incapable of being the subject of property transactions or offences; for example, it cannot be bought or sold, stolen or criminally damaged, or seized by the deceased’s creditors as security for his debts[2].

Disposal other than by burial or cremation is not forbidden e.g. mummification, cryonics, plastination.

Traditional burial grounds such as the municipal cemetery or churchyard are where the burial plots are marked by a headstone and the ground is maintained. The Natural Death Centre records that hundreds of people are now buried every month in cemeteries where headstones are replaced by native trees or discreet little sculptures to mark out a grave. An engraving in the stone in monochrome of a portrait of a young adult has been permitted but a ceramic plaque was going too far[3].

Many people appear to be reacting against the commercialisation of death and Christian and/or secular requirements imposed by traditional burial grounds. Urban cemeteries are running out of space and fears are also emerging about the pollution and global warming effects caused by cremation, used in approximately 79% of the 630,000 funerals held in Britain each year.

Thousands of burials on dedicated private land with biodegradable card or wicker coffins, and trees instead of headstones are taking place as “green” funerals. Green burials are also providing a new source of income for Britain’s hard-pressed farmers and are, says supporters, a romantic and practical way to rebuild the country’s native woodlands.

If the bishop is prepared to consecrate such a burial ground the obligations that he or she is likely to require from the owner will be more limited than a traditional burial ground. However, it remains important that some means be found of marking off consecrated parts of the burial ground to distinguish them from unconsecrated areas and the bishop and local authority will wish to ensure that such scheme will be observed now and by successors in title.

One of the risks on green burials is that the lack of certainty on duration of the licence to use the land as burial ground. Prohibitions on subsequent building, enforcement actions often for environmental reasons (i.e. pollution of water table) and other planning issues arise frequently in relation to such establishments[4]. Exhumation may be required.  The next of kin is required to complete any exhumation or re-interment papers for any such licence to be granted. It would obviously require the next of kin to know exactly where the body was buried[5]. Without knowledge of the exact site should the next of kin complete the licence application?  What would the court’s position be if the next of kin refused to complete the licence application in these circumstances on an application by the executors? There is no authority on the obligation to disclose burial sites to next of kin but none of the cases considered state that after the body has been disposed of the next of kin are not to be informed of the exact location.

A person can elect to be buried on any land they own provided that all health and safety and sanitation laws[6] are complied with as a corpse is considered clinical waste. Rough guidelines are:

The constraints on memorialisation can be avoided by this choice as there is no obligation to use a coffin or hold a service. Public access can be avoided but it is unlikely to be a practical possibility for many in our society where moving-house is common and development ripe. Planning permission is not required for 1 or 2 burials, but larger numbers would require planning permission or at least certificate of lawfulness from the Local Authority. A certificate for any burial is required from the Registrar or births and deaths or Coroner. An exact plan of where and who and when the burial occurred is required.

Burial at sea, in UK waters must be licensed[7]. Currently only 3 sites are permitted (i) off the Needles IOW, (ii) between Hastings and Newhaven and (iii) off Tynemouth, North Tyneside. No part of the coffin or chattels on the corpse can contain plastic, lead, copper or zinc. The body must not be infectious nor embalmed. DEFRA actively discourages burial at sea including interment of ashes and recommend cremation followed by scattering of ashes at sea for which no license is required.

Where can I cremate?

Cremation[8] can be carried out in a building that satisfies the definition of a crematorium, provided it does not amount to a public nuisance[9]. The definition was extended to permit an open-air funeral pyre within a walled enclosure[10]. Great news for certain faiths.

Duty to dispose of the corpse

As a matter of public policy for the safety of the public health someone needs to be responsible for arranging a decent burial. Who is responsible for the burial is really part of the bigger question “who is entitled to take a grant in this factual matrix”:

The law is currently:

Part 2 of this interesting article from Amy Berry will appear on the site in June 2019.

This article was first published in the February 2019 edition of PS, the magazine of the Law Society’s Private Client Section. For more information, go to http://communities.lawsociety.org.uk/private-client/.

[4] E.g. R (on the application of Lynes and another) v West Berkshire District Council

[5] I hear you all mutter “obviously” but having worked in this area of over 15 years one of the most asked questions in disputed cases is “do I have to tell them where I have buried her”.

[8] Cremation has a statutory footing under the Cremation Acts 1902 and 1952 but was not unlawful before regularised. 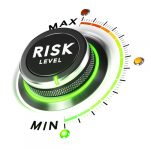 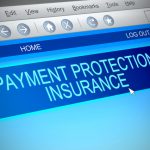 Staking a claimProbate
This website uses cookies for functionality and to help us to improve the experience of the website. By continuing to use this website, you accept their use or you can also change your personal settings.