Income tax on income received during the administration of an estate

There are three ways in which income tax may be accounted for during the administration period following the death of the deceased, as follows:

No notification to HMRC required 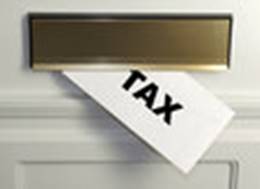 From 2016/17 onwards most income is now paid gross without the deduction of tax at source. This means that in principle receipt of gross income by the personal representatives (PRs) of the deceased person should account for tax to HMRC on the income received at either the standard rate of 20% or the dividend rate of 7.5% on dividend income.

However, in the majority of estates the amount of gross income received is modest and does not justify the costs of collection. The current policy of HMRC is to not to require notification from PRs where the only source of income is savings interest (i.e. bank interest, building society interest, interest on gilts) AND the total savings interest of each tax year amounts to £500 or less at the current rate of 20% tax i.e. the tax liability would be £100 or less.

Please note savings interest does not cover dividend income so if ANY dividend income is received HMRC will need to be notified of the total gross income for the administration period even where the total for any particular tax year does not exceed £500.

Where the income tax due on the income received in any one tax year of the administration is more than £100 (or includes income other than savings interest) but less than the thresholds for registering a complex estate, then HMRC will expect to be notified using the informal procedure.

PRs must keep a record of all income received during an administration period. Any distribution to a beneficiary with an absolute interest in residue is deemed to receive income first when a SUM is paid and, as the recipient, the beneficiary will be taxed on it as income in their hands. HMRC confirms that the term “SUM” is not restricted to a cash sum and that the beneficiary can be deemed to have received income if ASSETS are transferred to them or DEBTS SET OFF OR RELEASED.

Beneficiaries are assessable on the estate income in the tax year in which it is paid or deemed to be paid to them, rather than spread over the period of administration. Beneficiaries are also deemed to receive their income from the PRs net of income tax, whether or not the PRs have at the stage at which the distribution takes place, actually paid tax on the income received in the administration period.

The combined effect of these deeming rules is that when a beneficiary receives an appropriation of an asset e.g. a painting worth £1,000; if his share of the residuary income at that point was £1,500 then all of the value of the painting will be deemed to be part of his aggregate income entitlement. This means the PRs would give the beneficiary for that tax year of appropriation an R185 Estate Income form showing a distribution of income of £1,000 on which tax of £250 had been borne making a gross distribution of £1,250. However, the PRs would simply note that income in the estate had been received for which they will account for the income tax once using the informal procedure at the end of the administration period.

For example, if in Miss A’s estate the administration period covered two tax years – in the first tax year the income received comprised both savings interest and dividend income totalling £400 (£300 savings interest and £100 dividend income) and a similar sum was received by way of income in the second tax year the total income of the administration would £800, which is less than the threshold for registration of a complex estate. Even though the income for each tax year is below the £500 threshold for no notification, because the income includes dividend income the total income must be accounted for to HMRC using the informal procedure.

This means that the PRs will provide HMRC with a calculation of the amount due, in this example £135 (£120 on the savings interest + £15 on the dividend income). HMRC will then provide a payment slip with a reference number for this payment only. The PRs will send in a cheque for this total tax liability using the payment slip.

Meanwhile, Miss A’s PRs made two distributions to her nephew, who is her sole residuary beneficiary. The first, by way of an interim payment on account of his entitlement, in the first tax year of £15,000 and a final distribution of £250,000 in the final tax year.

In the tax year in which the administration period ended and he received a final distribution, again he will receive an R185 for the same sums representing the estate income for the final tax year.

At that point the PRs will account for the tax paid on the estate income for the whole administration period to HMRC under the informal procedure. It matters not that an R185 was issued for the first tax year of the administration at a time when no actual income tax had been paid to HMRC by the PRs.

Notification to HMRC through the self-assessment process

Some estates are deemed to be complex and must report their income and gains to HMRC using the self-assessment process and the tax form SA900 for Trusts and Estates.

A tax return is needed if any of the following applies:

In order to submit a self-assessment return the PRs need a Unique Tax Payer’s Reference (UTR) from HMRC. Although a separate digital system for complex estates would be beneficial the only method by which one can be obtained currently is by registering the estate on the Trust Registration Service.

The Trust Registration Service is primarily designed for the registration of relevant trusts in compliance with the 4th Money Laundering Directive. This Directive does not apply to estates and so only part of the registration process is required for complex estate to enable the UTR to be issued. Please note the administrative penalties for failing to register apply only to trusts and not to estates which are subject to the usual self-assessment penalties.

In many cases it will be apparent at the start of the administration that the complex estate thresholds will be breached because of the nature of the assets in the estate e.g. the estate comprises a portfolio of let property generating income of £20,000 per annum. The administration period is likely to last for two to three years and therefore the income tax bill alone in respect of that portfolio will exceed £10,000. In these cases it is advisable to register the complex estate at the start so that the UTR will be received and the PRs can meet the self-assessment timelines for filing tax returns on time.

Where it is not clear at the outset that the complex estate procedure is likely to apply e.g. because the income is well below £50,000 and the overall estate is valued at less than £2.5 million, then registration may only occur in the tax year of the end of the administration period when assets are sold for more than £500,000.

A few estates may have used the informal procedure on an annual basis. If they then sell an asset towards the end of the administration for more than £500,000 the estate has to be registered at this late stage as a complex estate. The online form for the complex estate registration does provide a box to tick if no tax returns are required for earlier years of the administration period to avoid notices to file being issued for the prior tax years when income tax was accounted for using the informal procedure.

Keep your knowledge up to date with insights like these via the LawSkills Monthly Digest – sign up. 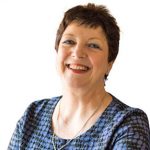 Are you continuing to be competent?Gill's Blog, Practice Management 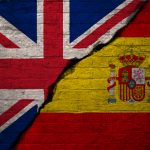 Spanish Inheritance and Property Ownership- Anticipating BrexitTax, Wills
This website uses cookies for functionality and to help us to improve the experience of the website. By continuing to use this website, you accept their use or you can also change your personal settings.