Two and a half million properties in the EU belong to people not residing in the State in which the property itself is located.

The acquisition of a property abroad by married individuals could mean a property regime applies which is not the regime in force in their country of origin (if any).

The private international law rules (PIL) of each country assesses, in cross-border matters, what is the law applicable to the property regime of spouses.  The connecting factors might differ from country to country, leading to potential conflict of laws. 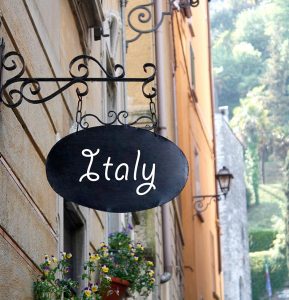 An English married woman purchases a house in Italy. First, the applicability of the statutory Italian matrimonial property regime of community of property should be assessed.

Community of property, under Italian law, means that each spouse automatically owns 50% of an equitable share of the property acquired during the marriage regardless of the fact that the property is registered in the name of one spouse only, as legal owner. Properties received by donations, inheritance or legacy or properties purchased by income of the spouse’s personal property are excluded from the community of property.

The spouses might choose the separation of goods regime at the time in which the marriage is celebrated or afterwards.

English people tend not to pay enough attention to such rules as in England and Wales there is no “matrimonial property regime” as understood in civil law countries  (i.e. there are no proprietary consequences flowing from the fact of marriage at all. Each property being owned as acquired by contract, acquisition, or otherwise). The lack of property regime is balanced by the discretionary power given to the judge in the redistribution of assets among the spouses in case of divorce.

What is the law applicable to the patrimonial regime of spouses affecting the acquisition of the  real property  in Italy?

The Italian PIL rules in force (up to the 28th of January 2019) are provided by law no. 218/1995 pursuant to which the “matrimonial property regime” is governed by the national law of the spouses if they are nationals of the same country. Should the spouses have different nationalities (or more than one nationalities in common), the applicable law is that of the State where their matrimonial life has been mainly based.

In the example above, both spouses are British nationals and are most closely connected to England. Their matrimonial domicile is in England.

Therefore, under law no. 218/1995, English law would apply to their matrimonial property regime including the acquisition of the property in Italy.

The reference made to the English law is not limited to the substantive law but also includes the English PIL rules.

The assessment of the English PIL rules on matrimonial property regime is not easy as the relevant precedents seem to lead to diverse solutions.  The earliest precedent is  Welch v Tennent [1891] AC 639, a decision of the House of Lords on an appeal from Scotland. It was held that while the rights of the spouses as regards movable property must be regulated by the law of matrimonial domicile,  their rights in relation to heritable estate are governed by the law of the place where the real property is situate (lex rei sitae).

However, pursuant to De Nichols v. Curlier (1900 AC 21) and De Nichols (N2) (199 Ch 410) (subsequent case) the matrimonial property is governed by the law of matrimonial domicile, regardless of any subsequent change of residence or of domicile (in application of the principle of immutability) and regardless of the nature of the property (movable and immovable). As pointed out in Dicey & Morris, the Welch v. Tennant decision is an appeal from Scotland and, therefore, it should not  formally be binding on the English Courts. The academic discussions on this matter have reached consensus that the opinion embodied in De Nichols should be preferred as the precedent set by Welch v. Tennent would lead to a fragmented situation where each asset owned in different countries would be subject to different regimes.  The law of the matrimonial domicile at the time of marriage is considered to be an appropriate system because it is most likely to be the system the spouses would expect to apply to the purchase of any property including the properties located abroad.

While the lex domicilii matrimonii should apply as between husband and wife, in disputes between the spouses and third parties (e.g. creditors) the third party interest should be protected. If the third parties do not know and could not know which is the law of matrimonial domicile, they must apply the lex situs to determine the matrimonial property regime of the spouses, with regard to both movables and immovables. Similar provisions to protect the interest of third parties are provided by the Italian law. 218/1995.

On 29 January 2019 the Italian PIL on property regime will be superseded by the application of the two EU Regulations of 24 June 2016 on matters of matrimonial (Council Regulation (EU) 2016/1103) and registered partnership  (Council Regulation  (EU) 2016/1104) property regimes  (bounding 18 EU Members States [1]). The law designated as applicable by the EU Regulations shall be applicable even if it is not the law of a Member State (Universal application). One single law shall be applicable to all assets (principle of Unity of Applicable Law) regardless of their location and nature (movable and immovable).

In the absence of a choice of law the Regulation (UE) 2016/1103 provides uniform connecting factors, in hierarchical order, to determine the applicable law to matrimonial property regime:

If the spouses have more than one common nationality, the second connecting factor does not apply.

Maria Grazia Antoci, TEP, is a lawyer in Florence so too is Daniele Muritano, TEP who is a notary in Empoli (Florence) where he is currently employed. They both help clients with interests worldwide to be compliant with the laws of different countries. They have been assisting members of the British Community, living or having interests in Italy, in cross-border legal matters. Between them their areas of expertise cover estate planning and Wills, administration of estates in complex cross-border successions, protection of vulnerable adults and defense of human rights, intellectual property law, real estate and company law. Maria was appointed honorary secretary for Tuscany of the British Chamber of Commerce for Italy and Daniele participates in the EU Project “Towards the Entry into Force of the Succession Regulation: Building Future Uniformity upon Past Divergencies” Suxreg Contact Daniele: danielemuritano@gmail.com
Recommended Posts
Categories

If you fail to seek advice on trust tax implications…Tax 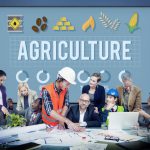 Diversified Farm Probate valuations become more complex & with greater riskTax
This website uses cookies for functionality and to help us to improve the experience of the website. By continuing to use this website, you accept their use or you can also change your personal settings.