Proprietary Estoppel: What counts as a promise? 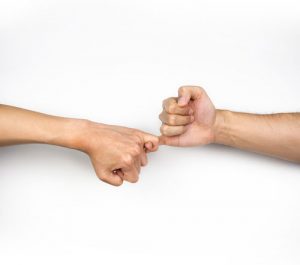 As every student or practitioner knows there are three elements to proprietary estoppel, as confirmed in Thorner v Major [2009] 1WLR 776, namely;

However, 2 cases heard in 2018 have provided us with a more nuanced understanding of what amounts to an assurance.

Charles James owned a farming and haulage business. He had three children, and in 2007 he gave some land to his daughter Karen, and in 2009 he gave more land and the haulage business to his son Sam, with whom he worked. By his Will, Charles disposed of the rest of his property; with some more land for Karen, and the farm being held for his wife for the rest of her life, and then passing to his other daughter Serena. Sam contested this and claimed that he was entitled to the farm and some of the land inherited by Karen by virtue of propriety estoppel.

HHJ Matthews who heard the case, reminded us that any assurance must be clear and of the guidance in Walton v Walton [1994] CA Transcript No 479 that:

“The promise must be unambiguous and must appear to have been intended to be taken seriously. Taken in its context, it must have been a promise which one might reasonably expect to be relied upon by the person to whom it was made.”

The court must look at the totality of the evidence of what passed between the parties, and form a view as to whether it was intended, or whether a reasonable man would have taken it to have been intended, to amount to such an assurance. The remedy in a successful proprietary estoppel case will not invariably be to give the claimant that which they were promised; proportionality has a role to play: Henry v Henry [2010] UKPC 3.

The issue for Sam was that the Judge did not find that there was evidence that amounted to an assurance. HHJ Matthews did find that there was an occasion when Charles told Sam what his testamentary intentions were; but the Judge ruled that that statement was simply a statement of current intent, and did not amount to a promise, let alone a promise that was to be acted upon. The rationale adopted by HHJ Matthews therefore seems to be that as a Will can be changed at any time, it does not amount to a promise sufficient to evidence proprietary estoppel.

This was also a Bristol case, heard by Mr Justice Birrs. Lucy (the claimant) brought a claim against her mother (Jane), on the basis that for her entire working life she had dedicated herself to the family dairy farm. Lucy claimed that she had only done so due to assurance by her father that she would inherit the farm. Upon her father’s death in 2014, Lucy discovered that her father had left his entire interest to Jane.  The value of the farm was said to be £2.5 million.

Lucy asserted that her father had made representations that:

The Judge took a broad approach, ruling that when taken together the statements amounted to Lucy being promised ‘a viable diary farm’ and forming a reasonable expectation to inherit. Lucy was awarded £1.7 million.

Perhaps the most significant point to take away from Habberfield, is that Jane sought to rely on James v James [2018]. Mr Justice Birrs accepted that there is a distinction between a statement of current intent as to a future gift and a promise of that future gift. However, the court approaches each case on its own merits. In terms of the statements made to Lucy, and the context of Habberfield, Mr Justice Birrs held that the statements equated in this case to assurances; that in return for Lucy’s hard work and acceptance of low wages, she would receive something in the future.

Whilst James v James has made it clear that there is room in the law for someone to inform another of what is in their Will, without establishing proprietary estoppel, the issue will be judged on a case by case basis. Habberfield highlights that more weight will be given to statements that have been made repeatedly and over a long period of time. The same is true when a claimant has acted based upon those assurances for a significant period of time.  However, with Habberfield being appealed, we will have to wait and see if the higher courts uphold this trend.

Further announcements coming soon via our newsletter
– if you don’t receive this yet, sign up to receive yours –

or Request to be kept informed,
adding “Send more info on new service” in the subject line of your email 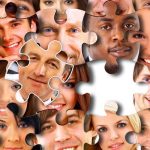 The Risk to a Personal Representative when beneficiaries are unknown or missingProbate
This website uses cookies for functionality and to help us to improve the experience of the website. By continuing to use this website, you accept their use or you can also change your personal settings.