Assisted dying and powers of attorney 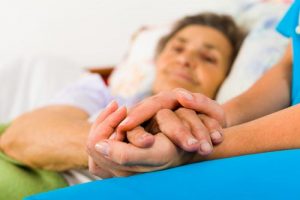 This is a very interesting judgment by Lord Justice Baker that concerns two applications brought by the Public Guardian, and made under section 23 and Schedule 1 paragraph 11 of the Mental Capacity Act 2005, in relation to the validity of the words in Lasting Powers of Attorney (‘LPAs’). The first test case relates to words regarding euthanasia or assisted suicide and the second concerns words as to the appointment of multiple attorneys.

The substance of the issues in which the words are directed are very different in the two cases but there is legal overlap as the active parties are the same in the two sets of proceedings, the Public Guardian and the Official Solicitor.

The guidance is very useful not only to the Public Guardian but also for Practitioners when advising clients in relation to the provisions that they incorporate within LPAs.

It is increasingly useful to consider a complaint to the Local Government & Social Care Ombudsman when trying to resolve problems with social care. This was highlighted in the case of the LG & SCO & South Gloucestershire CC 17 013 122.

In this case Mr C had a number of health problems including Parkinson’s disease and dementia. Until 2017 he remained at home with Mrs C his main carer, assisted by the rest of the family. In March 2014 he started to receive the higher rate of Attendance Allowance which was used to support his needs.

Mr & Mrs C have four children – three of them were assisted to buy their properties by gifts from the parents in the 1980s; their daughter lived in rented accommodation due to her husband’s job as a police officer. Helping their daughter buy a house only became possible when her husband retired (2016) and then became urgent when their landlord was to redevelop – they gave £30,000 to their son-in-law to assist in the purchase in June 2017.

Following a deterioration in Mr C’s condition a best interests meeting was held on 6 July 2017 and it was decided he should move into a nursing home on a permanent basis. Mr C’s contribution was said to be £557 per week & he moved into care on 3 August 2017.

A financial assessment was only then conducted and the Council decided there was deliberate deprivation and no financial support would be available. Bills were sent to Mrs C for over £16,000 & debt collectors appointed causing great anxiety.

Mrs C asked the Council to reassess their decision – they took this as a complaint and reviewed their decision saying that as Mr C had been awarded the higher rate of attendance allowance in 2014 there was a reasonable expectation then he would need a package of care yet he chose to make a gift of £30,000 to his son-in-law.

The Council also failed to carry out the financial assessment in accordance with the Care Act 2014. The argument that receipt of higher attendance allowance meant ultimately a care package would be required was flawed.

It was interesting to note that the Ombudsman again reiterated that it is for the Council to show the motive behind the gift was substantially the deliberate deprivation of assets to enhance receipt of means tested benefits. It is perfectly possible to make gifts for other reasons, as in this case, and there should not be a presumption of deliberate deprivation. These LG&SCO decisions should be useful to practitioners when challenging care plans and assessments for clients.

HHJ Hilder had to consider an application by the Head of Business Development and Client Finance of Focus Independent Adult Social Work C.I.C (‘Focus’) as Property and Affairs Deputy for SH.

The judgment is important, as it provides clarification of the interpretation and application of s. 19(2) MCA 2005 in relation to the appointment as Deputy of a qualified individual holding an office in an approved organisation to act on behalf of a protected person.

A deputy appointed by the court must be-

S.19 of the MCA 2005 can be read plainly. Subsection (2) provides for a particular method of meeting the requirement of subsection (1). An order made under subsection (2) should only specify the office or position, and not the individual holding that office at the date of the order.

An order appointing an office holder as deputy should therefore include a requirement that that the holder at the date of appointment notifies the Public Guardian if they cease to hold that office. The Public Guardian will then be in a position to refer the matter to the court if he considers that appropriate. The PG agreed with this approach.

A review of the indemnity cover and bond arrangement was undertaken and the security bond increased.

The making of gifts by attorneysElderly/Vulnerable Client 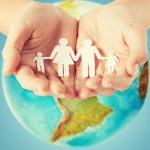 The Life of the STEP Worldwide Chair – Patricia WassComment, Elderly/Vulnerable Client
This website uses cookies for functionality and to help us to improve the experience of the website. By continuing to use this website, you accept their use or you can also change your personal settings.