The making of gifts by attorneys

The making of gifts by attorneys regularly crops up in cases before the CoP usually because the attorney has overstepped the mark and retrospective approval is sought or the misbehaviour is so severe as to justify the Court removing the attorney. By contrast this case is an application for prior approval to make substantial gifts with a view to improving P’s potential IHT position on death.

On the 5th August 2010 JMA executed a Lasting Power of Attorney for Property and Affairs in which she appointed PBC as her sole Attorney. A few months later, JMA provided funds of over £500,000 for PBC to purchase a property.

On the 12th April 2011, JMA executed a Will leaving legacies to her sister JG, grandson JAA, eight charities and her residuary estate to PBC. In 2012 JMA made further gifts to her sister JG and her son PBC. It would appear that JMA’s lifetime gifting from her own assets amounted to £936,499 with most of it going to PBC.

At the time of the application JMA’s estate was worth £18,650,000. It is clear that both RA and JMA together and since RA’s death took professional advice about the management of their assets.

An application was made to execute a statutory Will for JMA which replicates her existing Will save that:-

And also for certain lifetime gifts to be made:

PBC agreed to enter into further agreements under which he covenants with JAA and the eight charities that he will make a Will which provides that if he predeceases JMA they will receive the sums that they would have received under JMA’s 2011 Will had the gift to PBC not been made.

Was it in JMA’s ‘best interests’ to make such gifts?

Whenever a person lacks capacity to make a decision in respect of their property and affairs, the powers of the Court are set out generally in s.16 of the Mental Capacity Act 2005, and more specifically in s.18. The power to make a gift is set out in section 18 (1) (b), and to execute a Will in section 18 (1)(i).

The exercise of those powers is subject to principles set out in s.1 of the Act, including the requirement at section 1 (5) that “An Act done, or decision made, under this Act for or on behalf of a person who lacks capacity must be done, or made, in their best interests.”

‘Best interests’ as a phrase is not defined within the MCA. Instead at s.4 of the Act, a series of requirements of the decision-maker are set out.

After creating the balance sheet of positive and negative factors HHJ Hilder authorised the gifts and the Statutory Will as she concluded those factors in favour outweighed those against. HHJ Hilder took account of Charles, J’s view in Watt v ABC and the Official Solicitor [2016] EWHC 2532 which entailed taking each case on its individual facts and not applying ‘presumptions, starting points or a bias to be displaced in any application of the best interests test under the MCA 2005.’

For more details or to book your place

Tax Planning in the Court of ProtectionElderly/Vulnerable Client 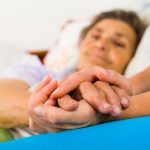 Assisted dying and powers of attorneyElderly/Vulnerable Client
This website uses cookies for functionality and to help us to improve the experience of the website. By continuing to use this website, you accept their use or you can also change your personal settings.