Brussels IV: where are we in practice? 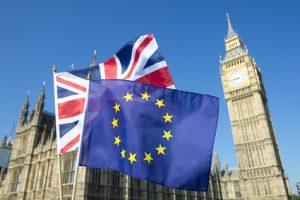 Much has been said and written about the European Succession Regulation, known as Brussels IV.  But questions remain about how it operates in practice.

As a reminder, Brussels IV was intended to let individuals choose one succession law to apply to all their assets throughout the EU.  The default position is that the succession laws where the individual was habitually resident at the time of death apply.  There was a provision to allow another jurisdiction’s succession laws to apply, if the deceased was ‘more closely connected’ to that jurisdiction than to the habitual residence e.g. where someone had just moved jurisdictions.

The Regulation also gives individuals the option to elect for the law of nationality to apply, even if the law is that of a non-EU country.  For example, an American living in Paris can elect for the succession laws of their particular state in the US to apply.  Equally, it is possible for UK nationals to elect for their laws of succession (those of England & Wales, Northern Ireland or Scotland) to apply to their EU-based assets.

A key part of Brussels IV was the ability to get a European Certificate of Succession.  This would be issued by one EU jurisdiction where the deceased had assets, and the deceased’s heirs could then use this Certificate in all other member states within the EU.

The aim was to ensure families didn’t have to go through the local probate procedure in each member state where the deceased had assets.

The UK did not sign up to Brussels IV (neither did Denmark or Ireland).  This means it is not possible to get a European Succession Certificate from the UK authorities.

Unfortunately, this does not appear to be widely known amongst the rest of the EU.  In the past month or so, a number of potential clients have contacted me saying they need a European Certificate of Succession from the UK in order to show to banks or notaries in Portugal, France and Greece, to name just the most recent.

In one case, the Greek bank had refused to accept the English grant of probate, despite it being translated into Greek and having been notarized. The bank’s rationale was that they could only accept a European Certificate of Succession issued by the UK authorities, not the local grant of probate.

This leads to the question as to how to deal with such requests.  It may be a case of educating the person requesting the European Certificate: explaining that these are not valid or binding in the UK and that the UK authorities do not issue them.  In some cases, that seems to be sufficient.

In other cases, we have been able to produce a document setting out who inherits under English succession law, and the local asset holder has accepted this (once translated).  We have stressed that this is not an official European Certificate of Succession, as it isn’t issued by the UK authorities. In effect, it’s no different to a legal opinion.

However once we’ve had it notarized for the relevant country, with the apostille stamps added, it has been useful in the past in releasing assets in various parts of the EU.  Presumably if it’s a ‘box ticking exercise’ at the local bank or equivalent, then anything that looks like it could be a European Certificate of Succession is good enough to tick the box.

It’s clear that there is still a lot of confusion as to how Brussels IV operates in practice, particularly where the UK is concerned.  Whilst we’re quite comfortable with the idea that Brussels IV doesn’t apply here, because we didn’t sign up, it seems our European legal colleagues are not always aware of this and neither are the local asset-holders.

This valuable webinar – perfect to listen to during your lunch break will cover recent tax cases and target learning points – both positive and negative – arising from them.

To find out more and book your place

Jo Summers
Information in this article should not be taken or relied upon as personal financial advice.  Any individual requiring information or advice on their own specific circumstances or on their own account should contact a suitably qualified professional. Jo qualified as a solicitor in 1995 and has specialised in personal taxation ever since, particularly with an international element. She advises individuals who are moving to or from the UK. Chamber & Partners Jo advises on offshore trusts, offshore pensions (including QROPS and QNUPS) and other international structures (such as EBTs and EFRBS). Jo also advises on UK personal tax, estate planning and charities.Jo is a director of PWT Advice Ltd, a specialist consulting company, and a consultant to Penningtons Solicitors LLP. Tel: 0345-833-9025jsummers@pwtadvice.co.uk
Recent Posts
Categories 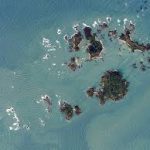 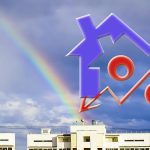 Spanish Probate- Dealing with Onerous Spanish AssetsTax
This website uses cookies for functionality and to help us to improve the experience of the website. By continuing to use this website, you accept their use or you can also change your personal settings.