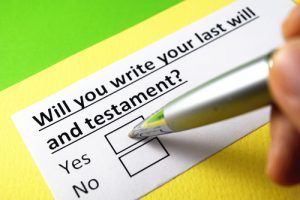 The statistics which are often bandied around about the proportion of the population who have not made a Will are resolutely static. It seems to be “around two thirds” have not, a recent example published in January 2018 being 2,000 people surveyed by MacMillan Cancer Support. If you drill into the figures the balance shifts upwards as people get older (according to Macmillan 42% of over 55’a have made a Will) but it’s still clear that persuading people of the good sense of doing so is often an uphill struggle. All of which feeds into one of my favourite “inspirational quotes ” attributed to Mr Einstein that “insanity is doing the same thing over and over again and expecting a different result”.

So what are we doing which is the same thing over and over again? In my view, we are being too negative. To reel off another of my own much used phrases “doctor heal thy self” I’ve done it myself countless times – written articles and press releases for local papers and charities talking about all the negative things that will happen if you do not leave a valid Will, lurid stories about the mess left behind for your loved ones, lack of control, your hard earned money, the Intestacy Rules and for those of us practicing law in Lancashire the icing on the hackneyed cake is HM the Queen aka The Duke of Lancaster inheriting where bona vacantia applies.

As an aside I heard last year of an event during Dying Matters Awareness Week where a member of the U3A went to a meeting dressed at HMQ complete with Crown and handbag and said “If you don’t make a Will, I could end up with your house”.  I have seen a photo and it was frightening.

And the point is we should not be trying to frighten people. It’s not kind and more to the point it’s clearly not working.

A positive message is far more attractive. Legacy fundraisers at the big charities are already onto this and have aligned to it the importance also of positive language. A recent paper “Phrasing the Charitable Bequest Inquiry” found (without apparent irony as it was written by a US based academic Russell James at Texas Tech University) that the word  bequest” was less attractive and less likely to produce a bequest than being asked to “make a gift to charity in your last will and testament”. A “gift” is something most us like to receive where as a “bequest” has shadows of death written all over it.

That said, my feeling is that we need to do more than just turn a negative threat (if you die without a will it will be a mess) into a positive message (leave everything neat and tidy). We need to also articulate the deeper emotional benefit to a client of knowing they have done their best to exit the stage (note I did not say “die”) in a well thought out way which provides maximum kindness and benefit to the people and organisations they have cherished or appreciated in their life; that they have planned a “legacy” in a much wider sense than its narrow legal definition.

If we can sell the probate administrator’s dream of a tax efficient, clear and dispute free Will which leaves everyone involved feeling positive about the deceased, then everyone apart those practising contentious probate will be a winner.

After you’ve attended this Webinar, presented by Gill Steel, you should be able to draft with confidence those Wills you are competent to prepare and check with care the Wills you have drafted.

AVAILABLE AS A RECORDING ONLY, FOR UNLIMITED VIEWING 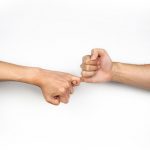 Proprietary Estoppel: What counts as a promise?Probate, Wills
This website uses cookies for functionality and to help us to improve the experience of the website. By continuing to use this website, you accept their use or you can also change your personal settings.