Why it’s important to use precedents correctly

Millar v Millar [2018] EWHC 1926 is a useful reminder of the need to take care when drafting trusts use precedents correctly and always consider their applicability to the needs of the client.

The claimants in this case (Christine and Sarah) are the 2 daughters of Christopher and Janet Pearson who died on 30 March 2015 and 1 July 2005 respectively. The defendants are the husband and three sons of Christine, Sarah being unmarried and without children.

Christopher and Janet were co-owners of 15 Mill Lane, Iffley Village, Oxford – holding the equitable interest as tenants in common. Janet, by her Will, left her residuary estate to Christine and Sarah in equal shares – the effect of this was that Christopher then held 15 Mill Lane on trust for himself as to 50% and for his daughters as to 25% each.

Christine and Sarah consulted solicitors to act in the administration of their mother’s estate and were advised to create a trust during their respective lifetimes for IHT planning purposes to give a life interest to Christopher of their share in the property, and subject to that a life interest to their surviving spouses (if any) and subject to that to Christine and Sarah in equal shares.

The wording of the settlement contained contradictory wording:

Whilst it is normal for the type of clause 13 wording to be included in inter vivos settlements to avoid the creation of a settlor interested trust it clearly was not appropriate if the wording of clause 4 expressed the intention of the parties.

An interesting point was made by the Judge – only the parties to the case are bound by the outcome and since there was no representation for possible future spouses or future children they would not be bound by the decision. A failure, too, to include HMRC in the claim or provide evidence that it did not wish to be joined in also meant HMRC were not bound by any order made.

On the construction point:

On the rectification point:

Another case of the person offering the advice and drafting the document not taking care over the practical implication of what has been prepared. 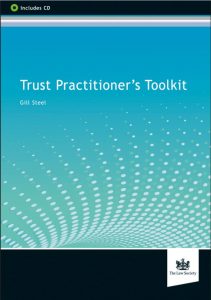 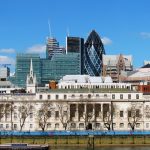 Trust Reform (1): A Big Opportunity?Trusts
This website uses cookies for functionality and to help us to improve the experience of the website. By continuing to use this website, you accept their use or you can also change your personal settings.