Tax Planning in the Court of Protection 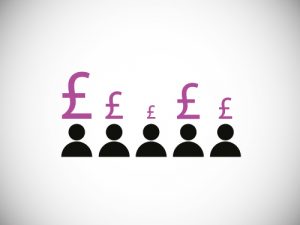 The thorny issue of gifts made on behalf of persons who lack capacity has come before the Court of Protection (“CoP”) a number of times over recent years. Most cases have concerned attorneys or deputies seeking retrospective authorisation of gifts they have made from P’s property. But in Re JMA; PBC v JMA [2018] EWCOP 19, the CoP had to decide whether to give prospective authorisation to an attorney who wanted to make very substantial gifts – including a £6m gift to himself – out of his mother JMA’s funds. The purpose of the gifts was to mitigate JMA’s IHT liability on death.

The CoP (Senior Judge Hilder) decided to authorise the gifts. Was this simply an unusual case involving an exceptionally wealthy protected party? Or does it have wider implications for attorneys and deputies who want to mitigate tax by making gifts out of P’s estate?

JMA was a 72-year-old lady with advanced early-onset dementia. It was common ground that she lacked capacity to take or participate in taking decisions about making gifts. She had a life expectancy of up to 10 years, but it was more likely she would only survive for 3 to 5 years.

JMA had two children, a son and a daughter, both from her first marriage. Her son, PBC, was her sole attorney under a Property and Financial Affairs LPA. Her daughter predeceased her, but was survived by a son JAA (JMA’s only grandchild).

Her wealth (around £18.65m) derived from her most recent husband, RA, who had died in 2010. He had left his entire estate by will to JMA, but with a precatory clause asking her to consider making gifts to members of his own family, former employees of his and certain charities.

She had decided not to give effect to RA’s precatory clause, other than by making lifetime gifts of £10,000 each to the charities he had suggested. This was because she did not feel close to his family or former employees.

JMA had previously made substantial lifetime gifts to PBC, by providing him with housing. She had also engaged in some moderate tax planning, although not significantly in relation to IHT.

PBC asked the CoP to authorise the making of the following gifts:

The application was supported by all the respondents, namely the Official Solicitor (“OS”), JAA and two of the Charities.

Private client practitioners will be aware that section 12(2) of the Mental Capacity Act 2005 (“MCA 2005”) allows LPA attorneys to make certain gifts without prior court authorisation. It provides that:

The donee [of an LPA] may make gifts:

if the value of each such gift is not unreasonable having regard to all the circumstances and, in particular, the size of the donor’s estate.

In some cases, this will allow an attorney to make gifts that mitigate P’s IHT liability on death: see Re Buckley; The Public Guardian v C [2013] EWCOP 2965 at [89] (Senior Judge Lush) and the helpful new Practice Note from the Office of the Public Guardian on “Giving Gifts”.

However, gifts on the scale proposed by PBC are clearly well outside what an attorney can properly do under section 12(2).

PBC therefore applied for prospective authorisation of the gifts under section 23(4) of the MCA, which provides that

The court may authorise the making of gifts which are not within section 12(2) (permitted gifts).

The factors in the “best interests” assessment which were given most weight in Re JMA were as follows:

Senior Judge Hilder decided to authorise the proposed gifts, as she found them to be in JMA’s best interests. In assessing best interests, she applied the “balance sheet” approach: [67].

The factors on the balance sheet in favour of the gifts were as follows:

The factors against were that:

Three main points can be taken away from Judge Hilder’s decision.

Applications for prospective approval of gifts must show that P will be left with ample funds for his future needs after the gifts are made.

This will generally be easier to demonstrate where P’s assets are as large as JMA’s. In other cases, getting over this first hurdle will be more difficult. Life expectancy will play an important role. But it is worth noting that life expectancy can cut both ways. Longer life expectancy increases P’s future needs. But shorter life expectancy may reduce the IHT benefits of the proposed gifts.

Furthermore, while leaving P with ample funds is a necessary condition, it is not enough in itself, since there is “no expectation” that making lifetime gifts of surplus wealth will be in P’s best interests: [64].

Re JMA is a reminder that, from both a legal and a practical point of view, it is desirable to get “buy in” from potential respondents to any application: see Judge Hilder’s remarks at [73].

From a legal point of view, support from family members (and the OS) can come into play in the assessment of best interests, in that the views of persons interested in P’s welfare are a factor which it may be appropriate to take into account under section 4(7)(b) of the MCA. Family harmony may also be taken into consideration under section 4(6)(c) as a factor that P would be likely to consider if he were able to do so.

The practical advantages of an unopposed application are obvious. However, as Re JMA shows, the court may still scrutinise the application at length, even where the applicant has succeeded in getting the OS onside.

This is a point where Re JMA marks a real development in the law.

Counsel for PBC and the OS had both submitted that there was something like a presumption that a person lacking capacity would, if she had capacity, wish to engage in prudent tax planning: see [54] and [63]. Similar submissions were made by counsel in Re KGS [2012] EWHC 302 (COP): see [18]-[19].

Judge Hilder rejected these submissions: [65]-[66]. She held that they were inconsistent with the policy of the MCA, which is for the “best interests” assessment to proceed on the evidence available, without relying on assumptions or presumptions about what P would want if he had capacity.

The rejection of this presumption underlines the importance of providing evidence of P’s past wishes and feelings about tax planning. If possible, the evidence should show that P engaged in the kind of tax planning that the proposed gifts are intended to achieve. The application in Re JMA would have been more compelling if there had been evidence that JMA had engaged in IHT tax planning, although overall this weakness in the evidence was not fatal to the application: [67].

Judge Hilder’s decision also makes it more difficult to apply for authorisation of gifts where there is no evidence of P’s past wishes and feelings about tax planning. This will inevitably be the case where P has lacked capacity to manage his finances since birth or infancy. Often in such cases P’s funds will derive from a PI award to compensate for the injuries which caused P’s lack of capacity. The CoP has previously shown reluctance to countenance gifts from such funds: see Re KGS at [39] (but see also Re AK (gift application) [2014] EWHC B11 (COP), where IHT-efficient gifts were made from the funds of a boy who had lacked capacity since birth). Re JMA places a further obstacle in the path of applications made in these circumstances.

At first blush, the decision in Re JMA to authorise an attorney to make a £6m gift to himself appears surprisingly generous towards the attorney. However, on closer analysis, it is clear that the CoP continues to assess applications for gift authorisation rigorously. What remains to be seen is how the CoP would deal with a case where P’s assets were less substantial, but the evidence of P’s support for tax planning and making lifetime gifts was more compelling than that available to the applicant in Re JMA.

What Next Regarding Deprivation of Liberty Safeguards?

Gill Steel’s webinar will provide a careful summary of the changes to DoLs included in the Mental Capacity Amendment Bill 2018.

To listen live or buy a recording visit LiPS Legal

James Kirby
James Kirby is a Barrister with Ten Old Square
James was called to the Bar in 2017. From October 2018, upon completion of pupillage, he will be a member of Ten Old Square. He has experience across the whole range of chambers’ private client work, including contentious trusts and probate, Court of Protection, tax and property. He appears in his own right in both the County Court and the High Court.
If you wish to contact James Kirby please do so by telephone to 00 44 (0) 20 7405 0758
or by email to clerks@tenoldsquare.com
Recommended Posts
Categories

The making of gifts by attorneysElderly/Vulnerable Client
This website uses cookies for functionality and to help us to improve the experience of the website. By continuing to use this website, you accept their use or you can also change your personal settings.