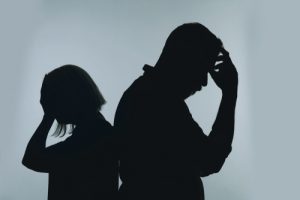 Master Teverson’s recent decision in Banfield v Campbell is the latest example of what seems to be a shift towards awarding life interests rather than outright transfers of capital to surviving cohabitants under the Inheritance (Provision for Family and Dependants) Act 1975 (“the 1975 Act”).

The dispute concerned the estate of Sarah Campbell, who died on 7 October 2015 aged 63 whilst on a flight to the Canary Islands. She had married Neil Campbell in 1981 and had a son with him, James. Mr Campbell died of cancer in 1992 when James was 10 years old and the deceased was 40. The deceased inherited the 3-bedroom detached family home in Thames Ditton, which was registered in her sole name and unencumbered at the date of her death.

In around 1993 the deceased began a relationship with the claimant, Mr Banfield, who was the same age as her. He was living with his mother but gradually spent more and more time with the deceased at the property, and eventually moved in permanently with her from 2001. He was still living in the property with the deceased when she died 14 years later.

The deceased’s net estate available for distribution was likely to be worth in the region of £753,000 (the precise figures were in dispute). The bulk of this consisted of the Thames Ditton property, which was valued at c.£700,000. Under the deceased’s last will, which she had made in 2001, the estate passed entirely to James, save for a gift of £5,000 to Mr Banfield, who was described as a “friend”.

In 1999 the deceased had written a moving letter to James saying “needless to say it is all yours-with my love”. She had also written a letter of wishes purporting to leave her estate on trust for James until his 25th birthday (he was 19 at the time). The letter was signed by the deceased but only one witness, and was therefore not a valid will.

Mr Banfield was 66 years old at the date of trial. His income exceeded his outgoings by c.£900 per month. He had various investments, mostly inherited from his late mother, worth c.£277,000. His principal need was thus for accommodation. He suffered from spinal decompression, for which he had undergone two operations, the second of which caused severe nerve damage. He also suffered from longstanding type 2 diabetes and was overweight.

James was 35 years old at the date of trial. He lived with his fiancée in a flat in Clapham which they rented from his fiancée’s mother. He worked as an assistant project manager earning a net annual income of c.£40,000. He owned an investment property in North London which he had purchased in 2016 for £450,000 with the help of a mortgage of c.£337,500 and a loan of c.£126,500 from his uncle, who in 2015 was imprisoned for 9 years. There was some dispute as to whether the uncle’s loan was a loan or a gift, but Master Teverson concluded that it was a loan which James would have to repay (albeit a ‘soft’ loan which carried no interest and had flexible repayment terms).

Mr Banfield sought an award of a lump sum of c.£450,000 to enable him to buy a 2-bedroom, ground-floor maisonette within a 5 mile radius of Thames Ditton with a private garden for his dog. James argued this was excessive and that Mr Banfield’s accommodation needs could be met by an over-55s or over-60s lease, or by a 1-bedroom apartment costing up to £220,000.

Master Teverson held that neither approach was correct. He considered Mr Banfield’s housing preferences to be reasonable. However, he held that “this is a clear case in which [the provision of a lump sum in the region of £350,000 to £450,000] would go beyond maintenance provision and be excessive capital provision. It would involve Mr Banfield receiving 50% or more of the capital of the net estate.”

He therefore ordered that the Thames Ditton property should be sold and that half of its net proceeds of sale should be held on a life interest trust for Mr Banfield to be used to provide him with alternative accommodation, and should then pass to James.

To book or find out more

Entitlement to bereavement benefitProbate
This website uses cookies for functionality and to help us to improve the experience of the website. By continuing to use this website, you accept their use or you can also change your personal settings.