The Lessons of Lewis v Warner in the Court of Appeal 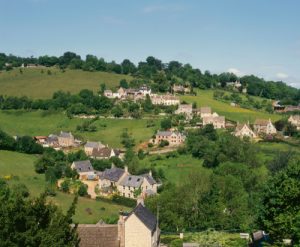 In December 2017, the Court of Appeal handed down the decision in Lewis v Warner [2018] 2 WLR 1205. Its importance cannot be overstated and not simply because it was the first decision in a claim under the Inheritance (Provision for Family and Dependants) Act 1975 of the Court of Appeal following, Ilott v The Blue Cross in the Supreme Court earlier that year. And nor is it simply because it was the first time that the claim of an unmarried cohabitee under the amended 1(1)(ba) and 1(1A) of the 1975 Act has reached the Court of Appeal. And nor is it simply because the unanimous judgment in the case was delivered with all of the authority of the Vice Chancellor Sir Geoffrey Vos sitting in the Court of Appeal. For whilst all of those things are very significant indeed, it was the practical solutions to the rather miasmic “moral claim” question which have persisted in inheritance disputes since In re Coventry, decd [1980] Ch 461 which, in the writer’s view, are the most significant implications of this decision.

Practitioners in this area need no reminder that the words “moral claim” make no appearance in the 1975 Act at all, rather like a silent letter in a word that on the face of it already looks difficult enough to pronounce or spell to the uninitiated. Instead it is a judicial construct ensuring that only “worthy” claims will succeed and to dissuade prodigal sons and daughters (or other claimants for that matter) from claiming their “entitlement” to the estate of a late parent  from whom they might not have benefitted (sufficiently) under a will or the law of intestacy or a combination of either. In short it is a judicial floodgate.

Certainly the Court of Appeal received short shrift from the Supreme Court for its approach to the quantification of Mrs Ilott’s claim in 2015. As a consequence, practitioners have definitely seen a reduction in the number of claims being brought, particularly by adult children since the Supreme Court delivered its decision.

So why is Lewis v Warner so significant?

Mr Warner was of independent means and had sufficient resources to house himself. This he acknowledged. His partner Audrey with whom he had lived was of more limited means, but it was in her home worth between £340,000.00 and £385,000.00 that he had been housed for many years. At the time Audrey’s death Mr Warner was in poor health but enjoyed an excellent support network in the Gloucestershire village in which he lived. He was ninety one. Audrey had been significantly younger than Mr Warner and no provision was made for him under her will. Indeed, Mr Warner confirmed in evidence that he would have been surprised if provision had been made for him; it being assumed that Mr Warner would die first.

In broad terms, following Audrey’s death, Mr Warner wanted the option to purchase the property at full value, so he could carry on living the rest of his days there in a familiar house, in a village in which he had lived his whole life and in which he enjoyed the support of friends and for his healthcare.  He initially offered to pay a rent but this was refused by Audrey’s daughter, the executor, who was also of adequate means. She commenced possession proceedings in the Court.

In the claim under the 1975 Act by Mr Warner which ensued, Mr Warner expressly confirmed that he did not advance a “moral claim”.

At first instance, the Recorder’s decision reflected the state of the law at the time (pre Supreme Court in Ilott) namely that the decision should be reached within the four corners of the statutory framework. Put simply at the time a “moral claim” was not a requirement in order for a claim to succeed and one was not advanced.

However, it is abundantly clear that despite the fact no “moral claim” or “moral obligation” was being advanced or that Mr Warner may not have “thought” he had such a claim does not mean that the facts of the claim did not disclose a “moral obligation” or “claim” and the Recorder was perfectly entitled to make the decision he did, namely that there was a failure to make reasonable provision for Mr Warner, having considered all of the facts.

Further, in terms of the relief sought the Court identified that reasonable provision may well be able to be satisfied by provision of a specific property to meet a Claimant’s needs and that there was no objection to an order requiring the Claimant to pay a sum of money to continue enjoying such property – in this instance the higher of the valuations of the property itself, which he was prepared to pay.

The lesson which needs to be learned is that the concept of a “moral claim” is elastic and the facts upon which such a claim could be advanced need to be identified in claims under the 1975 Act to ensure that “worthy” and meritorious claims can succeed.

13 November 2018
(recordings available after this date)

Simon Lane
© Simon Lane - Pump Court Chambers
Simon’s practice in both property and inheritance matters means he is particularly well placed to help clients at risk of losing their home, farm or other business after a death. Simon is particularly sensitive to the legal issues that crop up in claims that arise on death and prides himself on being able to deal with the often delicate relationships between family members. Simon deals with claims arising on death, contentious private client and traditional chancery cases including: Trusts of Land, Co-ownership and Proprietary estoppel; Wills, Trusts and Probate claims; Inheritance Act Claims; Administration Actions and The retirement, appointment and removal of trustees and personal representatives. E: s.lane@pumpcourtchambers.com Web: Pump Court Chambers
Recommended Posts
Categories

Settling claims for minor childrenProbate
This website uses cookies for functionality and to help us to improve the experience of the website. By continuing to use this website, you accept their use or you can also change your personal settings.