The drafting of French Wills 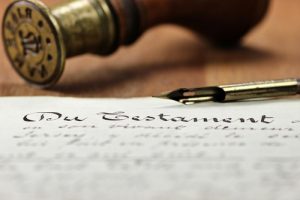 Having a separate French Will, although not obligatory, is often recommended to streamline the administration of your client’s French estate, as the French Notaire dealing with the estate will certainly be more familiar with the execution of a Will drafted in accordance with French law rather than an English Will.

A separate French Will is also recommended to avoid some traps of English Will drafting rules such as the inclusion of French assets in some Will trusts, whether discretionary or not, and the potential negative impact on the French Inheritance Tax payable by beneficiaries (the testator’s domicile status will be relevant here) as well as the trustees’ increased reporting obligations in France (see an earlier article on the taxation of trusts in France for further information).

The formalism applicable to French Wills differs significantly from English Will drafting rules. This article aims to give an overview of the main types of Will admissible under French law and the most common drafting rules and traps that you and your clients need to consider.

1. General rules of French Will drafting

French Wills, whatever form they take, provide essentially, if not exclusively, for the devolution of the testator’s assets after his/her death.

Although the French Civil Code does not specifically refer to any further types of testamentary provisions, a French Will can also include some extra-patrimonial provisions, such as funeral wishes, directions for the education of children or even the recognition of a biological child.

However, if the French Will deals exclusively with the devolution of the testator’s French assets, it is recommended that these non-patrimonial provisions are included in the main English Will.

For the Will to be validly executed, the testator must have full testamentary capacity at the time s/he writes it and must not be subject to any duress or undue influence when writing his/her Will.

The appointment of Executors is not a traditional feature of French Wills. The executor’s role is usually taken over by the Notaire in charge of the administration of the deceased’s French estate. Under French succession law, the estate does not vest into the hands of the executors to then be distributed to the beneficiaries under the Will. Instead, the heirs and beneficiaries are deemed to take possession of the deceased’s estate immediately upon death.

The appointment of an executor may still be good practice when the testator makes some specific gifts of French moveable assets and/or provide for some special obligations to be fulfilled by the beneficiary in return for receiving the specific legacy.  In this instance, the executor will be monitoring that all obligations have been fulfilled and the legacies distributed in accordance with the Will.

This webinar will summarise recent changes to the taxation of property income for private landlords; examine their impact on clients and consider any actions which might be taken.

Where: at your desk

Book or find out more

If the French Will appoints an executor, the latter will have the authority to complete an inventory of all assets and liabilities and organise the sale of movable assets to pay liabilities existing at the time of death. Concerning immovable assets, an executor will have restricted powers as the involvement of a French Notaire will be required to allow the devolution and/or sale of the immovable estate.

The executor’s mission is also time-restricted – it automatically elapses after 2 years unless a one-year extension is granted by the French Court.

The limitations to the executors’ powers explain why so few French Wills provide for executorship.

2. The different types of French Will

French law recognises different types of Will, including the International Will created by the 1973 Washington Convention and introduced in France in 1994.

The French Civil Code refers to two main types of French Wills: the authenticated Will, or testament authentique, and the French handwritten Will, also called testament olographe.

Between these two forms the French handwritten Will is, by far, the most commonly used due to its simplicity, low cost and confidentiality. However, it can be more prone to challenges and litigation. The use of an authenticated Will is most appropriate in a difficult family context where there is risk of disagreement over the content of the Will.

Albeit very simple in its form and subject to only few restrictions in its content, there are still some drafting rules that the testator will have to follow for a testament olographe to be validly executed.

As its name suggests,  a French handwritten Will must be entirely handwritten by the testator (article 970 French Civil Code). A Will that has been written by a third party, totally or partially, will be automatically invalidated.

A French handwritten Will must be dated by the testator. In the presence of several Wills, the date will confirm which Will is the most recent and hence supersedes and (depending on the wording) potentially overrides the other Wills.  The date is also important to appreciate the legal and mental capacity of the testator at the time of writing his/her Will, if contested.

The Will must specify where it was drafted. This is important if the Will covers French movable assets, as the latter, in certain circumstances, can only devolve in accordance with a testament olographe if it was written while the testator was physically present in France.

This Will must be signed by the testator. If it covers several pages, it is traditional that the testator initials at the bottom of each page and signs at the end.

Beyond these few rules, the formalism is reduced to the minimum.

The presence of witnesses, or the assistance of a Notaire, is not required. Having said that I recommend that the testator seeks the assistance of a professional conversant in cross-border estates to ensure that his/her Will is drafted in accordance with French law and doesn’t contain any inconsistencies or inadvertent revocation of other testamentary provisions.

A French handwritten Will does not necessarily have to be written in French. Writing in a foreign language is perfectly admissible so long as it can be justified that this is a language that the testator understood when s/he wrote his/her Will.

One issue often raised with French handwritten Wills is that of their storage and evidence. The loss of testaments olographes is frequent and the admission of copies of Wills by the French Courts is only exceptional.

Alternatively, the testator may want to lodge the original French Will with a French Notaire who, in return for a small fee, will keep the original in his vaults and have it registered at the Central Registry of French Wills (Fichier Central des Dernières Volontés). This register lists all French Wills deposited with French Notaires and provides the details of the testator, date of registration of the Will and the Notarial office with whom the original Will is kept. It is, to an extent, similar to the registration of an English Will with Certainty or the Probate Service in England.

This registration anticipates the formalities required after the testator’s death, since Notaires are required, as one of their first French estate administration formalities, to enquire with the Central French Will Registry whether the deceased had left a French Will.

These authenticated Wills are recorded and drafted with all the solemnity of a public deed. They are also called testaments par acte public. To be validly executed, they suppose the intervention of two Notaires or one Notaire and two independent lay witnesses.

The Notaire cannot pre-draft the Will. The testator must dictate his Will to the Notaire in French. If the testator does not speak French an accredited translator must be present to allow transcription of the testator’s wishes into French.

In consideration of this heavy formalism and associated costs, French authenticated Wills are not widely used, although undoubtedly less prone to dispute after death.

An authenticated Will is also the only type of Will that can be used if the testator cannot write himself/herself, or s/he wants to recognise a biological child or deny some rights of the surviving spouse over the family home.

If you have clients with French assets, they ought to consider the merits of drafting of a French Will to cover the devolution of their French estate.

The drafting rules of French handwritten Wills are fairly straightforward but still present some risks in their execution, which can be easily avoided with the assistance of a French law specialist, and preferably a professional with cross-border estates experience.

The drafting of a separate French Will is also the opportunity for the testator to make a valid declaration of law applicable under the EU regulation 650/2012, professio juris that shall be binding on the Notaire in charge of the estate. This point alone merits an article or more of its own. 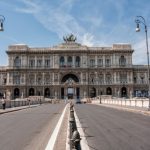 Cross-borders successions and forced heirs rights from an Italian perspectiveWills
This website uses cookies for functionality and to help us to improve the experience of the website. By continuing to use this website, you accept their use or you can also change your personal settings.