Court of Protection determines whether ‘P’ has the capacity to marry and to make decisions about residence, contact and care

Some of the Court of Protection cases are sad and long on facts. This is one of them: AB v HT [2018] EWCOP 2. It involved M, a 37 year old Somali woman, who lacked capacity at the time of the hearing. A dispute arose over her capacity to marry and other issues about her past, present and future which necessitated a lengthy fact finding hearing.

M had an eventful life, leaving Somalia aged 7 and living in various countries ending up in Australia where she married an Ethiopian man who was abusive to her. She moved to be with her father, AB, in the UK since when she had psychiatric problems which worsened after a serious attack and rape which resulted in a head injury.

Her father was appointed as her Deputy for Property & Affairs in August 2009, shortly before this she undertook a Muslim marriage ceremony with MS.

AB visited his wife in Switzerland leaving M with MS. Her aunt, HT, visited her and was very concerned about her poor state of health and found the house in an unsatisfactory condition. She also witnessed MS speaking aggressively to M. HT took M back with her to London and reported her concerns to the police and alleged the marriage to MS was a forced one.

Nearly a year later AB complained to the police that HT had kidnapped M for financial gain. In November 2014 a social worker determined that M did not have capacity to decide where she lived.

AB subsequently applied to the CoP asking it to decide whether M could decide where she lived and seeking an order to require M to live with him and for him to be appointed as her Personal Welfare Deputy.

Interim orders were made pending a final decision.

The Court has to make decisions on the facts in a similar way to care proceedings alleging child abuse. The burden of proof lies on the party making the allegations and the standard is ‘on balance of probabilities’. On the basis of evidence presented there was no doubt that M currently lacked capacity and therefore the court had to make decisions in her best interests.

There was little contemporaneous evidence about M’s capacity at the time of her marriage to MS. The Court did not find the evidence of AB, MS or HT credible.

The Court found that AB had committed serious financial misconduct and that MS had married M to cement his residency in the UK but did not find that marriage to be ‘forced’. The marriage between M and MS was not a marriage under English law as the ceremony did not comply with Marriages Acts 1947 – 1986.

The Judge also found that HT had acted in M’s best interests when she removed her to London and had not taken M for financial gain.

Further assessments of M’s health were required but AB could have limited access to M provided he did not upset her but MS was not to have contact.

A recent case in the Court of Appeal in relation to potential negligence on the part of lawyers settling a personal injury case provides a useful reminder of the importance of assessing someone’s capacity to litigate –  Dunhill v W Brook & Co [2018] EWCA 505.

In this case the Court of Appeal had to decide whether it should dismiss a professional negligence claim for damages against JD’s solicitors and her barrister who had settled her personal injury claim at the court steps.

The personal injury claim was brought because of serious head injuries and soft tissue injuries to her legs sustained by JD in a road traffic accident. The claim was brought in the County Court which had a limit of £50,000 and was settled on Counsel’s advice in the absence of the key witness – JD’s son – for £12,500 with costs. The solicitors had not shared with Counsel a medical report received the day before which indicated her recovery was far more serious than thought.

JD expressed dissatisfaction with the way her case had been resolved & instructed other advisers  which resulted in an award of much more than £50,000. She therefore brought professional negligence claims. A part of this was the issue of whether JD had capacity to assess whether the settlement reached had her approval – Masterman & Lister v Brutton & Co [2002] EWCA 1889 & [2003] 1 WLR 1511.

Sir Brian Leveson ruled that Counsel had not been negligent because he lacked knowledge of the late medical report and there was no prospect of success with the case in the absence of the key witness.

However, he observed that those acting in the field of personal injury should always be alert to potential difficulties about capacity when serious head injuries have been sustained. 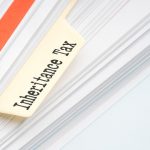 Book review of The Digital Estate (2018) by Leigh SagerComment
This website uses cookies for functionality and to help us to improve the experience of the website. By continuing to use this website, you accept their use or you can also change your personal settings.