Cross-borders successions and forced heirs rights from an Italian perspective 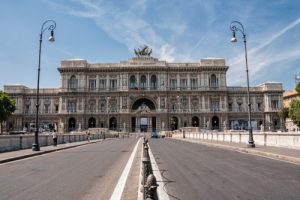 In this article I will address the problems regarding cross borders successions and forced heirs rights from an Italian perspective after the Succession Regulation no. 650/12.

The Italian rules to determine the law applicable to successions were provided by article 46 of Law no. 218 of 1995.

Rights of Italian forced heirs were protected by the same article 46, which contains the following provision: “If the deceased is an Italian national, the choice of law does not compromise the forced heirs’ rights if the heirs are resident in Italy at the time of death of that person.”

The situation has changed after 17 of August 2015 when the Succession Regulation entered in force.

Article 22 of the Regulation does not provide limits to the right of a person to make the choice of law, also if he or she has multiple nationalities.

In this case, also if the choice of law is made with the intention to deprive heirs of their right, the choice cannot be challenged.

Also, the evasion of law may be possible in the field of citizenship, as many European and non European countries facilitate the acquisition of citizenship (for example Hungary, Bulgaria, Belgium, Greece, Malta, Spain).

Under article 23, para. 2, letter h) of the Succession Regulation the succession law governs all questions regarding reserved shares or other limitations to testamentary freedom.

A problem can arise if in the State in which the foreign succession law shall apply the forced heirship provisions are considered part of public policy.The protection of forced heirs has been one of the reasons the United Kingdom and Ireland opted out of the Succession Regulation.

Article 23, para. 2, letter h) of the Succession Regulation encompasses also other limitations that family members or, in general, persons close to the testator, can have on the inheritance.

Under article 35 of the Succession Regulation the application of a provision of the law of any State specified by the Regulation may be refused only if such application is manifestly incompatible with the public policy (ordre public) of the forum.

The use of the public policy clause to disapply the foreign law of succession should be assessed considering the specific case, because the same rule of law can be contrary to public policy depending on the circumstances.

In Italy, the definition of international public policy has been all sewn up in judgment no. 19599 of 30 September 2016 of the Italian Supreme Court, which held that

“The concept of public policy, for the purpose of private international law has to be assessed as international public policy and, therefore, in terms of compliance with the complex set of principles that characterize internal system in a given historical period and based on the needs of the protection of fundamental human rights, common to the various systems and, therefore, on the basis of shared values in the supranational legal community, under European Court of Human Rights (ECHR) and European Court of Justice (ECJ) case-law.”

Problems may arise if the succession is governed by different laws as to immovables and movables, which is possible also under the Succession Regulation when renvoi applies.

In these cases a connecting factor might be altered or manipulated to avoid the application of the law.

I finish with a reference to the transitional provision in article 84 of the Succession Regulation. Under article 84, if the deceased had chosen the law applicable to his succession prior to 17 August 2015, that choice shall be valid if it meets the conditions laid down in Chapter III or if it is valid in the application of the rules of private international law which were in force, at the time the choice was made, in the State in which the deceased had his habitual residence or in any of the States whose nationality he possessed.

From an Italian perspective two options are possible:

As the forced heirs provision of Italian succession law are not part of the international public order (as held by the Supreme Court) it could be argued that article 46, para. 2, [third sentence of Law no. 218/1995, pursuant to which the rights of forced heirs resident in Italy shall still remain protected notwithstanding the succession law chosen by the deceased], is no longer applicable. 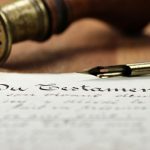 The drafting of French WillsWills

Validity of WillsWills
This website uses cookies for functionality and to help us to improve the experience of the website. By continuing to use this website, you accept their use or you can also change your personal settings.