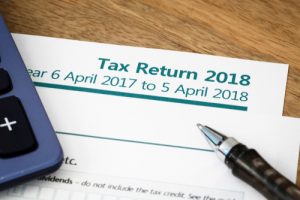 For those administering estates over the last 20, or so, years, it no longer comes as a surprise to be contacted by, say, the registrars for Lloyds Group or the Royal Bank of Scotland, and to be informed that the deceased was a defaulting shareholder on an acquisition and  is entitled to shares in that company.  There are many other assets which the deceased may have lost sight of, for whatever reason, or just not realised they had an entitlement.

A current example is claims under the payment protection insurance (PPI) scheme, although longer standing issues might be an interest in a trust fund or in an estate of a “long lost” relative.

Some personal representatives may look at the costs associated with claiming such assets and the potential inheritance tax (IHT) charge, especially the interest element, and decide that there is no benefit in pursuing the value of the “new” asset.

However, is IHT really an issue?

Tucked away in the Inheritance Tax Act 1984 (IHTA 1984), at ss.240 and 240A, may be the saviour as, provided the relevant circumstances exist, the new-found assets may not attract an IHT liability.

What Are The Relevant Circumstances?

1) If you had no knowledge of the “new” asset, could not reasonably have identified it before you actually became aware of it, and have previously submitted an IHT account, no additional IHT is payable if the knowledge is acquired more than 4 years after the later of:

a. the date upon which the last payment of IHT was made, and

b. the date upon which the IHT, or the last instalment, became due,

as, after such time period, HMRC is barred from bringing proceedings to recover any IHT (or interest thereon) in relation to that asset.

2)  Where you have submitted an IHT account and you, or a person acting on your behalf, “carelessly” fails to disclose any asset, or to correct the value of any disclosed asset, HMRC is unable to raise an assessment for IHT (or interest thereon) if more than 6 years has elapsed from the later of the dates identified at 1(a) and (b), above.

3)  Where you have submitted an IHT account, and you, or a person acting on your behalf, have deliberately failed to disclose an asset, or deliberately incorrectly disclosed an asset, the limitation period for HMRC to raise an assessment is 20 years from the later of the dates identified at 1.(a) and (b), above.

4)  Where you have entered into an arrangement that was expected to create a tax advantage, and that arrangement carried an obligation to report it to HMRC and provide the promoter reference number (s.253 Finance Act 2014), but which was not complied with, HMRC may assess and issue proceeding for recovery of any tax otherwise due (and interest thereon) at any time up to 20 years after the dates identified at 1.(a) and (b), above.

5)  Where no IHT account has been lodged in respect of a chargeable transfer, whether occurring during the donor’s lifetime or upon their death, provided that the failure to disclose was not a deliberate act, no recovery action can be commenced by HMRC after 20 years from the date upon which the chargeable transfer was made. At the end of that period “any liability for the tax and any Inland Revenue charge for that tax is extinguished”.

What does “carelessly” mean?

“Carelessly” is not defined within the legislation, although s.240A IHTA 1984 defines certain situations where a tax loss to HMRC is brought about “carelessly”.  These are:

A) where a person “fails to take reasonable care to avoid bringing about that loss”, and

B)  where information is provided to HMRC, the person providing that information later discovers that it was inaccurate, but “fails to take reasonable steps” to inform HMRC of the correct information.

“Carelessly” must mean something less than “deliberate”.  A lack of knowledge of the IHT rules, clerical error and negligence would all appear generally to be captured within “carelessly”, although in some instances there may be a fine line between “careless” and “deliberate”.

What does “deliberately” mean?

“Deliberate” is not defined either, although s.240A(4) specifies that it includes situations where a tax loss is “brought about as a result of a deliberate inaccuracy in documents given to HMRC”.

“Deliberate” implies an intention so, for the 20 year limitation period at 3, above, to apply, there would need to be a decision either to omit information, or to provide inaccurate information.  If a person decides not to acquaint themselves with the relevant knowledge, the outcome of which is that they do not provide an accurate accounting for IHT, might this come within “deliberate” albeit that it indirectly creates a potential under-declaration.  In some instances it could result in the overpayment of IHT, in which case the person making the account could be at risk of a negligence claim from the beneficiaries.

The discovery of a new asset several years after an estate has been fully administered does not necessarily mean a bonus for HMRC.  This is especially so, if its existence could not necessarily have been discovered as a result of reasonable enquiries based on the state of knowledge, etc., at the date enquiries were carried out, or such later date as the person responsible for IHT should reasonably have become aware of the asset.

It is worth making a detailed note of how knowledge of any new asset was obtained, and whether a review of the circumstances at death was undertaken to identify why it was not identified at that time.  This should help deal with enquiries from HMRC, particularly if it suggests there has been carelessness or deliberate concealment.

Should HMRC cite a failure to comply with any reporting requirement under GAAR (see 4, above), there could be a claim for negligence against the adviser if they failed to identify this requirement.

If a new asset is discovered, or you realise that the values previously disclosed are inaccurate, consideration should be given to:

N.B.    A failure to notify HMRC promptly after discovery might encourage HMRC to investigate if there has been carelessness or concealment.

1. Whilst the above deals with situations where there has been an underpayment of IHT, there is a trap for the unwary where an overpayment arises.

s.241 IHTA 1984 provides that where repayment of IHT (and interest thereon) is due, it will be repaid if the claim is made on or before expiry of a 4 year period from the date on which the payment, or last payment, of IHT was made.

It does not matter that the “last payment” was made ahead of schedule (say, if the instalment option applied), the claim must be received by HMRC before the 4th anniversary of when HMRC received the last payment.

Where the circumstances are known, but it is not possible to identify the amount by which an estate might be reduced within the 4 year window, HMRC has generally accepted notification of the claim within the 4 year window, subject to details being provided at a later date.  However, it is important to secure written agreement from HMRC that it accepts the claim subject to provision of the relevant values.

2. Whilst the IHTA 1984 provides a 20 year limitation period against HMRC in 5, above, this applies only where “the case does not involve a loss of tax brought about deliberately by a person liable for the tax” – no period is specified in relation to situations in which the loss was brought about “deliberately”.

Accordingly, it would appear HMRC can raise assessments in any situation where it “believes” the failure to submit an IHT account was “deliberate”.  The more time that elapses between the date of the chargeable transfer and HMRC raising an enquiry, the less likelihood there is of the tax payer, or their advisers, having any documents to shed light on whether the omission was merely “careless” or was “deliberate”.  Whilst the burden should be on HMRC to prove its case, if the tax payer and/or their adviser has a poor compliance history, this could count against them.

This webinar will enable the probate practitioner to administer estates in a timely and effective fashion by exploring recent developments in law, tax and practice which affect the work of participants.

Webinar available as a recording

To order or find out more

Backdated tax assessments can be issuedTax 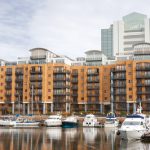 Yet more changes to the UK’s non-resident CGTTax
This website uses cookies for functionality and to help us to improve the experience of the website. By continuing to use this website, you accept their use or you can also change your personal settings.