Yet more changes to the UK’s non-resident CGT 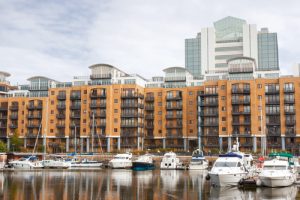 There are further changes to come, which are intended to be operative from 2019. It was announced in the last budget that CGT is to be extended to all UK property (both residential and commercial) when owned by a non-resident. This is to apply from 1st April 2019.

It is likely that, for the purposes of assessing the 25% threshold, connected persons will be taken into account.  So an offshore company owned by family members is likely to be caught by the new rules.

This means the new rules are intended to charge CGT not only when an offshore company itself sells its UK property investment (whether that is commercial or residential) but also when the shareholders sell or dispose of the shares in that offshore company.

As with the previous non-resident CGT rules, there is to be a rebasing of value for CGT purposes, as at 1st April 2019 for commercial property, so only any gain over that value will be taxable. Residential property was revalued as at 1 April 2015 when the Non-Resident CGT first came into force, however, in practice many non-residents have found they’ve made a loss or at least not made a gain over the 1 April 2015 value.

The 2019 rebasing may apply to the disposals of property-owning structures, given these were not caught previously by the Non-Resident CGT.

This extension to Non-Resident CGT follows shortly after the new rules that make offshore structures transparent for inheritance tax (‘IHT’) where they own UK residential property.

These rules effectively mean you ignore the existence of any offshore company that owns UK residential property, and look to the ultimate owner of the company.  If that owner is an individual, IHT is charged on the value of their UK residential property as if they owned it direct.  This will mean an exposure to UK IHT on death plus any gifts of the property owning company shares will be within the scope of IHT.  So gifts of those shares to individuals will be potentially exempt transfers (subject to the 7 year rule) whereas gifts to trusts or similar will be chargeable transfers.

Alternatively, if the offshore company (which owns the UK residential property) is held in a trust, then this will bring the trust within the relevant property regime. As a result, the trustees will have to pay the ten-year charges and exit charges.

Another change is to introduce a charge to corporation tax for offshore companies liable to UK tax. This is likely to be introduced in this year’s Finance Act although this may not apply until 2020 when corporation tax is intended to reduce to 17%.

This change means offshore companies will pay corporation tax, rather than income tax, on UK source rental income. Whilst this sounds advantageous in terms of the rate of tax, there may be other less welcome changes, such as to interest deductions.

Points to watch for

Particular care will be needed where non-residents transfer shares in a UK property-owning company by way of a gift, or settle those shares into a trust, as many clients are unaware such transactions are ‘disposals’ for CGT purposes.  And with the new IHT transparency rules, such gifts will be within the scope of IHT too if the offshore company owns UK residential property.

Also the time limit for filing a non-resident CGT return is extremely strict, at just 30 days from the date of the disposal. This compares with the position for UK residents, who only have to inform HMRC of any liability to CGT in their annual return. It is perhaps surprising that no one has raised the question of whether this discriminates against non-residents, including those who are resident in other parts of the EU.

The final point is to ask how HMRC will be aware that the ownership of an offshore property-owning company has changed.  After all, there will be no change to the title on the Land Register, so how will HMRC know that the beneficial ownership of, say, a BVI company has been changed. Perhaps HMRC are hoping that these ownership details will be disclosed via CRS or other exchange of information provisions, but there must still be a serious doubt as to how this part of the new rules will be enforced.

Are you able to find your way through:

If not or you’d like reassurance you’re on the right lines why not listen to Gill Steel’s webinar “Non domiciles – where are we now?”

To book your recording or for more detail visit LiPS Legal 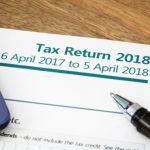 Disconnecting your UK life for tax purposesTax
This website uses cookies for functionality and to help us to improve the experience of the website. By continuing to use this website, you accept their use or you can also change your personal settings.