Executors must take a neutral stance when faced with an IPFD claim. A good illustration of how not to behave is the case of Keays v Exors of Parkinson [2018] 1006. This was a claim made under IPFD on behalf of Flora Elisabeth Keays, the disabled daughter of Sarah Keays and Lord Cecil Parkinson, deceased. As part of the proceedings the executors of Lord Parkinson sought to have Ms Keays removed as Flora’s litigation friend.

Flora was 34 years of age and severely disabled. Ms Keays had been her carer since birth – she was now 70. During Ld Parkinson’s lifetime he had paid £5,000 per quarter towards her upkeep as per a court order and he had voluntarily continued to pay this sum beyond Flora reaching her age of majority. His Will made no provision for Flora but a life assurance policy had been put into trust for her and other beneficiaries. Only one payment of £5k had been paid by the trustees since his death.

Without the regular payments, Ms Keays had been unable to keep up mortgage repayments on her home & had been forced to bring proceedings under the IPFD 1975 to secure her daughter’s position even though it was out of time. Farrer & Co LLP acted for Ld Parkinson’s executors and trustees but not the beneficiaries of his estate – after they had made one payment of £5,000 they told Ms K that the payments would be stopped.

Ms Keays faced repossession proceedings and only managed to prevent this by using a fee she received for giving an interview to a national newspaper. The Exors wanted to remove Ms Keays as litigation friend as they argued that she could not fairly  & competently conduct proceedings & challenged her choice of replacement – an experienced solicitor – the costs of which would have to be borne by the estate.

The Judge reviewed CPR 21.4(3) and 21.7. He had full discretion as to whether to remove a litigation friend but he was not referred to any authorities by counsel directly on the court’s power. An argument was raised on whether Ms K had an adverse interest to that of the protected person

At a previous hearing the question of whether the Official Solicitor would act as litigation friend was considered. Agreement was reached on the payment of costs of any alternative lawyer being appointed instead, out of the estate.

The judge decided that Ms K had no adverse interest to that of the claimant. The court was not satisfied that Ms K was not a suitable litigation friend. Most of the reasons for any delay was because of an embarrassing lack of funds to find legal advice and the fact that the service from counsel she found had no administrative support.

The judge did not agree that the Exors were entitled to nominate a solicitor to be appointed as litigation friend – Ms K should be able to choose the solicitor she preferred. He criticised the Exors for not taking a neutral stance in the case. The Exors had actively defended the case – the beneficiaries should have been added to the proceedings and separately represented. 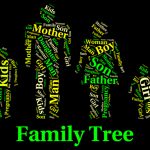 Changing family dynamics and the importance of family tree verificationProbate 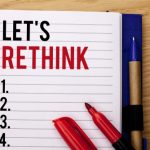 Removing ExecutorsProbate
This website uses cookies for functionality and to help us to improve the experience of the website. By continuing to use this website, you accept their use or you can also change your personal settings.