The case of Nutt v Nutt [2018] EWHC 851 considered again the question of whether a particular Will was valid. Two of Mrs Nutt’s three children sought to establish their mother’s 2005 Will, under which her children shared the residue equally, after she died in February 2013. The claim was defended by the deceased’s third child on the basis that the 2005 Will was revoked by a later Will dated 7 April 2010. He alone inherited the residue under the terms of this later Will. The court was asked to determine if the 2010 Will was valid:

The Wills Act 1837, s.9 sets out the rules for due execution – It was for Colin, defending the claim, to prove that the requirements of s.9 Wills Act 1837 were satisfied. He relied upon the evidence of the two attesting witnesses to the 2010 Will. Judge accepted their evidence. He also noted that, ‘most importantly’, Mrs Nutt had told others that she had made a Will leaving her house to Colin. He held the Will was duly executed.

The applicable test for testamentary capacity was that set out in Banks v Goodfellow [1869-70] LR QB 5494 – The burden of proof was on Colin. The Judge relied upon the contemporaneous medical records (and other documents) evidencing her mental condition, and the evidence of witnesses who saw her at the time. He held that the detailed conversations Mrs Nutt had with others clearly showed that she had the understanding necessary to make a Will, and he was satisfied that she did have testamentary capacity when she executed the 2010 Will.

Legal principles re knowledge and approval were set out by Lord Neuberger in Gill v Woodall [2011] Ch 380 – the Judge had regard to all the circumstances surrounding the 2010 Will’s execution, Mrs Nutt’s character and mental condition, and statements made by her as to the Will. The main witnesses who gave evidence of Mrs Nutt expressing an intention to leave the house between her three children were the claimants. The other evidence all supported Colin’s case—Mrs Nutt had told others that she had made a Will leaving her house to Colin. On the basis of the ‘overwhelming inference to be drawn’, he held that Mrs Nutt had known and approved the contents of the 2010 Will.

The law relating to undue influence was summarised by Lewison J in Re Edwards [2007] EWHC 1119 – here the burden was on the claimants to prove the facts were inconsistent with any explanation other than that the execution of the 2010 Will was procured by Colin’s undue influence of Mrs Nutt. The Judge said that “Regrettably, in seeking to make out this ground, the claimants made a comprehensive attack on Colin’s character…”. The examples of Colin’s behaviour they gave clearly fell short of what was required. He said “… it is not my task to decide whether the 2010 Will was justified or fair; I am only required to decide if it is valid.”

What can the practitioner take away from this case?

It provides a useful summary of the current case law on validity of a Will and examines the nature of the evidence required for each in order to establish the claim.

LawSkills issues a monthly newsletter,
focusing on the practical application of developments in law and practice specifically for Private Client. In addition we provide news on where you can attend
a Gill Steel event in 2018 and beyond

Not signed up yet?

Register for our newsletter 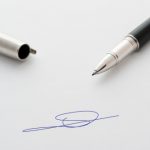 Attestation – validity of a WillWills

Home-made Wills – Payne v Payne [2018] EWCA 985Wills
This website uses cookies for functionality and to help us to improve the experience of the website. By continuing to use this website, you accept their use or you can also change your personal settings.