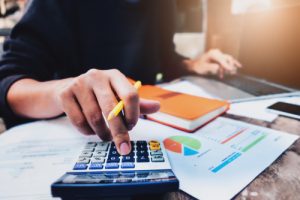 The key feature about valuing a trust interest, whether it be a life interest or a reversion, is the uncertainty.

If say you and your identical twin each bought identical annuities, would you swap them?

Theoretically if you were both in the same state of reasonably good health and the terms were identical, the two annuities would be of equal value, so why not?

The “why not” is simple. Even if you were identical twins and both currently equally healthy, one or other of you would die first. If you swapped annuities the survivor would lose his or her income on the death of the first to die, and the estate of the deceased sibling would have to deal with distributing the future payments from the annuity on the life of the survivor. In short you wouldn’t do it because all it would cause is future difficulties for everyone involved.

An annuity on the life of the annuitant is uniquely valuable to the annuitant. Payments continue for as long as they are going to need income and they cease immediately they cease to need the income. Indeed for them it takes away the risk that their money will run out before they do. It is in effect longevity insurance.

For a purchaser, future annuity payments have a value, and an actuary can estimate that value. Clearly if the purchaser pays less than the actuarial value of those future payments it increases the chance that that purchaser will make a profit on the transaction, but it would still be a gamble, because it is dependent on the mortality of a single life. If you could purchase a second-hand annuity you would want to pay a price that gave you an expected return commensurate with the risks that you were taking on.

Life interests and the extra risks

A life Interest is like an annuity. From the life tenant’s point of view it provides an income or a home for as long as they will need one. It is uniquely suited to meeting their needs.

For a third party purchaser, even ignoring the tax issues, purchasing a life interest is fraught with risk. Trustees have a duty to balance the interests of life tenants and remaindermen but where they strike that balance is largely up to them. They may on the basis of the life tenant’s greater need, adopt an investment policy which aims to maximise immediate income at the expense of future growth. Equally they might decide that maintaining the real value of the assets is their primary objective, at the expense of reducing immediate income.

Where all the beneficiaries are family members everyone can expect a reasonable degree of consideration. In a family situation everyone might be happy for the investment policy to be skewed in favour of either the life tenant or the remaindermen. What child would want their parent to be destitute and what parent does not want the best for their children?

Clearly not all trust beneficiaries are of quite such a generous turn of mind, indeed frequently they aren’t, but the purchase by a third party of a trust interest does potentially change the dynamics. That can have implications for future investment policy which could have negative implications for such a purchaser.

Purchasers take on a degree of moral risk in addition to the normal risks associated with having an investment return dependent on the mortality of a single individual.

For a third party purchaser the tax treatment of reversions is not quite so penal but the mortality and moral risks still exist and prices reflect this. Reversionary interests are therefore sometimes sold at auction but it is hardly a vibrant market.

The value of a trust interest is therefore not only dependent on the nature of the trust. It is also dependent on for whom the value is being assessed. The obvious purchaser of any trust interest is another beneficiary of the trust. If the remainderman purchases the life interest they get immediate access to capital, all be it a smaller amount of capital than they might otherwise have received, but they get immediate access and certainty.

The life tenant by giving up their life interest, might lose income but they get access to capital that they would not otherwise have access to and that may enable them to leave capital to family members who were not remaindermen under the terms of the trust.

A family trust is not a commercial entity. It is about family and in balancing the interests of life tenants and remaindermen, trustees are likely to take account of family issues and needs as well as the wishes and objectives of the person who established the trust. The value of a particular life interest will therefore not be entirely dependent on age and health issues. It will also depend on where the trustees might be expected to strike that balance between life tenant and remaindermen.

A transfer of risk

Even within that, if a life interest trust is being wound up it may be because either the life tenant or one of the remaindermen is in desperate need of immediate access to a capital sum, in which case it may be a matter of striking an apportionment that protects the interests of the other beneficiaries, or not, as the case may be. After all, a trust is also about family.

When a trust is being valued there is no absolute answer, because the value depends on for whom the valuation is being prepared, be that person a third party purchaser, the original beneficiary or one of the other beneficiaries and why it is being prepared. The uncertainty about exactly when the life in question will actually die means that in winding up a trust it is not only money that is being transferred but also financial risk.

It could for example be argued that by winding up the trust the life tenant is swapping the certainty of an income for life, for the risk that the capital they receive in return will run out before they die.  The remaindermen on the other hand are swapping an uncertain capital sum at some indeterminate time in the future for an immediate cash sum. On the other hand for the life tenant, a capital sum is a lot more flexible than a future income.

Winding up a trust involves a transfer of risk and so the softer issues about the particular circumstances and who wants the apportionment and why, do have an impact on what constitutes a fair apportionment.

The past is gone. Look to the future!

In that context it is worth pointing out that an actuarial valuation is putting a value on future cash flows and so the level of income the life tenant will receive is a key metric. Any trust is set up in a particular set of circumstances. Today the assets could consist of an art collection and so there could be little or no income arising but tomorrow, the collection could be sold and the money reinvested in a portfolio of high yield bonds. The long term investment policy that the trustees intend to follow will be much more important than the current investment policy of the trustees, particularly if that is a consequence of circumstance rather than policy.

Valuing a trust interest is about valuing future cash flows, allowing for probabilities but also it is about allocating risk because unlikely outcomes are still possible outcomes.

Creating a trust – the dangers of not seeking legal adviceTrusts 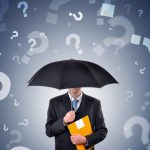 Retiring TrusteesTrusts
This website uses cookies for functionality and to help us to improve the experience of the website. By continuing to use this website, you accept their use or you can also change your personal settings.