What your clients need to know 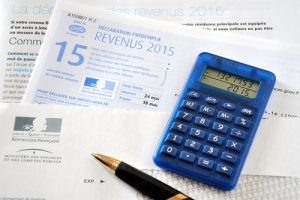 France is one of the last few European countries which has not yet adopted a PAYE system for tax collection.

Currently, there is a time-lag between the date when income is received and the date when the corresponding income tax is paid. Hence, in 2018, French taxpayers pay the tax on income received in 2017. The payments on account made on 15th February and 15th May 2018 are calculated on the amount of tax paid in 2017, which corresponds to the 2016 income. The balance of tax payable on 2017 income is regularised in August 2018, once the French tax returns for 2017 have been processed and the related French income tax statement issued.

With the application of “Prélèvement à la Source (PAS)” from 1st January 2019, this time-lag will disappear. The purpose of the reform is to ensure that French income tax and social contributions are levied on income as and when it is earned, under a system very similar to our Pay-As-You-Earn. The tax is paid monthly, unless the taxpayer has been able to opt for quarterly PAYE instead.

The scope of application of the PAYE system is wide as it reaches all sources of income: Wages, pensions, rental income from French properties, income from a business or self-employment (e.g. furnished holiday let), foreign income taxable in France (e.g. UK private pensions or UK interest received by a French tax resident).

The sources of income that remain outside the PAYE system are those which are already taxed by way of withholding tax (e.g. French investments income, such as interest or dividends), or exceptional income (e.g. redundancy packages) or gains already taxed at source (e.g. gains on the sale of a French property taxed at the time of the sale).

The way the PAYE system applies will however differ depending on the type of income:

The tax will be 1/12th of the last known tax liability, i.e. the tax liability of the previous tax year. However, the taxpayer will be able to ask the tax office for a revision of the PAYE tax rate during the year, if there is a change in their family circumstances or a significant variation of income received. For instance, if the taxpayer gets married in the year, they will be able to ask for a revision of the tax rate applicable on their income from the date of marriage to benefit from a higher quotient familial and a lower tax liability. Likewise, if the taxpayer starts a new business or stops receiving some sources of income, the monthly PAYE rate can be adapted to reflect the increase or decrease of income. The modulation of the tax paid during the tax year must however be done within limits and any unjustified or excessive reduction of tax paid under PAYE will generate penalties.

The taxpayers’ reporting obligations will not change. There will still be a French income tax return to be submitted in May of each year to report the income of the previous tax year.

Once the tax returns have been processed, the tax office will still issue a French income tax statement in August and if a balance of French income tax is due, the adjustment will take place in the last quarter of the year by way of change of the amount of monthly PAYE payments due.

Let’s imagine Mr Smith, a UK tax resident who owns a French property let out as furnished holiday accommodation. He is also in receipt of a French pension relating to past employment in France.

Mr Smith’s French pension is currently exempt from French income tax under the double tax treaty France/UK and paid gross every month. Under the new tax collection system, the pension will remain exempt and there will not be any French income tax levied at source.

The furnished letting income, however, will be taxed under PAYE.  Mr Smith will be subject to a levy of French income tax and social contributions every month from his designated bank account. The amount paid each month in 2019, will be 1/12th of the last known tax liability, hence 1/12th of the tax liability paid in 2018.

In May 2020, Mr Smith will submit his French tax return to report his net taxable rental income for 2019. In August 2020, after his tax return has been processed, any additional tax liability due after deduction of his PAYE payments, will be adjusted by way of increase of his monthly tax instalments for the last quarter of 2020. Any refund of tax will be made to his designated bank account. His PAYE monthly payments will then be readjusted, with effect from 1st January 2021, based on the 2020 tax rate.

The good news for Mr Smith is that he will not pay any French income tax on his 2018 rental income. The French tax authorities will grant him a tax credit to cancel the amount of French income tax due on his income received in 2018. This saves him a whole year of income tax.

Without granting a tax credit, French taxpayers would have to pay, in 2019, both the French tax liability corresponding to 2019 income, under PAYE, and the income tax liability due on 2018 income, with potential cashflow impact to many.

To conclude, French taxpayers will have to familiarise themselves with the new French income tax collection system which is to start on 1st January 2019.

For those who are currently filing their French income tax return for 2017, they will be required to provide additional information, notably the details of the bank account from which PAYE is to apply and a standing order for the French tax office.  This information is fundamental as any missed PAYE payment will generate an automatic 10% late payment penalty. There is no more scope for spontaneous payment of tax.

A review of the PAYE tax rate within the tax year may be required in case of significant changes of circumstances, such as a termination of a lease, start of a new activity generating additional income.

Webinars can be listened to ‘live’ or as a recording 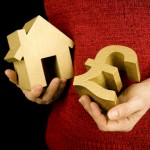 Quality not quantity – The quirks of principal private residence reliefTax

Spring time – time to spring clean trustsTax, Trusts
This website uses cookies for functionality and to help us to improve the experience of the website. By continuing to use this website, you accept their use or you can also change your personal settings.