Do They Have a Right to an Indemnity, or to retain Trust Assets?

(N.B. Unless stated otherwise, references are to the Bermudan Trustee Act 1975 the “BTA”)

When a trustee retires, they will normally look to ensure that they are suitably protected against any liability that may subsequently fall on them and in respect of which they might be entitled to a right of indemnity from the trust fund.

The issue was considered by the Trust Law Committee (consultation: “The Proper Protection by Liens, Indemnities or Otherwise of Those who Cease to be Trustees”, published in December 1999).  The consultation paper included the observations: 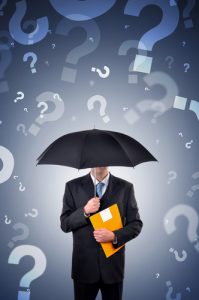 Paragraph 15 – “It is clear that (the retiring trustee) can retain sufficient assets to cover actual or contingent liabilities and also possible, potential liabilities that it can identify.”

The Trust Law Committee considered there were a number of uncertainties affecting the position of the outgoing trustee and, within the consultation paper, sought views on how these might be resolved.  Unfortunately, it has not been possible to trace a copy of any published response to that consultation.

However, a decision of the Supreme Court of Bermuda – Meritus Trust Company Limited v. Butterfield Trust (Bermuda) Limited [207] SC (Bda) 82 Civ (13 October 2017) (“Meritus”) – may have brought clarity to the issues.

Whilst, at first glance, one might wonder about the relevance of a Bermuda decision to an English trustee, or an English Law trust, the wording of the legislation under review replicates that of ss.37 and 40 of the (English) Trustee Act 1925 (TA 1925).  Counsel for the parties (both eminent QCs) took the court through the various cases relevant to the matter in dispute and there has been no appeal against the judgment:

Butterfield is neither entitled to retain any part of the trust assets as security for its equitable indemnity as former Trustee of the E and M Trusts nor to an equitable contractual indemnity.

The decision, whilst unambiguous, is not binding upon an English court, but may well be “persuasive”.

The Court considered argument based on cases decided in various Common Law jurisdictions, including leading English cases, and took the view that the provisions of ss.27 and 30 BTA – ss. 37 and 40 TA 1925, respectively – and subject to the exceptions specified in s.30, operate automatically to vest trust property in the new trustees (together with any continuing trustees). In addition to the more widely recognised exception (relating to the transfer of stocks and shares), s.27(4)(b) specifically excludes the vesting of leasehold property in the new trustees only if any licence, or consent, or other condition that is required to be fulfilled before assignment has not been done, or obtained, before the new trustee is appointed – which merely reinforces the automatic vesting on appointment.

Further, upon the appointment of a new trustee, they immediately assume the rights and duties of a trustee, leaving the former trustee only with the right of indemnity under the trustee’s equitable lien.  Accordingly, even should the former trustee be permitted to retain trust property, they have no right of disposal of it other than via an application to court.  The same situation would apply to a trustee retiring without being replaced, as their powers and duties as a trustee would fall away on their retirement.

Although a strong argument was put forward that former trustees had a right against the new trustee to retain assets, based upon the decision of Wilberforce J in Re Pauling’s Settlement Will Trusts (No.2) [1963] 1 All E.R. 857 (Re Pauling’s) the Court supported a previous analysis that in Re Pauling’s Wilberforce was merely exercising judicial discretion, and was not deciding that a former trustee had an equitable right against the new trustee to retain funds as security for its indemnity rights.

Turning to the question of a former trustee requiring the new trustee to enter into a contractual indemnity, the Court noted that neither the trust instruments in question, nor the relevant statutes, conferred any such entitlement.  In the absence of any express requirement to do so within a trust instrument, the Court held that a new trustee has no obligation to grant an indemnity to a former trustee, and that there was no jurisdictional basis upon which a court could make an order directing the parties in the case to enter into such an arrangement.

However, the court did not dismiss the possibility of a new trustee voluntarily agreeing to grant such an indemnity (nor consider the position should a trustee retire with no replacement trustee being appointed).  If the new and/or continuing trustees were to consider granting a contractual indemnity to a former trustee, they would need to be aware of the issues that can arise from such action, including the potential fettering of the exercise of any discretion for the benefit of the trust and/or of the beneficiaries.

Trusts of Land and Appointment of Trustees Act 1996

Notwithstanding the unambiguous nature of the decision in Meritus, English Law provides an anomaly – where a trustee is removed by the beneficiaries under the provisions of s.19 Trusts of Land and Appointment of Trustees Act 1996 (TLATA).  s.19(1) provides that, in certain circumstances, the beneficiaries of a trust can direct the retirement and replacement of trustees.  Sub-section 4 then provides that a trustee retiring by such a direction, together with the continuing (and any new) trustees “shall (subject to any arrangements for the protection of his rights) do anything necessary to vest the trust property in the continuing trustees (or the new and continuing trustees).”

The direction by the beneficiaries does not remove the trustee, it merely initiates the process by which they are removed (and replaced?).  However, the wording of s.19 TLATA does appear to give a trustee retiring under such a direction the potential to claim a right to retain assets, or be granted a contractual indemnity, notwithstanding that ss.37 and 40 TA 1925 will apply to the appointment of any new trustee.  Perhaps this harks back to the pre-TLATA situation – where the beneficiaries could not remove a trustee, their only remedy being to terminate a trust, which would have destroyed any former trustee’s lien.

The decision in Meritus brings into question the generally accepted position – that a retiring trustee is entitled to supplement their equitable lien with a contractual indemnity upon their ceasing to be a trustee; and they may retain assets, effectively as security against known, or contingent, liabilities.

Where a trustee is replaced, other than under s.19 TLATA, the application of the Meritus decision to an English Law trust would mean the outgoing trustee has no right to any form of contractual indemnity, or to retain trust assets, unless there is specific provision within the trust instrument to that effect.  In such cases, the former trustee must rely upon their equitable lien, unless the new trustee enters into a voluntary arrangement (which could give rise to a breach of trust).

However, if a trustee retires, or is removed, without replacement, there would appear no statutory bar upon them seeking an indemnity or, as the automatic vesting provisions of s.40 TA 1925 do not apply, to retain assets to supplement the security of the equitable lien.

When drafting a trust instrument, consideration should be given to the level of protection that might be afforded to a trustee if they should cease acting as such and, if they are not to rely only upon the equitable lien, the appropriate provision included.  Whilst common practice is to put a contractual indemnity in place when there is a change of trustees, if the outgoing trustee has no right to require this, the granter may be placing themselves in a position where the terms of such indemnity conflict with the needs of the trust and/or the beneficiaries.

In Re Pauling’s, Wilberforce, J observed:

“To appoint new trustees, and at the same time to leave another person not in the position of a trustee in possession of the trust fund, would be to create a most undesirable situation.”

The observation applies equally to continuing trustees leaving trust property in the possession or control of a former trustee (whether as the sole, or just a joint owner, of the legal title thereof). 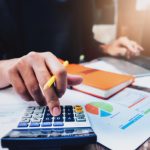 Spring time – time to spring clean trustsTax, Trusts
This website uses cookies for functionality and to help us to improve the experience of the website. By continuing to use this website, you accept their use or you can also change your personal settings.