Quality not quantity – The quirks of principal private residence relief 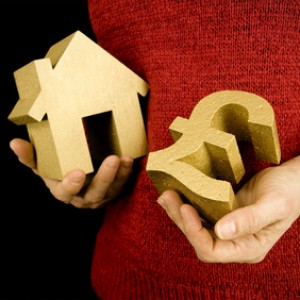 A recent tribunal case focused on the quality of occupation as a key part of the principal private residence relief (PPR) claim. Bailey v Revenue and Customs [2017] UKFTT 658 concerned an assessment for capital gains tax (CGT) on the disposal of a property known as ‘Richmond’ in Farnham, Surrey, and whether the appellant, Stephen Bailey, was entitled to PPR.

The Judge referred to the earlier tribunal case Goodwin v Curtis [1998] STC 475 which ruled that mere occupation could be occupation as a residence if there was “some assumption of permanence, continuity or some expectation of continuity”. It was the quality of the occupation and taxpayer’s intentions while occupying that were important, rather than the overall length of occupation.

The facts of Bailey

The property was originally bought by Bailey’s company, Landseers Ltd, with the assistance of a three-month bridging loan. Bailey argued that as the house was much more pleasant than his family’s current dwelling, their intentions were to move there once they had sorted out a normal mortgage to buy the house from the company, thereby repaying the bridging loan. Mr Bailey began to move some furniture to Richmond, though much of this was left in the other property ‘Tatchbrook’ which was to be a furnished let.

The financial crash in 2008 meant that the only mortgage available to Bailey at the time was a buy-to-let mortgage, thereby forbidding Bailey and his family from living in the property. To avoid defaulting on the bridging loan and a repossession of the property, Bailey accepted this and subsequently let ‘Richmond’ to a friend.

Unfortunately, the friend died in March 2010 and his widow moved out soon afterwards. At this point, Mr Bailey moved back in to ‘Richmond’ and began to decorate it in readiness for his family. However, suffering from mental illness following the loss of his friend, Mr Bailey soon realised “he was unable to cope with living in the house and decided to sell it”. The house was sold on 31 August 2010, realising a gain of £121,000. No gain was included in Mr Bailey’s 2010-11 self-assessment return.

The intention and oral evidence of Bailey

The First-tier Tribunal (FTT) found that on each occasion when Bailey moved into Richmond he intended that his residence would be on a permanent basis and that the property would be his home.

The judge acknowledged that in 2008, the property was initially owned by Landseers Limited and therefore may not have been owned by Mr Bailey during the first period of occupation. Furthermore, the judge noted there was some disparity on how Mr Bailey was able to occupy the property during the second period given the buy-to-let mortgage in place. However, this did not affect the findings of the tribunal judge. It was Bailey’s intention to move into Richmond, but he was “thwarted”.

Despite lack of evidence and poor handling by Mr Bailey’s accountant in this case the judge ruled in favour of the taxpayer which might seem surprising.

It is therefore considered significant that in this case the tribunal judge was willing to accept Mr Bailey’s oral evidence about his mental health issues even though such arguments were not supported by formal evidence.

Ironically, HMRC were unable to establish a case supporting their contention that Bailey’s omission from his tax return had been careless or deliberate. Whilst the judgement of this case was very much guided by oral evidence, it is generally accepted that full evidence must be obtained and property owners must ensure that this is achieved when changing residence. This case should not be used as a tax planning guide! However, it is useful for those tax advisers faced with weak evidence and genuine claims for PPR.

Could HMRC successfully tax income when its source could not be identified?Tax 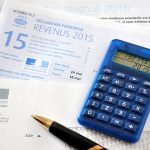 The new French income tax collection system – Prélèvement à la Source:Tax
This website uses cookies for functionality and to help us to improve the experience of the website. By continuing to use this website, you accept their use or you can also change your personal settings.