Rectification and transfer of property under a Will

The claimants were executors of an estate which had included a farm and lands. The property had been owned by a husband and wife, Mr and Mrs Lee, as joint tenants. They had been advised that for the Wills they wanted to make to be effective, they would have to sever the joint tenancy. This they did, signing the notice of severance prepared for them.

Following Mr Lee’s death, it became apparent that the notice of severance had not covered all the property it should have done, meaning some property had passed to Mrs Lee as the surviving joint tenant rather than under the terms of his Will. Originally, the claim had been to rectify a Deed of Variation entered into to try (unsuccessfully) to solve the problem. Now, the claim was widened to consider rectification of the notice of severance.

The whole property, at the time of Mr Lee’s death in October 2014, was comprised in three registered titles: the first comprised some fields, including the Village field; the second comprised the bungalow and other fields, including Church and Borehole fields; the third was created in 2008, rectifying a conveyancing mistake when the land was bought in 2002, which had led to some of it being registered to a third party. The notice of severance signed by Mr and Mrs Lee had referred only the first land registry title, and so the joint tenancy of the remaining parts of the farm remained unsevered.

In 2011 Mr and Mrs Lee revised their Wills, though making similar provisions in relation to the farm. Under each Will, Ben was entitled to the half share of the testator in the farm, excluding the bungalow and three named fields. The residue was to go to the survivor. No change was made to the position regarding severance of the joint tenancy, and no specific attention was paid to the creation of the third land registry title in 2008.

It was noted, for completeness, that there was no suggestion that the Wills were entered into pursuant to an agreement for mutual wills, which might have operated as a severance.

On Mr Lee’s death, therefore, two of the three land titles passed to Mrs Lee by survivorship. These titles included the bungalow and two of the three names fields. Ben received only the testator’s severed half share of the title relating to some fields.

At the time of Mr Lee’s death, he and his wife had been considering revising their Wills again, to reduce the land to be excluded from the gift of the half share of the farm to Ben — they would have excluded one named field instead of three. The plans fell through because of Mr Lee’s death, but the solicitors advised the use of a tax-neutral deed of variation to have the effect a codicil would have had, reducing the property excluded from the half share gift to the bungalow alone. This deed of variation was executed in May 2015, within two years of Mr Lee’s death. However, since two of the three fields had passed to Mrs Lee by survivorship, outside the Will, the deed of variation did not achieve its objective.

On discovering the problems, the solicitors initially advised rectifying the deed of variation. As the matter progressed, it reached a directions hearing in July 2017, at which Judge Matthews (now presiding over this later hearing) commented that the evidence of mistake before him was extremely thin and that, in any event, it seemed at least possible that it was the notice of severance which had caused the problems, rather than the deed of variation. Pursuant to that hearing further evidence was filed, and the judge now found the following facts:

The intention of the testator and Mrs Lee, both in 2007 and 2011, was that on death of the first of them to die, half the farm would pass to Ben, excluding the bungalow and three named fields, which were to belong to the survivor absolutely. On the death of the survivor, Ben would inherit the remainder of the farm. This meant it was necessary for the beneficial ownership of Mr and Mrs Lee to become tenants in common rather than a joint tenancy. “In other words, there was a need for a severance”. Mr and Mrs Lee had relied entirely on the solicitors to advise them how to bring the severance about. The solicitors had prepared the notice of severance, but had made two mistakes, relating to the two land registry titles which were not dealt with by severance. Mr and Mrs Lee did not notice these errors, and signed the notice believing it to be effective to allow their Wills to operate as they intended in relation to the whole of the farm and land. When the Wills were revised, a further mistake was made in assuming the joint tenancy in all the land had been severed.

Snell’s Equity, 33rd edition, at 16-013 states that, “…in general, a claim [to rectification] will only succeed if it is established, first, that there was some prior agreement between the parties…”

The judge confirmed his belief, however, that there was no doubt that a document such as a notice of severance, even if given unilaterally, under Law of Property Act 1925, may be rectified if the other necessary conditions are satisfied. He confirmed that there were recorded cases of unilateral transactions being rectified, but went on to comment that in this case the notice of severance was signed by both joint tenants, and so in any event could properly be regarded as the result of an agreement between them.

The necessary conditions for the remedy of rectification were summarised by Barling J in Giles v RNIB [2014] EWHC 1373, and were:

In this case there was convincing proof as to the wishes of the testator and Mrs Lee that they wished to make Wills leaving their severed half shares in all their jointly owned property. The notice as executed did not give effect to the agreement and intentions of Mr and Mrs Lee. There was a clear intention that Mr and Mrs Lee wished to sever the joint tenancy in the whole farm. And, finally, as there was a clear difference in result between rectifying and not rectifying the notice, there is an issue capable of being contested.

“In my judgment, the facts of this case amply satisfy the requirements for the rectification of the notice of severance so as to reflect the true intention of the parties”.

The equitable remedy of rectification should be allowed in relation to the notice of severance.

He also commented that on the death of the testator, his interest under the joint tenancy accrued to Mrs Lee by survivorship, outside the Will. Varying the Will, therefore, by deed of variation, would have been ‘nothing to the point’. If the claim depended on rectifying the deed of variation, in his opinion it would have failed.

To register your interest to find out more: email – sue.sheppard@lawskills.co.uk 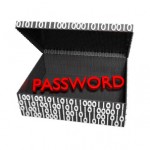 What we can learn from clients about digital assetsWills

Solicitors’ costs properly payable out of the estateProbate
This website uses cookies for functionality and to help us to improve the experience of the website. By continuing to use this website, you accept their use or you can also change your personal settings.