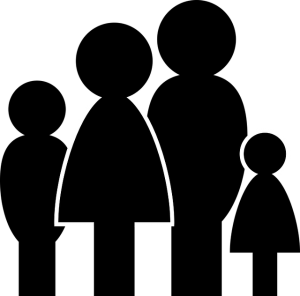 The case of Ball v Ball [2017] EWHC 1750 was heard in August of last year by HHJ Paul Matthews sitting as a Judge of the High Court.

The Three Claimants and Eight of the Nine Defendants were siblings. The Ninth was a grandchild of the deceased and the son of one of the Eight. In 1991 the Claimants had reported their father to the police for sexually abusing them. The testatrix, their mother (who was married to their father), made a will in 1992 and excluded the three Claimants – dividing her estate between the nine defendants.

The deceased never changed her will despite, it appears, attempts by one of the Defendants to persuade her to do so: he was ‘fobbed off’ with excuses.

The claimants challenged the will on the grounds of lack of testamentary capacity, want of knowledge and approval (not pursued at trial) and undue influence. Had those pleas succeeded then on intestacy they would have been entitled to a one-eleventh share each of the deceased’s estate (£13,083 each). They relied principally upon the testatrix’s alleged false belief in her husband’s innocence of the allegations of sexual abuse.

The Judge makes clear that even had the testatrix been mistaken as to her husband’s innocence then that mistake in and of itself could not deprive her of capacity. In an appropriate case a mistaken belief might be evidence of a delusion or a function of a faulty memory but it is the underlying mental frailty which robs the testator of capacity not the mistake per se. In any event, matters were rather more nuanced in this case. The testatrix appeared to have accepted her husband’s guilt to some degree while believing the extent of the allegations against him to have been exaggerated and feeling aggrieved that the family’s dirty laundry had been aired in public. The Judge accepted that the partial pleas offered and accepted were consistent with (albeit not proof of) the Father’s guilt having being less than the totality of the allegations against him. In the circumstances, it could not even be safely said that the mother was mistaken in her apparent beliefs.

As to undue influence the Judge reminded himself that undue influence cannot be presumed in the case of a will and finds as a fact that the deceased was not influenced by her husband. Rather, in her marriage she appears to have been: “the dominant personality and told her husband what to do”.

The last part of the judgment concerns claims pursuant to the Inheritance (Provision for Family and Dependants) Act 1975 by each of the Claimants seeking reasonable financial provision out of the deceased’s estate. The Judge considered the recent cases on adult child claims: Ilott v The Blue Cross [2017] UKSC 17 and Nahajec v Fowle [2017] EWMisc 11. He was able to distinguish both; not least because of the very modest size of this estate (£157,000) and large number of beneficiaries – many of whom were to some degree in straightened circumstances.

It was argued for the Claimants that per the will each of nine defendants would receive £17,444. Were the estate divided twelve ways instead each would receive £13,083. But as the Judge observes: “…ordering an even division between the claimants and all the defendants would be only one possible kind of order that the court could make. There are many others”. The Judge also observes that even if the entire estate were invested to provide an income it might be only £5,000 and that, even if split in its entirety between the Claimants “would make very little difference to the standard of living of any of (them) particularly after tax”. And that a payment of any magnitude while undoubtedly welcome would better the lot of the Claimants rather than ‘maintain’ them.

Evidence of the parties’ means had been sketchy and provided only when they were recalled for that specific purpose at trial. The first Claimant was a self-employed double-glazer earning £25,000 net per annum and his (three bedroom) house was on the market as he ‘couldn’t afford it’. He had a £130-150,000 mortgage and £5,000 savings; had no dependents. The Second Claimant had a £155,000 property subject to an £80,000 mortgage and an income of £11,500 per annum. The third lived with her partner who received a modest top up to his old age pension and their adult children, two of whom made a contribution to the household but one of whom could not. She had no income although would qualify for a pension in the foreseeable future. The Judge held that “none of the applicants is well off. Each of them is ‘getting by’ …none of them could be described as ‘below the breadline’”. In any event need alone, he said, would not be sufficient grounds for a claim to succeed.

Their mother had no moral obligation to any of them arising out of their abuse by their father. “She did not authorise or instigate or encourage such abuse”.

“To sum up. This is a small estate, where the claims of the claimants based on their need for maintenance are not significantly different from (indeed may be less than) those of the actual beneficiaries of the estate, and the size of the estate means that it could hardly make a significant difference anyway. In my judgment the deceased has done nothing to create a moral obligation towards the claimants. There are no other special circumstances that I can see.”

The decision is a useful post-Ilott authority on nil-provision for adult children. It seemingly provides support for the following propositions:

Rectification and transfer of property under a WillProbate, Wills
This website uses cookies for functionality and to help us to improve the experience of the website. By continuing to use this website, you accept their use or you can also change your personal settings.