Putin’s banker, and the dangers of settlor-interested trusts 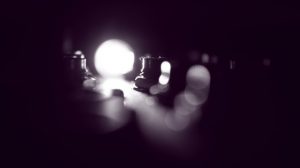 This was the latest judgment in prolonged and bitterly contested litigation between Vladimir Putin’s former banker, Sergei Pugachev, and the bank that he had once founded.

Mr Pugachev’s rise and fall from grace has been well documented. He made his billions after the fall of the Soviet Union, and was at one time intimate with Vladimir Putin and a senator of the Russian Republic. In 2008, his bank (Mezhprom) got into financial difficulties, and after a failed bail out attempt by the Russian government it entered into liquidation. As his bank crumbled, so did Mr Pugachev’s relationship with Putin’s regime, and he eventually fled Russia in 2011, just after criminal proceedings relating to the bank’s collapse were brought against him. Amongst other things, it was alleged that Mr Pugachev had misappropriated in excess of $1 billion from Mezhprom.

In 2008 Mr Pugachev entered into a relationship with Alexandra Tolstoy, with whom he has now had three children. From 2011 onwards he established a number of New Zealand discretionary trusts into which he settled large amounts of cash and expensive properties. The beneficiaries of these trusts were Mr Pugachev, Ms Tolstoy, their children and Mr Pugachev’s adult children.

Mezhprom (and its state-run liquidator who was the second claimant) brought a claim against Mr Pugachev for the monies which they said had been misappropriated by him. They claimed that this should include the assets settled on the NZ trusts, on three bases:

The defendants contended that these were indeed valid discretionary trusts, and therefore the assets were not available to the bank as Mr Pugachev did not own them beneficially.

The key terms of the trust deeds in this case focused on the role and powers given to Mr Pugachev as the Protector. In particular:

The court’s analysis focused on the nature of these powers – were they fiduciary in nature or purely personal powers? If the Protector’s powers were fiduciary, then they would be subject to duties of honesty and acting in good faith for all the beneficiaries. The key question was “for whose benefit, as a matter of construction of the trust deed, has the power been given?” [para 203].

Birss J held that the powers given to him as Protector were personal, and could be lawfully (and selfishly) exercised by Mr Pugachev to benefit him against the interests of the other beneficiaries.

The court also found that whilst Mr Pugachev’s adult son, Victor, had ostensibly settled some of the trust assets, Mr Pugachev had been the true beneficial owner of all the settled assets, and Victor was only ever acting as his nominee when settling them.

Therefore, despite the appearance of these trusts being discretionary trusts for a range of beneficiaries, they were really bare trusts held for Mr Pugachev alone.

Intention is central to finding that a trust is indeed a sham. The party alleging the sham must prove that the settlor and trustee(s) shared a common intention to create a legal arrangement which is different from the trust created by the deed.

Further to this, the actual use of the document is unimportant – what matters is the intention behind it. As Birss J put it: “To be a sham the document must be created with an intention to mislead, but the fact that the document is never deployed to mislead does not stop it being a sham” [para 152]

Birss J held that, given his findings on the true effect of the trust deeds, the trusts were not shams. However, if he was wrong about the construction of the deeds, then he would find that the trusts were indeed shams.

The basis of this finding was that whilst the trusts appeared to divest Mr Pugachev of his ownership of the assets, his intention was to retain control at all times. In the judge’s opinion, Mr Pugachev “is not a person who would lightly relinquish control of anything and he is a person quite willing to lie and put forward false statements deliberately if that would suit his purpose. The circumstances as a whole and Mr Pugachev’s character support a credible inference that one of Mr Pugachev’s purposes in transferring the property into these trusts was what is euphemistically called ‘asset protection’, in other words to hide them from possible claims, facilitate a plausible denial of ownership, while retaining control in fact.” [para 298]. “The point of the trusts was not to cede control of his assets to someone else, it was to hide his control of them” [para 424].

Victor, who also settled assets on the trusts, was found to be acting as Mr Pugachev’s nominee throughout. Mr Patterson (the NZ trust practitioner who had helped to establish the trusts) referred to Mr Pugachev as the “UBO” – ultimate beneficial owner. Of the other people involved in the trusts – “Mr Pugachev’s lieutenants” – Birss J said “I find that they do not and did not ever act independently of Mr Pugachev” [para 284].

Whilst it was harder to show that the trustees themselves shared Mr Pugachev’s intention, Birss J was satisfied that reckless indifference to Mr Pugachev’s intention could suffice: “The best that can be said is that Mr Patterson prepared and signed these deeds entirely recklessly as to the settlor’s true intentions” [para 435].

Therefore, if Birss J was wrong about the construction of the deeds, the trusts would fail on the basis that they were shams:

“if a proper approach to the construction of these deeds was to lead to a conclusion that the Protector’s powers are fiduciary…[and] under the deeds Mr Pugachev is not the beneficial owner, then those deeds are a sham. The settlor intended to use them to create a false impression as to his true intentions and the trustees went along with that intention recklessly” [para 437].

Given the court’s findings on the other two issues, this claim was dealt with in a cursory manner. Birss J found that the transfers into the trusts would also satisfy the test under s.423. The intent behind creating the trusts was to mislead Mr Pugachev’s potential and actual creditors by disguising his ownership of the assets.

Lessons to be learnt for private client practitioners

The judgment raises a number of serious questions for practitioners, especially when faced with settlor-interested trusts.

Firstly, when drafting or advising on trust deeds, be careful of what powers are given to the Protector. This is still the case even when the powers are ‘negative’ – i.e. powers of veto, rather than power to take action. There is a risk that third parties – including tax authorities – may challenge whether the assets have actually been divested, especially if the Protector is also a beneficiary and/or the settlor of the assets.

Secondly, to access the assets within a discretionary trust, third parties do not necessarily need to show that the trust is a sham (nor a common intention to deceive). Instead, they just need to prove that on a true construction, the trust instrument allows the settlor to retain the beneficial ownership of the trust assets. This has potentially far-reaching implications, including in the family law context.

Thirdly, if a trust is based in a jurisdiction where legislation permits extensive powers to be retained by the settlor that will not necessarily change the analysis, especially if an English Court is asking the question of who really owns the trust.

Finally, trustees (and their advisers) must ask appropriate questions and cannot simply ignore what is really going on. Establishing what looks like a trust is no answer to the trust being a sham if the trustees are reckless as to the reality of the situation. Adverse findings against the trustees will affect them and their business, so the settlor and/or beneficiaries are not the only persons at risk.

This webinar will address the principles behind drafting key trust documents with a view to avoiding pitfalls, illustrated by reference to recent cases.

James Poole
James Poole is a Barrister with Ten Old Square.
James Poole is a barrister at Ten Old Square, whose practice encompasses the full range of private client matters, from contentious inheritance and probate disputes to non-contentious drafting and advisory work.
If you wish to contact James Poole please do so by telephone to 00 44 (0) 20 7405 0758
or by email to clerks@tenoldsquare.com
Recommended Posts
Categories

What amounts to a common intention that ownership be shared?Trusts
This website uses cookies for functionality and to help us to improve the experience of the website. By continuing to use this website, you accept their use or you can also change your personal settings.