What amounts to a common intention that ownership be shared?

This was a case in the Property Chamber First-Tier Tribunal Land Registration Division concerning ownership of a property 219 Bexley Road, Eltham, Kent (“the Property”) which had been registered in the sole name of the Respondent, Que Ha Tran (otherwise “Tracy Tran”). This was as a result of an application for a Restriction in Form A on 10 October 2014, some 23 months after the purchase of the Property, by the Applicant, Ian Rand, on the basis he had a beneficial interest in the property under a constructive trust.

Tracy and Ian formed a relationship in about 2006/07 when they both worked at the Bank of China in London and both commuted by train from Eltham. Ian had a son from a previous relationship. Tracy was going through a divorce and had an adult daughter and a son aged 16 who both lived with her.

Ian said that in April 2012 they agreed to jointly purchase a house on a 50/50 basis in which they would live with Tracy’s children and Ian’s mother (recently widowed) and his son would be able to come and stay there. The Property needed renovating.

He said that Tracy advised him it would be cost effective or tax efficient to buy the Property in her name alone and that at a later date they would buy an investment property too which would be put into his name.

In contrast Tracy contended she wanted to buy a bigger house for herself and her children. Her daughter had recently started working as a trainee solicitor and the additional income made this feasible. She says when she discussed it with Ian he made it clear he did not want the burden of another mortgage. She says it was never intended the purchase should be joint but instead she was to be the sole owner.

The Property was bought for £260,000 with a mortgage of £195,000 and a deposit of £65,000. Ian says he paid £20,000 to Tracy towards his share of the deposit on the understanding he would make up the rest of his share by paying for work to be done to the Property. Tracy did eventually accept this sum had been paid into her account.

A joint bank account was opened before completion to manage the finances of the Property into which each party paid £1,000 per month. The mortgage and other expenses were paid out of this account. Renovation work started and went on for a year after the purchase. Ian prepared a schedule detailing payments made which came to just over £63,000. These were largely agreed by Tracy except for certain expenses totalling £7,000. The monthly payments made by Ian into the joint account came to a total of £14,000.

Tracy claimed the payment of £20,000 by Ian was not towards the deposit but was a loan by Ian for the purpose of starting the renovation work. She argued two further payments by Ian of £19,500 and £20,000 were also loans.  Also, she said the joint account was just a convenient way of managing the costs and did not indicate joint ownership.

The relationship ended in December 2013 just before Tracy and her children moved into the Property.

The legal principles concerning constructive trusts were undisputed. Beneficial ownership is presumed to follow legal title so the burden was on Ian to establish joint ownership.

The requirement is a common intention that ownership was to be shared and acted on by the parties. The intention can be found either by way of an express agreement or can be inferred from the conduct of the parties looking at their behaviour and dealings as a whole.

The two issues to be decided were:

Judge Colin Green decided he preferred to believe Ian’s account. He found there was an express agreement between the parties that they were to be joint owners.

The reasons were that Ian had made significant financial contributions towards the Property especially renovation costs. He would not have committed himself so heavily had he not had a financial involvement that went beyond a loan. He had kept a detailed record of all his payments on a spreadsheet. He was a works manager by profession.

Also, the judge felt Ian’s mother was a reliable witness even though she was related to one of the parties. She had had a good relationship with Tracy. She had given evidence about a number of discussions between the parties about buying the Property when she had been present. These included discussion that they would like her to go and live with them at the Property.

The judge said Ian considered Tracy had greater expertise in financial matters than him so accepted it when she had suggested it was more tax efficient for the Property to go into her name.

He did not accept that Ian had said he did not want the burden of a further mortgage. His financial commitment and monthly payments were inconsistent with that. Also, once they had moved in, his own house could have been sold or rented out in order to pay the new mortgage.

He dismissed Tracy’s argument that the conveyancing solicitor had just dealt with her. It might have just been for convenience. The judge took the view that the parties had divided the work up according to their fields of expertise: Tracy being responsible for legal and financial matters and Ian for refurbishment and building works including getting planning permission in his name, buildings regulation approval and a water certificate.

The judge said alternatively he could also infer an appropriate common intention from the parties’ conduct that common ownership was intended.

Judge Green thought the express agreement was for ownership in equal shares. But if this was wrong he came to the conclusion that this would still be a fair split with regard to the course of dealings between the parties.

Tracy had paid the deposit of £65,000 and stamp duty and conveyancing costs of £9,124. They had both paid £14,000 into the joint account. Ian had paid in excess of £63,000 for renovations and for some other miscellaneous items. He had also spent a great deal of time arranging for and supervising the works and the appropriate consents. So even though Tracy had paid slightly more a fair share in respect of Ian’s beneficial ownership would be 50%.

The judge saw no reason why Tracy should not pay Ian’s costs as he had been the successful party but said he would make a final determination after both sides had had an opportunity to provide details of their legal fees and make submissions in that respect. 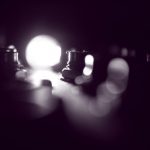 Creating a trust – the dangers of not seeking legal adviceTrusts
This website uses cookies for functionality and to help us to improve the experience of the website. By continuing to use this website, you accept their use or you can also change your personal settings.