The cost of a probate dispute – does it pay to litigate sensibly? 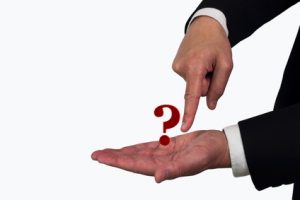 On many occasions it is obvious at an early stage that an application or claim to a court for judicial determination is necessary or impossible to avoid.   Parties in dispute may have failed to find sufficient common ground and require a court to determine a dispute or the nature of the problem is such that a judge has to be invited to exercise discretion or make a determination.  Often the court rules require an application to the court for judicial approval of a decision the parties may have reached.  Whether you are acting for a disappointed beneficiary, executor or trustee it is vitally important that before your client becomes involved in litigation that you ensure they are able to meet the costs of any dispute or claim. Make them fully aware of the costs risk that they are signing up for.

Most people, even those who have not had an earlier misfortune to encounter the civil dispute legal system, will be aware that “going to court” can be expensive.  Clients soon discover that legal costs are a conundrum wrapped in an enigma.  It is also difficult for the lawyers as the issue of legal costs is complex, extensive and constantly changing sometimes whilst a dispute or case is in progress.  Whilst there are general rules to be followed when it comes to costs liability much depends on the nature and hostility in any claim or application.  The aim of this article is not to address all the costs issues that might arise in relation to a case or issue taken before a court.  That would be impossible in the space available.  The intention is to concentrate on some of the major points that arise which may affect a party’s ability to bring or defend a claim and the exposure to financial loss.

What is the solicitor’s role when advising in relation to the issue of legal costs?

It is the responsibility of the solicitor not only to explain and agree with his client how his or her costs are calculated and paid but to thoroughly explain how the cost of an application or claim could be met.   Further, there is a duty on the solicitor to explain the possible and likely consequences of an application or claim to a court even in circumstances where a claim is perceived to be a strong one.  Clients must be made clearly aware that even if they succeed they may be unlikely to recover an element of the costs incurred by their lawyer on their behalf or on behalf of the beneficiaries whose interests they are seeking to protect.

Costs are a very important issue and one that, in my experience, often plays an increasingly important and emotive issue as a dispute progresses.   It is necessary for the lawyer giving advice on costs to have a very thorough understanding of the costs rules and judicial thinking on the issue of costs awards.  Failure to properly advise a client in relation to funding a claim or costs risks will likely be considered a serious breach of duty by the Solicitors Regulation Authority and a failure to properly advise by the Legal Ombudsman.  At the very least the solicitor must be able to provide information about costs, liability for costs and provide costs estimates and, if necessary, provide costs budgets to a judge in the course of a claim or application.

What are the Court’s powers?

The power of the court to award costs is derived from s 51 of the Senior Courts Act 1981.  However, a party to a claim or application needs to be made aware that the court has the ability to control costs, even where the client considers he or she has acted reasonably and entirely properly.  The court will very often do so.  When assessing whether to order a party to pay towards another party’s legal costs or to allow costs payable out of an estate, a judge will take into account issues such as conduct, delay, default, reasonableness and the proportionality of any costs claimed, weighed against the “value” of a claim or issue.

Subject to the two exceptions below the costs in a contentious probate action, like other civil claims are at the wide discretion of the court (Civil Procedure Rules (“CPR”), r 44.2). Whilst the general rule is that the unsuccessful party pays the costs of the successful party, the court can make a different order.  The case of Blades v Issac [2016] EWHC 601 (Ch) is a recent example of judicial determination in relation to costs.  In addition to addressing issues in relation to legal privilege and disclosure the judge was prepared in his judgment to order that the costs of both parties should come out of the estate under CPR 44.2(2) on the indemnity basis.

As mentioned above the court can take into account a party’s conduct in the dispute before as well as during any court proceedings.  It is therefore usually important that a party does not just launch into an application or claim and observes the requirements for pre-action conduct set out in the Practice Direction on Pre-Action Conduct or any relevant pre-action protocol such as that provided by ACTAPS (Association of Contentious Trusts & Probate Specialists).  The “ACTAPS Code” and preliminary note can be found at www.actaps.com and all consulted in relation to a dispute in this area of law ought to consider it before engaging in a claim.

There are two exceptions to the general rule:

It is certainly the case that before deciding to defend or bring a claim personal representatives or trustees appointed by a Will ought to consider securing a direction in order to secure the sanction of the court in relation to their involvement – e.g. a “Beddoe Order”.  [For an interesting summary of whether trustees could expect to be protected in relation to their costs see the article by Laura Banks of the 14th February 2017 (under expert articles on this site) relating to the case of Pettigrew v Edwards [2017] EWHC 8].

Further, there could be far reaching implications resulting from offers to settle litigation (e.g. under Part 36 of the CPR).

Another very important consideration relates to any unwillingness or refusal to engage in Alternative Dispute Resolution (“ADR”) – very often in the form of Mediation.  An unreasonable refusal to engage in ADR will likely result in a refusal by the court to award a party some of their costs, even if that party has been successful.  In recent years the courts have become increasingly ready to place costs sanctions at the feet of a party who, for one reason or another, feels that ADR is not appropriate.  Hitherto “good” reasons are becoming increasingly difficult to promote

Provided an application to Court is undertaken sensibly and the parties are prepared, the court will often be willing to adjust costs liabilities accordingly.  However, if a claim or application is hostile, misjudged, misguided, “fought out” unnecessarily or involves a refusal to compromise then do not be surprised if a Judge takes a very stern line and refuses a party permission to recover their costs or orders that they pay toward their opponent’s costs.

Anyone engaged in litigation over an estate needs to ensure that whatever their client’s claim or disappointment they must ensure that their client can afford getting involved in the legal process.  Equally important is that once in a dispute it often becomes more difficult to get out, by which time a good deal of savings or earnings will have been lost forever.

This webinar will highlight to practitioners the risks and rewards associated with acting as a professional executor.  Afterwards you should be able to decide on a case by case basis whether to offer your services as an executor or not.

Recordings available after the broadcast date

Tony Pearce
© Tony Pearce
Tony Pearce is a Consultant solicitor with considerable experience in contentious probate disputes. Tony has been a member of ACTAPS since 2004 and is an affiliate member of STEP. Tony can be contacted at
E: Tony.Pearce3504@hotmail.com or on 07770 660037.
Recommended Posts
Categories 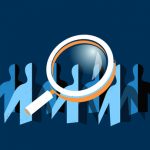 Reducing the risk of estate misdistributionProbate 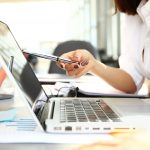 Why Standard Case and Practice Management Systems aren’t the answer for Probate workProbate
This website uses cookies for functionality and to help us to improve the experience of the website. By continuing to use this website, you accept their use or you can also change your personal settings.