The Business and Property Courts – a practical guide

N.B. this advice is based on information available as of 19 October 2017 – much of which is still provisional – and therefore may be subject to revision. [this article supersedes the previous update dated 16 October 2016]

Earlier this year the government and senior members of the judiciary announced the creation of the Business and Property Courts of England and Wales (“BPCs”); an important part of the government’s strategy to sell Britain as an international centre for dispute resolution. 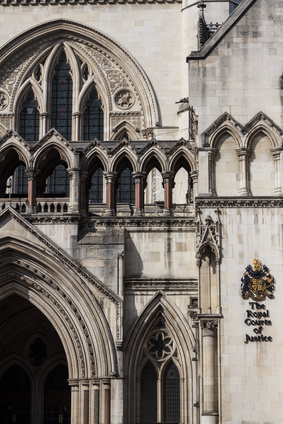 However, the implementation of this change appears to have been rushed and piecemeal, and legal practitioners have been left without any clear guidance about how the change actually affects them and their clients. The current guidance can be found in the following documents:

What follows is a series of FAQs to help private client practitioners understand the main effects of these changes.

What has actually happened?

In total, there are ten courts and lists which come under the BPCs’ umbrella (along with 8 sub-lists). The most significant lists for private client practitioners are likely to be: the Property, Trusts and Probate List, the Business List, and the Insolvency and Companies List (where applications under the Administration of Insolvent Estates of Deceased Persons Order 1986 should be brought). A full list can be found at paragraph 10 of the Advisory Note.

There are six BPCs – the Rolls Building in London, and five regional BPCs in Birmingham, Bristol, Cardiff, Leeds, and Manchester. BPCs are planned for Liverpool and Newcastle too.

It is important to note that in the relevant documents, including the draft Practice Direction, and when heading proceedings, “Business and Property Courts of England and Wales” is not an umbrella term for all six court centres, but refers to the Rolls Building alone.

Why has this occurred?

According to the explanatory statement issued by the Chancellor of the High Court and the President of the QBD, the main reasons for the introduction of BPCs are to:

What has stayed the same?

The courts themselves will continue to operate as present, applying the same rules and procedures set out in the CPR and the court-specific guides (e.g. the Chancery Guide).

Any claim existing before 2nd October (whether live or stayed) will remain under control of the same Master or Judge, until further order.

Perhaps the biggest change that practitioners will notice is when issuing proceedings.

Initially you will need to identify where you wish the case to be heard: London, Birmingham, Bristol, Cardiff, Leeds, or Manchester.

The criteria for having a case heard in one of the regional BPCs are set out at paragraph 2.3 of the draft Practice Direction, which lists the following five factors:

It is clear from the Advisory Note that it is intended that cases should be heard in the regional BPCs where possible; the Note states at paragraph 30 that:

“Only cases which may properly be regarded as being suitable for management and trial in London will be retained there. All other claims will be transferred out.”

At present, electronic filing and issue is only available for claims issued in London, and it will not be available in the regional BPCs until 2018.

If issuing proceedings electronically in London (and the regional BPCs from 2018), claimants will be taken to an online BPCs portal, where they will be asked to select which court, list or sub-list they wish their case to be assigned to.

If issuing in the conventional (non-electronic) way, claimants have to do this in the relevant regional BPC. They should indicate on the claim form or to listing staff the appropriate court, list or sub-list to which the claim should be allocated.

In deciding which court, list or sub-list a claim should be issued in, the key question all claimants must consider is “what is the principal subject matter of the dispute”? Once one has decided what the principal subject matter of the dispute is, then one must decide which court/list is the most appropriate one to issue in. As mentioned above, for most private client matters the appropriate list is likely to be the Property, Trusts and Probate List, but practitioners should make reference to paragraph 14 of the Advisory Note, which sets out in more detail the matters each court/list specialises in.

There will, of course, be many cases which encompass multiple subject matters which might properly be tried in different courts/lists. For example, a probate dispute where the principal asset of the deceased’s estate is an interest in a partnership, but the terms of the partnership and the estate’s entitlement to partnership assets is contested. In such an example, it is not necessarily easy to determine whether the “principal subject matter” is the probate dispute (and should be issued in the Property, Trust and Probate List), or the partnership dispute (and should therefore be issued in the Business List; Business sub-list).

In such circumstances, it is left to the party issuing proceedings to decide what to do. Paragraph 2.2(2) of the draft Practice Direction, somewhat ambiguously, states:

“In cases where different aspects of the dispute indicate that the case be issued in different lists, sub-lists or courts, the claimant must consider whether there are aspects requiring the expertise of a specialist judge and choose the list, sub-list or court in which the relevant specialist judges sit.”

It is possible to envisage that, in circumstances like the one outlined above, the answer might be to issue multiple sets of proceedings in different courts/lists, which will likely entail significant extra costs, time and difficulty for parties. In this author’s opinion, a better way forward will be for the Claimant to come to a decision on the overriding nature of the dispute and then issue proceedings in the appropriate court, even if part of the dispute would normally be better suited to being heard in another court/list. The judges of the Chancery Division are, of course, already very experienced at dealing with cases which involve multiple areas of law.

According to the Advisory Note, this is not fatal to the claim – if a claim turns out to have been issued in the wrong court/list, the court can remedy any error by making an order under CPR rule 3.10(b).

The Advisory Note contains a large amount of guidance relevant to private client practitioners, which broadly suggests that under the new BPCs regime many more cases will be deemed suitable for transfer to the County Court. Some of the key advice is as follows:

The claim number in any existing proceedings issued before 2nd October 2017 will always remain the same throughout proceedings, regardless of the fact that existing cases will be allocated to one of the new lists/sub-lists.

All proceedings issued in London only from 2nd October onwards will be given a new form of claim number with a prefix which relates to the court/list the proceedings are issued in. Once electronic filing is introduced in the regional BPCs then the new form of claim number will also be used for claims issued there – but until that time the numbering format will remain as at present.

All claims issued in the BPC in London should be titled per the following examples:

BUSINESS AND PROPERTY COURTS OF ENGLAND AND WALES

BUSINESS AND PROPERTY COURTS OF ENGLAND AND WALES

All claims issued in regional BPCs should be titled as follows:

BUSINESS AND PROPERTY COURTS IN LEEDS

If you have issued a claim in a sub-list, it is optional but not necessary to include the main court/list in the title – the sub-list title will suffice.

Proceedings started in the BPC in Cardiff should be titled “Business and Property Courts in Wales”.

Further guidance relating to titles of specific types of private client proceedings can be found at paragraph 18 of the Advisory Note.

How should you title documents in proceedings which existed before the BPCs came into operation on 2nd October? Should you keep the same title you have already used throughout proceedings, or change it to the new style?

The answer is that either method is currently acceptable. According to the Advisory Note, practitioners can choose to either:

At some point the courts will announce a date after which only the new form of heading can be used, but there is currently no indication as to when this will be.

New rules have also been brought in regarding transfer of proceedings. These are to be read in conjunction with the existing rules in Part 30 of the CPR. The new rules are set out at paragraph 3 of the draft Practice Direction.

Applications to transfer between BPCs must be made to the court from which the transfer is sought, and have to be consented to by the receiving court before an order for transfer can be made.

Changes in the future?

Obviously the situation is still provisional – the Practice Direction has not been formally approved, and the Advisory Note starts by stating: “This note is likely to be updated on a regular basis”!

It is difficult to predict what effect (if any) the introduction of the BPCs will have. The intention appears to be to encourage international parties to conduct their commercial litigation in England and Wales, but not to change the way the courts themselves operate. Perhaps the most important changes are those set out at paragraph 30 of the Advisory Note, which suggests that a number of cases which previously would have been heard by the Chancery Division may now be transferred to the County Court or to the Family Division.

Participants will be reminded of the difficult decisions the Court of Protection are grappling with at the moment and can reflect on its impact on their own practice.

For more details and to book your place visit: Court of Protection webinar

(recordings available after this date) 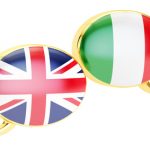 Is a Deed of Variation enforceable in Italy?Probate