Could a holiday let business that provided a very high level of service qualify for Business Property Relief?

The deceased, Mrs Ross, owned two-thirds of a business which ran and managed eight holiday cottages and two staff flats. HMRC determined that the business did not qualify for business property relief (BPR) under s.104 Inheritance Tax Act 1984 (IHTA) on the basis that it mainly consisted of investment in land, and was therefore a business to which “mainly… making or holding investments” under s.105 IHTA applied. Mrs Ross’s executors appealed HMRC’s decision.

Mrs Ross died in November 2011. Her estate included a two-thirds share in a partnership known as the Green Door Cottages Partnership (the ‘Business’), which owned eight cottages in Cornwall (the Green Door Cottages), two staff flats, and a further property in Weymouth. The cottages were rented out as holiday cottages, one flat was on a long lease to the hotel across the road (used for occupation by hotel staff), the second flat was rented out to the only employee of the business, a handyman, and the Weymouth property was also rented out as holiday accommodation. The total value of the properties was some £1.5 million.

Mrs Ross had originally owned and run the hotel nearby with her husband, acquiring the holiday cottages in 1985. In 2002, when Mrs Ross believed she was no longer fit enough to run the hotel, it was sold and the new owner agreed to provide certain services to Green Door Cottages guests. Mrs Oldrieve, Mrs Ross’s daughter, took over the running of the Business in 2002. She lived in Exeter, around 60 miles away.

A significant amount of witness evidence was given, including from those who had taken holidays at the Green Door Cottages. This served to give a flavour of the type of services provided. The guests communicated the sense of a ‘holiday package’, a ‘complete holiday experience’, the level of service and the links to the hotel providing ‘so much more than with other self-catering houses’.

The handyman, as well as hotel staff, also provided evidence of the work they undertook and the nature of the links the Business had with the hotel. They described the handyman being on site and on call day and night, and holiday makers in the cottages being able to take delivery of hotel meals and to use the hotel facilities.

It was agreed by the parties that the Business was carrying on a business within IHTA terms, and that it did not consist “wholly” of making or holding investments.

To read more including  the law, the decision and vital practice points request a FREE pdf and we’ll be pleased to send you a copy of the full case summary from LawSkills, just complete the request form below:

Message from Gill Steel: As you no doubt realise, putting together these valuable documents is a lengthy and time-consuming process. While we’re happy to do this, we would in return appreciate your promise to help us with some future market research. It won’t be a massive call on your time but it will help us to keep providing relevant and valuable services and information to those in Private Client practice. Thank you.

I am happy to help with market research for LawSkills.  Please send me a copy of LawSkills’ case summary. 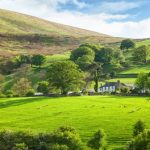 Tax protection of ‘amenity value’Tax
This website uses cookies for functionality and to help us to improve the experience of the website. By continuing to use this website, you accept their use or you can also change your personal settings.