Demergers and other Corporate “Returns of Value” – A Trustee’s Perspective

Paul Saunders accepts no responsibility or liability for the application of the views expressed in this contribution to any specific scenario and readers should take their own legal advice on the appropriateness of any comments to their specific situation.

There is a long history of companies “returning value” to shareholders through a variety of means, including: demergers, buy-backs and special dividends and “bonus” share issue. This can have significant implications for trustees of an interest in possession trust, whether a pre- or post-2006 trust.

This article considers the issues from an English Law trust perspective. 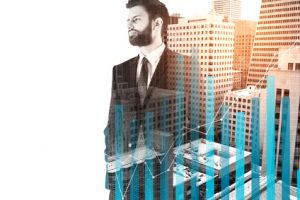 Recently, most companies have tended to return value to shareholders by buying their own shares in the market (buy-backs), thereby enhancing earning per share, which usually also increases the share price.

Less frequently, shareholders are invited to offer their shares to the company at a price determined by the individual shareholder (a tender). The company will only buy back shares if the tender price is acceptable. Unlike where a company buys back through the market, if trustee shareholders successfully tender shares they may be liable to tax at the rate applicable to trustees (currently 45%) on the excess of the price received over the nominal share value, with CGT being assessed on the basis of a disposal at the shares’ nominal value.

In a “direct demerger” the distributing company transfers shares it holds in an existing subsidiary to its own shareholders.

Where a demerger is achieved via a court approved reduction in share capital, the demerged shares will normally remain capital of the trust.
s.2 Trusts (Capital and Income) Act 2013 applies to all trusts where a demerger occurs on or after 1 October 2013. The section relies upon the definition of an “exempt distribution” (as defined in ss. 1076-1078 Corporation Tax Act 2010) to determine to which demergers it applies, and can briefly be summarised as applying where:

Provided a demerger falls within these criteria, and that there is no contrary direction within the governing trust instrument, shares issued via either a “direct” or “indirect” demerger will now be capital in the hands of trustees.

Care needs to be taken, though, as not all demergers by UK companies fall within s.2: e.g. the 2014 demerger by Vodafone of its interest in Verizon was a “direct” demerger, and the Verizon shares were due to the income beneficiary. A similar situation may arise should Unilever decide to demerge any of its interests, as all assets are held 50/50 by Unilever PLC and Unilever N.V.

A special dividend is a non-standard distribution, and may be the preferred way of some companies transferring the proceeds of sale of a business, or just excess cash balances, to shareholders. The payment will be a dividend and will be income in the hands of a trustee. As with any dividend, when it is paid the share price will reduce to reflect the value that has left the company.

Special dividends made by other companies since then have ranged from, say, 7% of value to, say, 28%.

Where payment of a special dividend will deplete the capital value, trustees should consider if the shares might be sold before they are quoted “ex-special dividend”. The effect of CGT will also need to be considered as, after allowing for the likely CGT charge and the costs of the transaction, the net capital value of the trust could have been better maintained by retaining the shares and allowing the income beneficiary to receive the special dividend. Is it preferable to retain value for the beneficiaries than end up giving it to HMRC? Each case would need to be considered on its own merits, including the personal relationship between the different beneficiary classes.

Traditionally, “bonus” shares are issued when a company considers its share price is too high (for whatever reason). The issue of additional new shares to existing shareholders normally reduces the share price to a more “acceptable” level, whilst maintaining the company’s overall market value.

However, some companies use bonus shares to facilitate a return of value to shareholders. In 2004, J Sainsbury PLC decided to pass the sale proceeds of part of its US operations to shareholders by issuing “B” shares. Shareholders were given 3 options: (i) to immediately exchange each B share for a cash dividend (income); (ii) to have each share repurchased by Sainsbury once issued (capital); or (iii) to retain the B shares until a future date when they would be compulsorily repurchased by Sainsbury (capital). Since then, other companies have used similar arrangements, with shareholders being able to elect for differing classes of shares, some of which are treated as income in trustees’ hands, and others capital.

Whilst, when implemented, the Sainsbury returns were treated as income or capital for taxation purposes, matching the trust treatment, the Government has since changed the rules. If a similar arrangement is used nowadays – giving shareholders an option to elect for a dividend or capital distribution – all shareholder receipts under the arrangement will be taxed as income (even if still capital in the hands of trustees).

Foreign Demergers and other Corporate “Returns of Value”

It is not just UK companies that are involved in demergers and other ways of “returning value” to shareholders. Although UK companies might not look to structure any such arrangements with the position of trustees in mind, a trustee should reasonably be able to apply their knowledge of the law to identify the nature of the receipt in their hands.

Where a demerger or other arrangement is put in place by non-UK companies, their advisers may have little knowledge of trusts and even less understanding of the impact any arrangement might have upon the beneficial interests within a trust. If, say, a Japanese company effected a “direct” demerger which complied with the requirements of s.1076 Companies Act 2010, other than the residence requirement, should the trustees of an English Law trust treat the new shares as income or capital? Relying upon the decision in Hill v. Permanent Trustee Co. of New South Wales [1930], the starting point is to understand the rules relating to distributions by companies in the country in which the distributing company is incorporated, and then applying the analysis used in Hill to the (proposed) distribution. Ideally, this should be done before the record date for the demerger, or other return of value, has passed, so that the trustees can take any action necessary to protect the trust fund.

In many cases a trust portfolio is managed by third party investment advisers, on either an advisory or a discretionary mandate. Such advisers should provide regular reports to their trustee clients. However, their reports are invariably retrospective in nature when considering transactions such as demergers, etc. Accordingly, a trustee may not become aware of a demerger or other return of value, until after the event. By that time, it is too late to take action to protect the trust even if the effect of the transaction has been to convert capital into income.

Even though, under trust law, demerged shares may be due to the income beneficiary, the investment manager, not realising that fact, might sell them and reinvest the proceeds within the trust fund.

Trustees should not rely solely upon their investment advisers to identify and share with them details of any upcoming corporate actions that might affect the trust. However, they should impress upon their advisers the need to be informed ahead of any proposed demerger or other return of value, so that they can consider if action is necessary to protect the trust fund. Even then, the trustees should also see the shareholder communications setting out the proposed transaction so that they can identify if receipts will be capital or income in their hands and, if the latter, what if any action might be required before the deadline for any responses or elections has passed. Few investment advisers (or their algorithms) may be sufficiently trained in trust law to venture an informed view.

Gill Steel’s popular ONE hour lunchtime webinars will explore with practitioners the points to consider when creating trusts for clients to avoid any unwelcome surprises, particularly of the tax kind.

The pressure on the Will drafting executor dealing with the RNRBTrusts, Wills 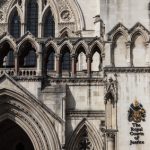 The Business and Property Courts – a practical guideProbate, Trusts
This website uses cookies for functionality and to help us to improve the experience of the website. By continuing to use this website, you accept their use or you can also change your personal settings.