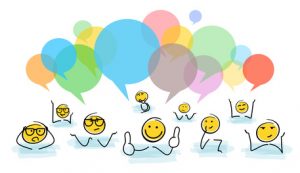 Private client practitioners will (or should) know that a gift in a Will to a child of a testator, if that child predeceases the testator, passes to the child’s issue “unless a contrary intention appears by the Will”.

The case of Hives v Machin [2017] EWHC 1414 (Ch) was a case where the Defendant claimed that the very common wording “to such of my children (in this case sons) A B and C who shall be living at my death and if more than one in equal shares” constituted such a contrary intention.

The law was clarified, or so it was thought, by the case of Ling v Ling [2002] WTLR 553 in which Etherton J (as the Master of the Rolls then was) held that this standard wording did not constitute a contrary intention. However, the water was muddied by the case of Rainbird v Smith [2012] EWHC (Ch); [2013] WTLR 1609 where the opposite conclusion was reached on substantially the same wording, although the Rainbird case was in fact a (low value) case of rectification of the Will (which requires Judgment) and approval of a settlement already agreed between the parties, only one of whom was represented.

In Hives v Machin the testator whose Christian name was Marjorie and whom I shall call M, left her residuary estate – in a Will made in 2003 – equally between such of her sons A B and C as should survive her, therefore using almost identical wording. C died childless in 2008. M later suffered from dementia and entered a care home in 2010 at which point A, who by some distance lived nearest to her on the south coast – B lived near Manchester – was appointed her Deputy. B died in 2012, leaving a daughter. Prior to M’s entry into care, B’s daughter had had regular contact with M, her grandmother, by telephone and mail. However, A refused to disclose where M was resident, and by email requested the care home to disclaim all knowledge of M, if any enquiry were made by or on behalf of B’s daughter.

M died in December 2014. Her Will was under A’s control. He secured renunciations by the two Executors named in the Will and applied for Letters of Administration with Will as the only named beneficiary still living. This was granted to him, whereupon he wrote to the investment bank in which (as Deputy) he had gathered most of M’s assets – about £450,000 – instructing them to transfer those funds into his own name “with immediate effect”.

In due course B learned of this. After correspondence between solicitors in which A vehemently rejected B’s daughter’s claim to be entitled to half of M’s estate, she issued proceedings against A in the High Court. The case came before Deputy Judge Timothy Fancourt QC and was heard over three days between 24th and 26th May 2017, Judgment being delivered two weeks later. The Judge held that the standard wording did not constitute a contrary intention. In so doing, he rejected the Defendant’s argument adding that if it were correct, then the Will would require a Testator to “contract”/opt into s.33, whereas s.33 was there for a purpose and did not require to be opted into, though it could be opted out of if the Will specifically so stated – or was implied by, for example, a ‘gift over’ constituting a contrary intention.

S.21 Administration of Justice Act 1982 provides that if wording in a Will is meaningless or ambiguous, then regard can be had to evidence of the intention of the testator. Judge Fancourt QC held that the relevant wording “to such of my sons A, B and C who shall be living at my death and if more than one in equal shares” did not contain any ambiguity, nor was meaningless and that therefore the precondition for admitting evidence under the 1982 Act was not satisfied.

Nevertheless, the Judge went on to say that if he was “wrong in that conclusion and the case goes further” then he would state his findings on the factual evidence given by A and on his behalf. A maintained that M had said to him that no grandchild should benefit under her Will which, given the circumstances in which that conversation was alleged to have taken place (and generally), the Judge did not accept. The clerk (a member of STEP) who drew the testator’s 2003 Will, and had drawn previous Wills for her, had stated at length in his witness statement that M had instructed him that in the event of any son predeceasing, then no grandchild was to inherit that son’s share. However under cross-examination by Mr Tom Dumont, Counsel for B’s daughter, this clerk admitted that he had no recollection of any meetings with M, nor even remembered her. He relied in his live evidence on the words in a handwritten file note made in 1998 – the file happened still to be available – “if predecease to survivor” which the Judge did not consider was evidence at all of intention to exclude the operation of s.33.

Additionally M had in her Will given to B a numbered Halifax bond account containing £50,000. As deputy, A had closed this (15 months before B died) and transferred £49,000 of it to the investment account in which he had gathered M’s other funds. Applying s.18 and Schedule 2 of the Mental Capacity Act 2005, Judgment was given also for this sum in favour of B’s daughter in addition to one half of the residuary estate.

A potential irony in this case was that after A’s father perished in France on D Day (when M was only 17), A was adopted by M’s parents. The result was that legally A was M’s brother, not her son, and if the circumstances had been the other way around – if A rather than B had predeceased M – A’s own children would not have inherited by operation of s.33.

The Judge surely reached the correct result on the point of the applicability of s.33. However, I have always asked the question of the client/testator whether, if a son or daughter or indeed any other beneficiary fails to survive, then does he or she wish that share to go to offspring of the predeceasing beneficiary, and then to say so in the Will. Thus there can be no subsequent argument and the matter is clear to the testator when signing his or her Will and, as importantly, when reading it at home in later years. A client will occasionally say that in such circumstances he/she would make a new Will, to which I say that ill health may preclude such ability, as indeed was the case with M.

Robert Foster
© Robert Foster - Foster Law Solicitors E: rhf@fosterlawsolicitors.com Web: Foster Law Solicitors
Robert qualified in January 1979, following his father who had qualified exactly 30 years earlier. He is a general practitioner in Skipton, North Yorkshire and specialises in Wills, Probate, capital taxation and litigation involving disputed estates.
Outside the law, his principal interest is railway operation and he writes in the railway press and occasionally in the Times. Robert has had success in overturning Government proposals in the past including the proposed single track Channel Tunnel, the anomaly when a wife had no separate CGT exemption, and was also a campaigner for the TNRB exemption from IHT.

The pressure on the Will drafting executor dealing with the RNRBTrusts, Wills 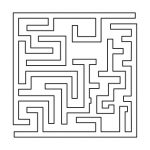 The conundrum of Mutual WillsWills
This website uses cookies for functionality and to help us to improve the experience of the website. By continuing to use this website, you accept their use or you can also change your personal settings.