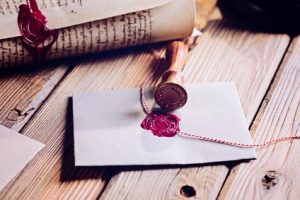 On 13 July 2017 the Law Commission launched “Making a Will”, a consultation to examine specific proposals for reform of the law of Wills and Succession.

I have read (or duly skimmed) the 284-page consultation document so that you, busy reader, don’t have to. What follows is a non-exhaustive description of the areas of the law under consideration.

LawCom identifies what it believes are three problems with the test in Banks v Goodfellow (1870) LR 5 QB 549:

LawCom proposes legislative reversal of the decision in Re Walker [2014] EWHC 71 (Ch) so that the Mental Capacity Act 2005 supplies the test for testamentary capacity. The alternative proposal is statutory codification of the Banks test, ironing out its uncertainties in the process.

LawCom considers some of the criticisms of the current law such as the difficulty of applying the “best interests” criteria to a Will, the impropriety of imposing a Will on someone who chose to remain intestate when they had capacity, the non-applicability of statutory Wills to foreign real estate and the duration and expense of the statutory Will-making process. LawCom concludes that there is no urgent need for reform in this area.

LawCom proposes a scheme to help people make Wills with professional support. It is suggested that the scheme would apply to testators who are capable of understanding what is necessary to make a Will but who need support in order to do so. It is uncertain whether any legislation would be needed to implement such a scheme.

LawCom considers the formal rules for executing Wills and invites comment on the following modifications:

LawCom considers that electronic execution is an “intuitive next step” in the technology of Will making but notes that there is some doubt whether an electronic signature would comply with s. 9 Wills Act 1837, although the better view is that it would not: Lim v Thompson [2009] EWHC 3341 (Ch).

LawCom proposes a new law to enable the Lord Chancellor to enact secondary legislation to validate electronic Wills (and perhaps also video Wills). LawCom envisages that new regulations would be enacted only when adequate security of electronic Wills (against fraud and undue influence) could be guaranteed.

Knowledge and approval and undue influence

LawCom identifies some overlap of the law of knowledge and approval with that of undue influence such that the former is often pleaded on facts which are more suggestive of the latter (either because people do not want to allege undue influence against family members or because there is a perception that undue influence is too difficult to prove).

LawCom points out that unfairness or difficulty can arise where a child dies intestate: for example, half their property may pass to an absent, irresponsible parent or their wishes for disposal of their body may be frustrated by a parent acting as administrator. LawCom proposes that the minimum age of capacity for making a Will be lowered to 16 and invites discussion on whether the court should have power to authorise Wills for minors.

LawCom considers s. 21 Administration of Justice Act 1982 and the scope of the court’s power to rectify Wills but concludes (rather surprisingly) that widening the scope of the statutory power is undesirable because it may obviate the need to sue a negligent Will draftsman (it is not clear why this would be undesirable) or may present an opportunity for posthumous estate planning (in this context there is no acknowledgement of the fact that equitable rectification of unilateral inter vivos instruments is rarely available to correct mistakes as to fiscal consequences).

The reasons for the proposals are fairly self-explanatory. They build on the principle that gifts should not adeem where the testator has had no opportunity or may not have realised the need to alter his Will. That said, it is doubtful whether the final proposal would truly effect the testator’s wishes in cases where a very valuable chattel is destroyed and the legatee receives “compensation” which wipes out the residuary gift.

LawCom invites us to consider whether Wills should continue to be revoked automatically by marriage and (if so) whether (1) a testator should be able to exclude the rule in their Will and/or (2) an exception should be made for people who marry when they lack testamentary capacity.

LawCom rejects any reform of the common law doctrine of mutual Wills but proposes that the definition of “net estate” in the Inheritance (Provision for Family and Dependants) Act 1975 be extended to property held on constructive trusts pursuant to a mutual Wills agreement.

LawCom makes no specific proposals regarding this anomalous doctrine (other than rejecting any statutory codification of it) and invites comment on whether it should be abolished or retained. King v Dubrey [2015] EWCA Civ 581 is considered to be a clear statement of how the rule operates.

Other possible functions of a Will

LawCom considers how a Will may regulate

The consultation runs until 10 November 2017 should you wish to take part. More information can be found at www.lawcom.gov.uk/project/wills/.

The pressure on the Will drafting executor dealing with the RNRBTrusts, Wills
This website uses cookies for functionality and to help us to improve the experience of the website. By continuing to use this website, you accept their use or you can also change your personal settings.