….when does the period of ownership begin if you buy off plan?

The taxpayer, Mr Higgins, bought a flat off-plan, paying a reservation deposit in 2004. He entered into a contract to buy the still non-existent flat in 2006, but only gained access to the nearly completed flat for the first time in late 2009. He completed the purchase of the flat on 5 January 2010 and it was agreed that it was his PPR from that time until he sold it on 5 January 2012. He claimed CGT PPR relief on the gain from this sale, which was challenged by HMRC. The issue at the centre of the dispute was how long the flat had been Mr Higgins’ principal private residence in relation to his period of ownership of the property.

Mr Higgins put down an initial deposit to secure a flat, off-plan, in 2004. The building in which the flat was to be situated, the former St Pancras Station Hotel, was being redeveloped and it was expected that the work would take some time. Mr Higgins entered into a contract to purchase the still non-existent flat on 2 October 2006. He paid a second deposit, and contractually agreed to pay a third a few months later, on 1 March 2007.

The development was delayed by the ‘credit crunch’ in 2008, and work finally began on Mr Higgins’ flat in November 2009. At this stage Mr Higgins was allowed to look round the site for the first time. The work was substantially complete in December 2009 and legal completion of the purchase was scheduled for 5 January 2010. Mr Higgins had no right to occupy the flat until completion on that date. He occupied the flat from 5 January 2010 until completion of its sale on 5 January 2012, having entered into a contract to sell it on 15 December 2011.
From July 2007, when Mr Higgins sold his former residence, until January 2010, his residential arrangements varied. It was found as fact, unchallenged, that he had no other dwelling that he regarded as his PPR throughout that period.

S.222 Taxation of Chargeable Gains Act 1992 (TCGA) introduces the relief for disposal of a private residence. The tribunal cited two subsections as being relevant to the case: case were:

“(1) This section applies to a gain accruing to an individual so far as attributable to the disposal of, or of an interest in—
(a) a dwelling-house or part of a dwelling-house which is, or has at any time in his period of ownership been, his only or main residence,…”
and
“(7) In this section and sections 223 to 226, “the period of ownership” where the individual has had different interests at different times shall be taken to begin from the first acquisition taken into account in arriving at the expenditure which under Chapter IIIof Part II is allowable as a deduction in the computation of the gain to which this section applies,…”

S.223 TCGA deals with the amount of the relief that can be claimed, stating:

HMRC submitted that s.28 TCGA was also material to the case:

Counsel for Mr Higgins argued that his period of ownership for the purposes of s.223 TCGA began on legal completion of his purchase of the flat, 5 January 2010. The words ‘period of ownership’ should be given their ordinary meaning, and should therefore begin with the grant of the lease. He further argued that the period of ownership of a dwelling was not ordinarily understood to include the period after a contract was entered into and before completion—even though as a matter of law the purchaser may have an equitable interest in land, such an interest is very limited.

Counsel for Mr Higgins also submitted that sections 222 and 223 TCGA were to be construed purposively and applied to the facts realistically; the period of ownership must be confined to the period when the flat existed and was available for occupation that is upon completion of the contract by the grant of the lease. It was further submitted that the purposive construction was necessary to avoid ‘absurdity and injustice’ where a taxpayer buys a property off-plan, which is a recent and increasingly common arrangement.

HMRC referred to s.222(7) which dealt with the situation where an individual has had different interests in a dwelling at different times, in which case “the period of ownership should begin from the first acquisition taken into account in arriving at expenditure which…is allowable as a deduction”. In this case, it was argued, Mr Higgins acquired his first interest in the flat upon entering into the contract for purchase in October 2006.

The tribunal made it clear at the outset of their deliberations that Mr Higgins should be entitled to PPR relief for the entire gain on his disposal of the flat. They considered that the ordinary meaning of ‘period of ownership’ should be applied to both s.222 and s.223 TCGA.
“A period of ownership of a dwelling house will ordinarily be said to begin on the date the purchase of the dwelling has been physically and legally completed and the purchaser has the right to occupy.”

Mr Higgins acquired the flat and occupied it as his PPR as soon as he was legally and physically able until he completed its sale in January 2012.

The tribunal held that s.28 was not a provision which determined liability, but a deeming provision which identified the time of acquisition and disposal of a chargeable asset. Where it applied, it deemed the time of disposal to be a date of a contract, but the concept was not directly involved in determining the meaning of ‘period of ownership’ in the context of availability of PPR relief.

“When sections 222 and 223 are read together what is critical is that the period of ownership and the period of occupation of the dwelling house coincide. To say the period of ownership begins when a contract to acquire a dwelling is entered into, at which time it would be highly unusual for a purchaser to have a right to occupy, would be perverse in the context of providing relief to individuals for gains realise on the sale of a private principal residence.”

Neither could the tribunal accept HMRC’s submissions in relation to the construction of s.222(7) and s.28 TCGA. The period of ownership for the purposes of ss.222 and 223 TCGA began when Mr Higgins owned the legal and equitable interest in the lease of the flat and owned the legal right to occupy the flat. That was the date of the legal completion of the purchase on 5 January 2010. The period of ownership ended on 5 January 2012 when the contract for sale was completed. 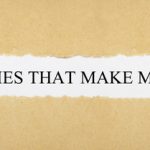 The equine business and the “Gravel Road”Tax
This website uses cookies for functionality and to help us to improve the experience of the website. By continuing to use this website, you accept their use or you can also change your personal settings.