The Presumption of Death Act 2013 (PDA 2013) allows a court to make a declaration that a person is presumed dead when they are presumed to be dead or have not been heard of as alive for a period of at least seven years.

In this case the Court had made such an order in respect of Edward, the Claimant’s son, who disappeared on 17 November 2005. Normally, a claim in litigation is brought against a specific defendant but under PDA 2013 the claim is for a declaration which operates against the whole world. It is a procedure without any defendants – only a class of potential intervenors who have to give notice of wishing to take part. It is a useful summary of the procedure to be followed in such cases.

The facts were sad – the family originated in South Africa and Edward had considerable difficulty in adapting to a different way of life in England. He finished formal education and found employment and enjoyed an active social life. Late in 1998 he suffered panic attacks at work, lost confidence in himself and developed depression. He resigned from his job and lived in a flat adjoining his parents’ house.

In the summer of 2005 Edward’s parents decided to spend the summer in France renovating their house there. They invited Edward to come too but he stayed put. His medical advisers felt he should move into NHS sheltered accommodation but he declined. The Mental Health Crisis Team placed him in a house in Sidmouth. His parents kept in touch regularly by telephone and his sister made regular visits and calls to him. On a visit two weeks before he disappeared she found him in a very depressed state. His support worker saw him two days before he disappeared and found him very low.

On 17 November 2005 he was last seen at 2pm by another resident living at the house in Sidmouth but thereafter he disappeared and he has never been seen since. There were extensive searches when Edward went missing but he was never found; 11 years having passed he was ordered presumed dead.

The claim form should be issued under CPR Part 8 with the accompanying information required under CPR 57.19(2) and Practice Direction 57B 1.1.

CPR 57.18 requires that a claim for presumption of death should be brought in either the Chancery Division or in the Family Division of the High Court. Under s.9 PDA 2013 a person making such an application has to send notice to the persons specified by the rules of court. CPR 57.20 provides that the notice must be served on the following:

It is also necessary for the claimant to advertise the claim in case other people wish to take part and have not been given the notice. S.9(2) PDA 2013 stipulates the need for advertising. CPR 57.21 provides that the claimant must within 7 days of the issue of the claim ensure that notice is published in a form which meets the requirements of Practice Direction 57B in at least one newspaper circulating in the vicinity of the last known address of the missing person. At least 5 days before the hearing the claimant must file a copy of the page of the newspaper bearing the advertisement and the date it was published.

S.2 PDA 2013 provides for a declaration to be made if the court is satisfied that the missing person has died or has not been known to be alive for a period of at least seven years.

The Court has to order the date and time of death. It ordered Edward died at midnight on 17 November 2005. 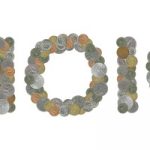 Can you make any Will you want or is testamentary freedom an illusion?Probate

IPFD – Martin v Williams [2017] EWHC 491Probate
This website uses cookies for functionality and to help us to improve the experience of the website. By continuing to use this website, you accept their use or you can also change your personal settings.