Do you know what financial interests of a spouse and cohabitant need to be taken into account under IPFD 1975?

This was a claim under the IPFD 1975 by the deceased’s cohabitant with whom he had lived for many years in a shared property. He had never divorced and still owned a number of assets jointly with his estranged wife to whom he left his estate. It was inevitable his cohabitant would make a claim and neither widow nor cohabitant will have the same lifestyle as before since there was simply insufficient money. However, it took an appeal to clarify the correct approach to the court’s exercise of discretion under the Act.

Mrs Maureen Martin was the wife of the deceased. Mrs Joy Williams lived with the deceased at the time of his death and for some time before.

Since June 2009 Mrs W and Mr M had lived in a property in Dorchester which was owned by them as tenants in common in equal shares. The property was mortgaged but all parties accepted the liability was Mr M’s alone. Mr M died testate – his last Will was made on 29 April 1986 with a subsequent codicil dated 23 November 1995. The residue of his estate was left to Mrs M, who was also appointed sole executrix.

Mrs M took out the Grant on 1 September 2014. Mrs W commenced IPFD proceedings on 18 November 2014. This decision was an appeal from the County Court.

It was clear that Mr & Mrs M might have separated but still ran a business together and still both drew on joint bank accounts which passed by survivorship to Mrs M on Mr M’s death.

Mrs W inherited a one half share in her father’s property which was occupied by her sister, the other co-owner. The sister was not in a position to pay rent. This asset (Mrs W’s share was valued at £135,000) was not taken into account in the list of resources by the county court – an area of obvious contention. No legal advice was presented as to Mrs W’s ability to realise her interest in her father’s house.

Mr Justice Marcus Smith indicated that he could not allow the appeal to set aside HH Judge Gerald’s order simply because he disagreed with the manner in which the Judge dealt with the case on its merits. Before an appeal could be allowed he had to satisfy himself that there had been a wrong exercise of the Judge’s discretion.

“It is common ground that the appropriate standard of review is that applying to the exercise of a discretion. That means that DJ Million must be shown either to have made an error of law, for instance by applying the wrong test or failing to take into account matters that he should have considered, or taking into account matters he should not have considered, or reaching a conclusion that was perverse.”

On this basis, only if the order should be set aside is it necessary to consider how to exercise the discretion vested in the Judge appropriately.

The IPFD 1975 requires a court to determine:

The Judge found a number of errors in the Judge Gerald’s approach to addressing these questions, including a failure to have proper regard to Mrs W’s interest in the property occupied by her sister as a significant financial resource; and, his uncalled scepticism of the truth of Mrs Martin’s evidence of her finances, which had not been challenged in cross-examination or by the Judge.

Leaving out her father’s house in assessing Mrs W’s financial needs was a ‘perverse conclusion’. Judge Gerald’s approach to Mrs M’s financial evidence was also ‘unprincipled and wrong’. He failed to follow the approach to assessing relief laid down in the IPFD 1975.

However, Judge Gerald had been correct however in confirming that Mrs W was entitled to bring her claim under s.1 (1A) IPFD and that Mr M’s Will had not made reasonable financial provision for her maintenance.

As a result, the relief Judge Gerald granted to Mrs W was in excess of what was necessary for her maintenance and did not take into account the effect of that on Mrs Martin’s position.

Having made a decision about the incorrect nature of Judge Gerald’s exercise of discretion Judge Marcus Smith set about re-assessing what would be an appropriate exercise of discretion. Mrs W was awarded a life interest only in Mr M’s half share in their co-owned property; the mortgage having been discharged by Mrs M.

He expressed the hope that the parties would be able to sever their connection if Mrs W realised her interest in the inherited property and Mrs M agreed to the sale of the property occupied by Mrs W with appropriate division of the sale proceeds between them so that both Mrs M and Mrs W could downsize and move forward without any need for one to be connected with the other. 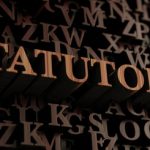 How can you publish Section 27 Trustee Act notices more efficiently?Probate
This website uses cookies for functionality and to help us to improve the experience of the website. By continuing to use this website, you accept their use or you can also change your personal settings.