Can P’s feelings & wishes be taken into account in making a statutory Will if possible undue influence affecting the situation?

This case is particular to its facts and highlights that the making of a statutory Will is to be undertaken on behalf of the P by a COP judge undertaking a best interest approach to decision making as indicated by the Mental Capacity Act 2005 (MCA 2005). Such a case, of necessity, must come before the COP with all the facts and law clearly summarised and with proper weight given to the circumstances in which P’s feelings and beliefs were obtained.

While JKS still had capacity she had taken action against her son ADS and his wife, accusing them of undue influence in relation to the transfer of various properties. During the course of the proceedings, JKS lost her capacity to litigate & her Deputy (MH) was appointed her litigation friend.

JKS has two sons ADS and DSM. The Chancery proceedings were settled & one of the terms of the settlement was that MH would be appointed to manage JKS’s property & financial affairs generally and apply to COP for a statutory Will dividing her UK estate equally between ADS and DSM.

Charles J referred to the main authorities relating to the making of a statutory Will:

All the above cases refer to the need for the decision maker to take any decision in P’s best interests. When a decision falls to be made under the MCA 2005 for P by definition P does not have capacity to weigh all the factors that are relevant to that decision. This inability is a circumstance that must be taken into account in determining the weight and the respective weight to be given to P’s wishes and feelings expressed before and after P loses the relevant capacity.

In this case the approach dictated by the MCA 2005 means the following factors must be considered:

These factors should have been given proper weight and investigation and this was not done by the COP judge.

The Judge was reluctant to effectively re-open the Chancery proceedings to scrutiny as to which expressions of wishes & feelings were subject to undue influence. Charles J felt the Official Solicitor should be as honest as other people and so should take into account whether giving weight or effect to any of JKS’s statements would found an unconscionable result.

Charles J suggested that the following lessons should be learnt from this case:

In the event Charles J decided that there was no binding contract under the civil proceedings that a statutory Will had to be made in a particular way. Rather, the settlement was not dependent on the COP authorising a statutory Will in the terms set out but it left the authorisation of such a Will to MH on application to the COP.

Nevertheless, the Chancery Settlement Agreement and the representations and expressions of wishes made around it are factors to be taken into account under the decision making process dictated by the MCA 2005.

He was very critical of all the parties and their representatives. He said that none of them had taken into account the 14 matters which he said they had needed to consider with care.

He took it upon himself to draft the Statutory Will, the details of which are not published.

Listen to a recording of this webinar at your desk where Gill Steel explains the circumstances in which a statutory Will may be required and set out the steps involved in creating one.

SIGN UP NOW!
capacity to litigate, Court Of Protection, Statutory Will 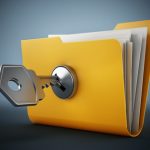 Can a solicitor release the Will of a mentally incapable client to their attorney?Elderly/Vulnerable Client, Wills 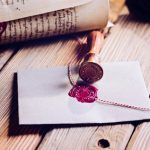 What’s wrong with Wills?Wills
This website uses cookies for functionality and to help us to improve the experience of the website. By continuing to use this website, you accept their use or you can also change your personal settings.