Paul Saunders accepts no responsibility or liability for the application of the views expressed in this contribution to any specific scenario and readers should take their own legal advice on the appropriateness of any comments to their specific situation.

When setting up a trust, settlors often want someone with close family knowledge to be a trustee – invariably that person is also a beneficiary.

When trustees change, whether due to death, the removal of an “expensive” professional, or for some other reason, it is not unusual for one or more beneficiaries to be considered for the replacement role.

The legal advisers should point out in all such situations that where a trustee is also a beneficiary they have an inherent conflict of interest which could bar them from benefiting and/or effectively freeze the operation of the trust. 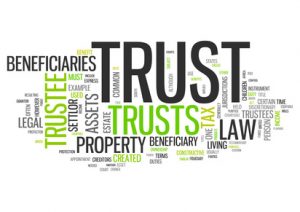 The advisers might refer to the “self-dealing” rule, referring to it is its narrowest sense which prohibits a trustee from buying trust assets, or using information obtained as trustee to benefit themselves personally (the Narrower Rule).  However, the self-dealing rule is somewhat wider in that it prohibits the trustee from joining in any decision which might benefit them (the Wider Rule).  As trustees must act unanimously, the barring of any trustee from joining in a decision will strangle the trust.

The law recognises the potential for a trust ceasing to be viable if a beneficiary is also a trustee and there are ways in which such an arrangement can work.  Primarily these are:

There is also the possibility of all those other beneficiaries who are affected, or could potentially be affected, giving informed consent for the beneficiary trustee to benefit themselves.  However, in view of the increasing number of trusts with open ended beneficiary classes, this may rarely be a viable option.

If the beneficiary trustee is one of the initial trustees appointed when the trust was created (an Initial Trustee), as the conflict of duty (as trustee) and interest (as beneficiary) is not of their making – having been placed in that position by the settlor (or testator) – there is a presumption (the Presumption) that the trustee is intended to be able to benefit, so that the self-dealing rule is restricted to enable the beneficiary trustee to join in decisions which will benefit them.  The Presumption can be rebutted, though, by the further terms of the trust instrument.

Notwithstanding a beneficiary trustee being an Initial Trustee, the Narrower Rule will continue to apply to them as it does to trustees generally, so that in the absence of special circumstances (see, for example Kinch v. Sandford (1726) Sel. Cas. T. King 61 – where a contractual right existed before the creation of the fiduciary relationship), the beneficiary trustee cannot, say, buy trust property.  However, the Narrower Rule can be dis-applied or modified by specific provision in the trust instrument

Should an original beneficiary trustee retire, and be re-appointed, they are no longer an “Initial Trustee” and will not be able to rely upon the presumption in favour of Initial Trustees.

Although some commentators have suggested that where a beneficiary trustee is appointed on creation of a trust, this signifies that the settlor/testator would want any future beneficiary trustee to enjoy the same privileges as an Initial Trustee, there is no evidence that this point has been judicially tested.  I would therefore be reluctant to rely upon it without having a case specific opinion from senior counsel.

When drafting the trust instrument, the drafter may include provision for a beneficiary trustee, even though one is not appointed (or, perhaps, even envisaged by the settlor) when the trust is created.  Where included any express provision allowing a trustee to benefit will be strictly construed, so that if the enabling provision is not correctly adhered to a breach of trust will arise.

The wording of any provision purporting to allow a trustee to benefit from a trust needs to be carefully considered.  Many provisions refer to a trustee joining in a “transaction” from which they may benefit, either directly or indirectly.  Whilst this may permit a trustee to purchase trust property, grant a lease to the trust or take a lease of trust property, without more it does not permit a trustee to exercise any trustee powers in their own favour (e.g. making a discretionary payment of income or capital).  It is important for the drafter to understand the potential for a beneficiary to become a trustee during the trust period, and for the settlor/testator to identify if they would expect such a person to be effectively frozen out from benefitting from the trust.

There are many different provisions, with drafters adapting published precedents to meet their own personal/professional style.  Some differ subtly from the published version but have a very different effect.  Whilst I do not propose to look at particular provisions generally, I consider it is worth looking at the relevant provision in the STEP Standard Provisions, which are routinely incorporated into an increasing number of wills and trust instruments.

There are 2 sets of STEP Standard Provisions, with the 2nd Edition being adopted by STEP on 16 April 2011.

Where the STEP provisions are incorporated into any trust instrument, unless the reference is specifically to the “2nd Edition”, the 1st Edition will apply.

Both Editions incorporate provisions to manage “Conflicts of interest” (1st Edition – paragraph 6; 2nd Edition, clause 9), which are designed to enable beneficiary trustees to enter into transactions from which they benefit, and to exercise trustee powers in their own favour.  They are subject to certain conditions – primarily that there is also an Independent Trustee, although this specific requirement is dis-applied under the 2nd Edition where “the Trustees consist of or include all the trustees originally appointed under the Principal Instrument” (clause 9.4.2).

It is important the recognise that, where the 1st Edition is incorporated into a trust instrument, paragraph 6 will override the Presumption referred to above.  Even if the primary purpose of the trust is to benefit an originally appointed beneficiary trustee, in these circumstances an “Independent Trustee” must be appointed before any benefit may be granted to the beneficiary trustee.

How can a beneficiary benefit when appointed a trustee after the trust has been created?

If there is no provision to amend the trust within the trust instrument, and all of the beneficiaries are of legal capacity and, between them, absolutely entitled to the trust fund, they can jointly approve a beneficiary trustee acting to benefit themselves.  This would be by way of a waiver of their rights to take action over the breach of trust.  Alternatively, an application could be made to court, under the Variation of Trusts Act 1958, to vary the terms of the trust so as to permit self-dealing.  In certain circumstances, the courts will retrospectively sanction the trustees’ actions.

Whether or not a trust includes a power to amend, it may be possible to change the trust provisions to enable a beneficiary trustee validly to benefit from the trust whilst a trustee.  If a trust includes a power of appointment, permitting the trustees to appoint all or part of the trust fund upon such terms as they see fit (or wording to similar effect), this can be used to include the appropriate dispositive powers.  The trustees could exercise the power of appointment to appoint the trust fund on similar trusts to those which already exist, but include within the appointment power for the trustees to benefit a trustee.  This may incorporate the wording from any suitable precedent.  However, the “new” power cannot the be used to benefit any beneficiary trustee at the time the appointment was made (unless they are an Initial Trustee to whom the Presumption applies).  Such action should usually be undertaken before a change in trustees where any of the new trustees will be a beneficiary trustee.  Care needs to be taken to ensure that any such appointment of trust funds does not create a “new settlement” for CGT purposes (Swires v. Renton [1991] STC 490).

Where it is intended that beneficiaries be more involved in the operation of a trust, and making one or more of them a trustee seems appropriate, it may be possible to use the terms of the trust instrument to enable this, although the route adopted would need to be carefully considered and appropriately advised.

When looking at a trust in which a beneficiary trustee is acting, or is to be appointed, a careful review of the trust documents should be undertaken and caution exercised where it appears that such an appointment might frustrate the know intentions of the settlor and trustees.

This webinar will provide practitioners with some useful tips when advising on creating trusts and then managing trusts which may hold real property given the statutory liabilities that can face trustees.

Recordings available after the event 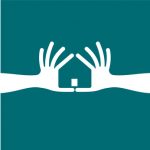 Co-ownership, resulting and constructive trusts: where to draw the line?Trusts

The pressure on the Will drafting executor dealing with the RNRBTrusts, Wills
This website uses cookies for functionality and to help us to improve the experience of the website. By continuing to use this website, you accept their use or you can also change your personal settings.