The court in this case had been asked by some of the beneficiaries of two family trusts to provide an order that the defendant, an erstwhile trustee of the trusts, should provide them with trust accounts. The judge considered when such an order could be made to compel a trustee to account to beneficiaries, and whether such an order should be made in this case even after the passage of many years since the defendant’s involvement with the trusts.

Two family trusts had been created in September 1960, one primarily holding a property and the other shares. The defendant had purportedly been appointed as a trustee of one of the trusts, and had taken on the same de facto role in the other, in 1972, but had retired from the one and ceased to have any active involvement with the other by the late 1990s. Some of the beneficiaries now sought to clarify what had happened to the trust property over the intervening years, and to that end sought trust accounts from the defendant.

Master Marsh first noted the law relating to de facto trustees: the deed of appointment of the defendant as trustee of one trust had later been declared invalid, and there had never been an official appointment in relation to the second trust.  It was not disputed by the parties that a de facto trustee has the same duties as an actual trustee — Lewin on Trusts 19th edition 42-101.

Neither was it disputed that a trustee has an obligatin to account to the beneficiaries of his trust. Thomas and Hudson’s Law of Trusts 2nd edition states at 10.146:

Millett LJ in Armitage v Nurse [1998] Ch 241 described the duty as on of the “irreducible core obligations” owed by trustees to the beneficiaries.

In this case, it was not the obligation to account that was in question, but whether the court should make an order for an account. Did the court have a discretion whether or not to make an order where a beneficiary had shown the trustee had a duty to account? If they did have such a discretion, the question then to be considered, on the facts, was how it should be exercised. Also, was the claim statute barred?

Master Marsh could not accept the beneficiaries’ argument that the court had no discretion in the matter, and had to make the order requested — there is no absolute entitlement to obtain an order for an account. He held, however, that the court will, in the exercise of its discretion, ordinarily make the order requested, and commented that, “there may be very limited circumstances in which the court will decline to make such an order”.  Nevertheless, there is a discretion even if it is one which will be applied sparingly.

Master Marsh considered the Limitation Act 1980, and held that there was no limitation period applicable to a claim for an account ‘in common form’. Section 21 of the Act provides for a limitation period of 6 years in relation to certain claims of breach of trust, but the section did not apply to this case, as there was no claim of breach of trust. Subject to the court’s discretion, the order is essential administrative in nature, and the Master did not regard this as falling to be treated as a ‘’breach of trust’ within the Limitation Act.

The Master also noted that the trustees’ duty to account must also be seen alongside an obligation to keep and to retain records. Although it is acceptable for trustees to divide their duties among themselves, so that one of them is designated record-keeper that does not absolve the trustees collectively from their duites to the beneficiaries. The defendant could not be absolved from providing an account where no documents had been retained simply because he left the record keeping to someone else.

Looking first at the trust which held a property, the Master decided that although the request for an account was a proper and reasonable one, he would decline to make an order. He considered the circumstances to be sufficiently exceptional that he should not exercise his discretion — the property was a known quantity, and there was no realistic possibility of the defendant being able to provide new information about the modest portfolio of other assets that at one time had been held in the trust.

The second trust had held a much more varied range of assets. The defendant had raised various defences to having to provide an account of these assets:

He argued that he had provided all the information that was available to him. “In this regard”, noted Master Marsh,” I express a degree of disappointment that the Defendant’s energies appear to have been principally focussed on defending this claim rather than pursuing enquiries which might help the Claimants”. The Master remained unconvinced that he had done everything that was open to him to provide an account.

He argued that he had had limited involvement and kept no records, but the papers produced to the court showed he had been actively involved. While he might not be able to produce full and detailed trust accounts at this remove, he still needed to produce the information he could in a form that was usable by the beneficiaries.

He argued that he is elderly, but the vigour with which he fought this claim showed he was capable of pursuing enquiries, and he was in a position to employ others to assist him.

Practitioners should ensure trustee clients are fully aware of their duty to account to the beneficiaries, and what that entails. They should be encouraged to keep accurate and complete notes of their dealings with trust assets, so that they do not find themselves in the predicament of having to provide, even years later, information they cannot easily access.

A court order to require accounting information to be provided to beneficiaries will not depend on there being a suspicion of, or investigation relating to, wrongdoing by the trustees. It can be made simply to ensure the trustees fulfill their accounting obligations.

The general duty to account does not appear to fall within the Limitation Act; trustees may be obliged to provide accounting information many years after they were actively involved in a trust.

This course is aimed at people who wish to master the inter-relationship between trusts and tax.  It is designed to look at good practice and procedure as well as incorporating issues of law.

Following the course participants will be able to :

Further information and to book 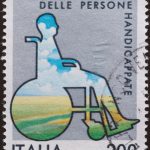 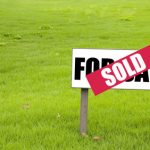 Constructive Trusts – an updateTrusts
This website uses cookies for functionality and to help us to improve the experience of the website. By continuing to use this website, you accept their use or you can also change your personal settings.